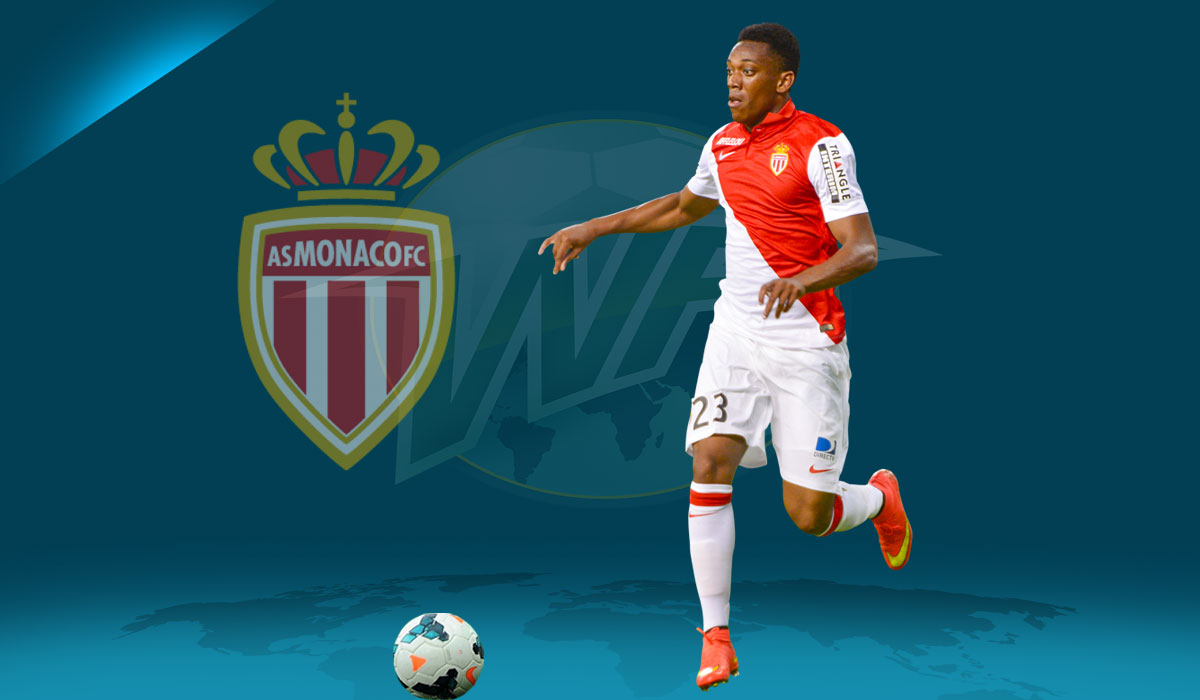 Lyon’s misfortune was Monaco’s gain, when in the summer of 2013 the 17-year-old Anthony Martial moved between the two clubs for an approximately 5-million euros.

This may seem like a extortionate fee for someone of that age, but this was a player Olimpique Lyonnais had high hopes for. A graduate from their famed academy; he was next in line to the current King of the Stade de Gerland, Alexandre Lacazette.

This was an opportunistic buy on Monaco’s behalf. Lyon needed the money, and at the time they were trying to offload Bafetimbi Gomis to Swansea City but the French striker wasn’t keen on the move. Ironically only a season later Gomis did indeed make the move to the Liberty Stadium.

Monaco took advantage of the situation Lyon found themselves in and put a bid in for Anthony Martial, a striker who made his debut for Lyon aged 16. The bid was too good to turn down and the now 17-year-old made the move.

It was a peculiar move at the time with Monaco having a talented squad, and a forward line that contained one of the hottest striking talents in world football – Radamel Falcao. He was assisted by Manu Rivierie, James Rodriguez and Joao Moutinho. He’d not get the game time that he would at Lyon, supposedly, but he’d get to train and learn from better players.

In his first season with Monaco he only managed to play 513 minutes for the first team, but in that limited time he scored 2 goals and grabbed an assist.

It was only after Falcao, Rivierie and Rodriguez left that Martial was given his chance. In the 2014/15 season he started 19 games and made another 16 appearances off of the bench, which totalled 1828 minutes. He aided the team with 9 goals and 3 assists as they finished the season in third place.

This was quite the return for a striker who started the season at the tender age of 18. The pressure of playing for the principality club didn’t seem to phase him.

In an interview on ligue1.com, he said:

“There have been some fantastic strikers here, like Sonny Anderson, Trezeguet and Henry too – I think he’s here – yes, Thierry Henry.”

It’s that last name that has some relevance. Thierry Henry. Born in the same Paris suburb as the ex Arsenal legend, there are some similarities between the two strikers you really can’t ignore.

Martial has explosive pace yet for all the power in his running you rarely see a heavy touch with the ball at his feet. Premier League viewers regularly witnessed Thierry Henry square up his marker before turning him inside out and using his pace to carry him away. It’s this mannerism that Martial has.

In countless Ligue 1 games last season the defender looked like he was showing him down the outside, before the Monaco number 23 shimmied, held the defender up, faked outside and shimmied inside with the ball practically stuck to his foot. He cut inside and placed the ball into the goal.

He does all of that in lightening quick time, yet makes it look so easy and blasé. The latter part being something he could have picked up from his strike partner last season, Dimitar Berbatov.

The Bulgarian hit-man is famed for his work rate or defensive work so tasked with this responsibility was Martial to do this for his team. He’d often drop into midfield or work both channels in order to make up for Berbatovs’s lack of movement. This in game cleverness isn’t something you’d usually associate with one so young, but he did the work and managed to score important goals. In this partnership Martial was the legs and Berbatov the brain.

Which other 19-year-olds in football can say they’ve had the honour of watching Radamel Falcao and Dimitar Berbatov up close? This experience could play a massive role in Martial becoming the player many hope he is capable of becoming.

Many have asked the question, but would Lyon have won the title last season had Martial lined up in their side?  This young team littered with academy graduates is anchored by the experienced and classy Maxime Gonalons, tasked with shielding the defence but also recycling the ball to the more influential midfielders. The defence includes two from the academy,  goalkeeper Anthony Lopes who will be the Portugal number one at some point, and the highly rated Samuel Umtiti who will likely be challenging for a start with the French National side in no time.

Beside Gonalons are another two Lyon graduates, Clement Grenier; a mercurial talent who has shown glimpses of what he has to offer. Jordan Ferri; the young Frenchman will be fully capped by the national team if he continues his form, as despite fierce competition he’s making himself difficult to ignore.

Leading the line for Lyon; Alexandre Lacazette and Nabil Fekir. The whole team is in the form of their lives, mainly because manager Hubert Fournier has taken them back to basics, to what they know, and what they excel in.

Even the neutrals must look at that and wonder what might have been with Martial partnering the irresistible Lacazette, with the magical Nabil Fekir behind them. However, they may not have to wait long to see the partnership, as it’s a tactic France may use in the coming years with Mathieu Valbuena, Oliver Giroud and Karim Benzema all either 30, or approaching that number.

France have the likes of Lacazette, Fekir, Martial and the Rennes forward Paul-Georges Ntep to build their attacks around, and it could produce better results than their current team.

For Martial though, his performances aren’t going unnoticed. Both Arsenal and Tottenham Hotspur have been linked with £20million moves for the talented striker,and he’s also been linked with a move back to Lyon if Lacazette is sold. His next move must be wise, and I hope whatever he chooses it’s best for his career. He could be a really special striker.