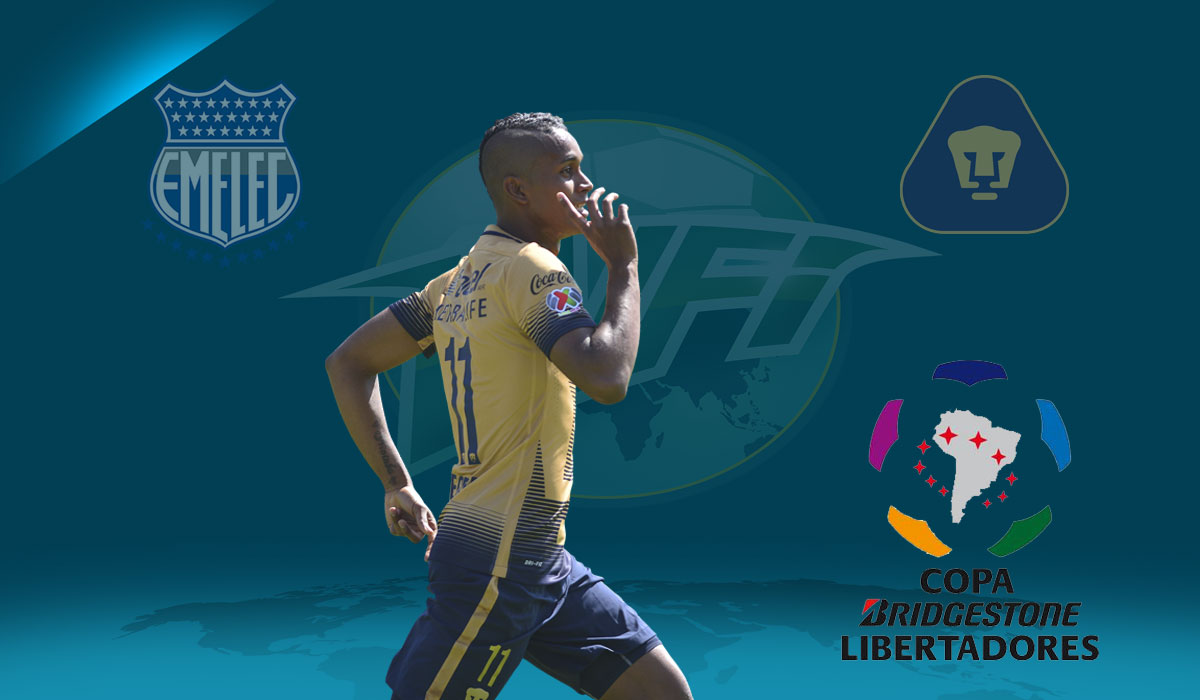 Pumas’ (UNAM’s historic nickname) hunger was very much on display on Wednesday night when travelling to face Ecuadorian champions Emelec.

While resting the majority of their starting XI the Mexican side was able to take early command of the game, scoring two goals in the opening 35-minutes.

The Universitarios would go on to double their lead in the 34th-minute as Martinez would turn provider, setting up Luis Quiñones  with a beautiful chip pass over the defence for Pumas’ second.

On the brink of half-time, Hólger Matamoros sent a stunning free kick from distance past Alfredo Saldívar to cut the deficit in half at 1-2.

The second half would be interesting as the Mexican side looked to see out the game and take all three points, putting them in position for one of the top three seeds going forward.

However, the Ecuadorian side who sit at the foot of the table and have no chance of qualification would want to end on a high in front of their home crowd.

In the 61st-minute, Pumas’ Fidel Martinez would slot home a beautifully weighted headed pass from Dante López, completing his brace and restoring the Mexican’s two-goal lead.

Emelec would be given a lifeline when Arturo Montero was called for a clumsy slide tackle on Bryan Angulo, giving away a penalty. Cristian Guanca stepped up and convert the spot-kick past Saldívar to make it 2-3.

The drama continued when, in the 85th minute, Saldivar made an overly-aggressive slide tackle on Javier Charcopa, meaning the Ecuadorians would get another crack from the spot.  But this time, Matamoros crashed his low powerful strike up against the post.

Pumas went on to win, tallying a total of 15 points in the group stage, assuring themselves a top three seed, and bettering their chances of getting deep into this tournament.

With three tough matches left in Liga MX’s Clausura tournament, Pumas sit just outside of the top eight and time is running out for them to squeeze into one of the highly contested Liguilla spots up for grabs.

This further stresses the importance of their Libertadores cup run, as it may be their last chance at silverware this season.