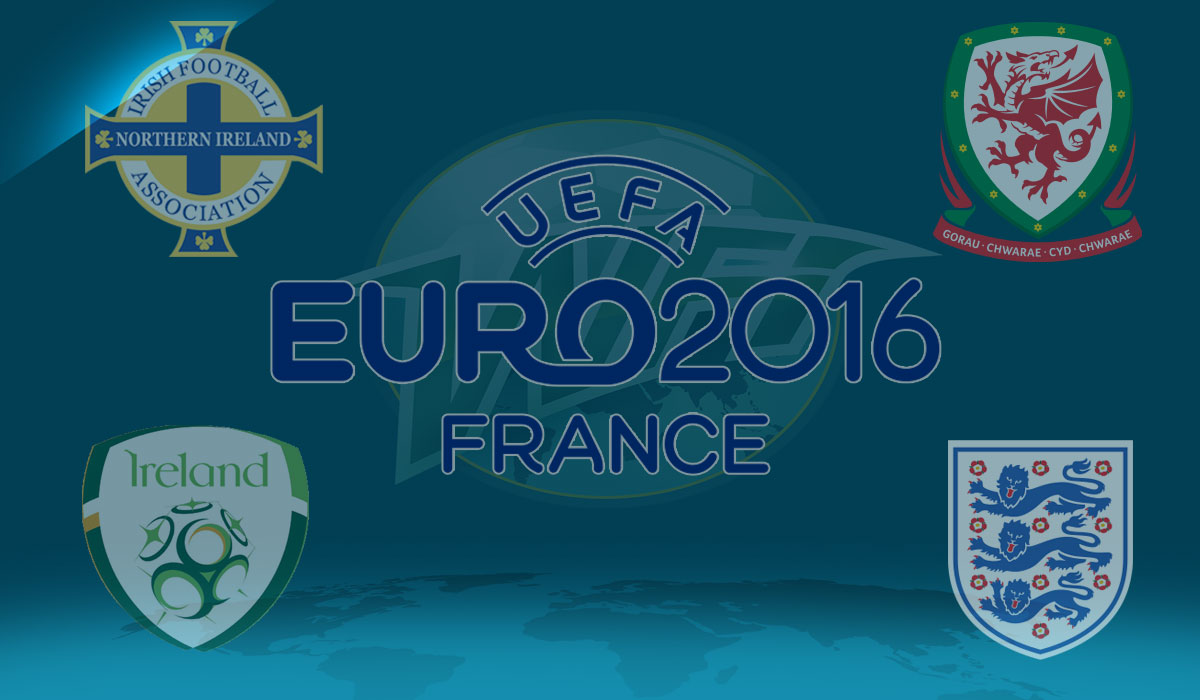 “Will Grigg’s on fire, your defence is terrified!”

If you don’t know the words to this latest football chant then extract yourself from the rock you have been residing under.

Will Grigg of Wigan and Northern Ireland fame has become the star of the chant of Euro 2016 made by a unsuspecting Wigan fan.

Unsuspecting of the fact that the video would go viral and he would be rewarded with a season ticket by his beloved club.

Whilst he was reaping the rewards of his composing skills, the chant found its way all over the Northern half of Ireland who are preparing for their first ever European Championships.

The excitement is palpable, especially across the Irish Sea on both sides of the border.

The whole country is united at the prospect of the O’Neills leading both sides out in France on June 10th.

Football fever has gripped the Emerald Island, with plane passengers turning aircrafts into what can only be described as a disco.

Flag producers must be counting their euros/pounds with glee as demands soar and the countries are bedecked in Irish emblems.

Add to all of this the slightly unhinged beauty of Roy Keane, and you have one hell of a ride around the corner.

The Welsh are in similar throes of footballing ecstasy having qualified for their first major tournament since 1958.

From erecting huge TV screens in Cardiff to the Manic Street Preachers singing for Wales, to winger Hal Robson-Kanu hailing his own achievement of switching allegiances from England to Wales in 2010.

Can’t even blame Woy for that as he came two years later. The point is that Gareth Bale and company have the home nation eagerly awaiting the championships.

None of the aforementioned teams are going to the Euros to make up the numbers. Well, actually everyone does, but you get my point.

They’ve certainly earned their spots, and while some may not give them much of a chance to get out of their respective, quite tough groups (with the exception of possibly Wales), they will certainly bring a fervour and enthusiasm to France.

Which brings me onto my next team. England.

Despite St George’s cross popping up outside the odd house here, the atmosphere isn’t as hyper as the other home nations.

Being a Londoner, I experience this first hand. Whilst you’ll always have your die hard England fanatics who will screech God Save The Queen at the top of their lungs and follow Roy’s men all over the globe, there is always a sense of indifference in the lead up to a major tournament.

You try to get excited about the upcoming championships, but then England play a pre-tournament friendly and you find yourself wanting to eat the entire contents of your fridge and the snack cupboard to forget your woes.

To top it all off, Roy’s post match interviews do little to alleviate those suicidal tendencies.

The fan base are left dissecting the managers decisions on squad selection, which players should start, where they should play and what formation Roy should use.

Although these issues are valid, we just bemoan everything a little better than them. Possibly an English trait – moaning. Also take into account: it’s rare that England miss out on qualification to the major tournaments.

There’s a sense of entitlement that we belong at these footballing bouts and should do well in them, and there may be an element of truth in that.

England should do a lot better than they actually manage to and that pressure just seems to suck all the enjoyment out of it.

Maybe the Germans and Spaniards can enlighten us as to whether that’s the case there. After all, they’re of the best in the world.

Just before a major championships, English Twitter is an endless tirade of criticisms and lamentations at the national team. No one is genuinely excited but, then again, England don’t help themselves either.

In addition, England don’t have a settled team whereas the rest do.

The Welsh and Irish teams have gone through the qualifying stages with minimal rotation, mainly due to lack of choice and squad depth, but it certainly gives them the edge over England. Hodgson still doesn’t seem sure on his first team or formation, which only antagonises the fans further.

Having said this, once the competitive matches begin the energy does gather pace, and should England make it out of their group, we’ll all get far too carried away for all of seven seconds before being unceremoniously dumped back down to earth without so much as a safety cushion to break the fall.

If only we could learn a thing or two from the Welsh and Irish fans; enjoy the run in taking the pressure off ourselves and our emotions.

There’s no doubt it’s a tough job being an international football fan.

Fans spend all year hating rival clubs football players and then, for a mind-bending four to six weeks, a Liverpool fan roots for Wayne Rooney.

It’s an inexplicable situation and the emotional stresses are appreciated.

All the more reason for England fans to chill out a little and enjoy the experience. No matter what happens with the Welsh and Irish teams, one thing is sure; they’ll have a hell of a party as they go.