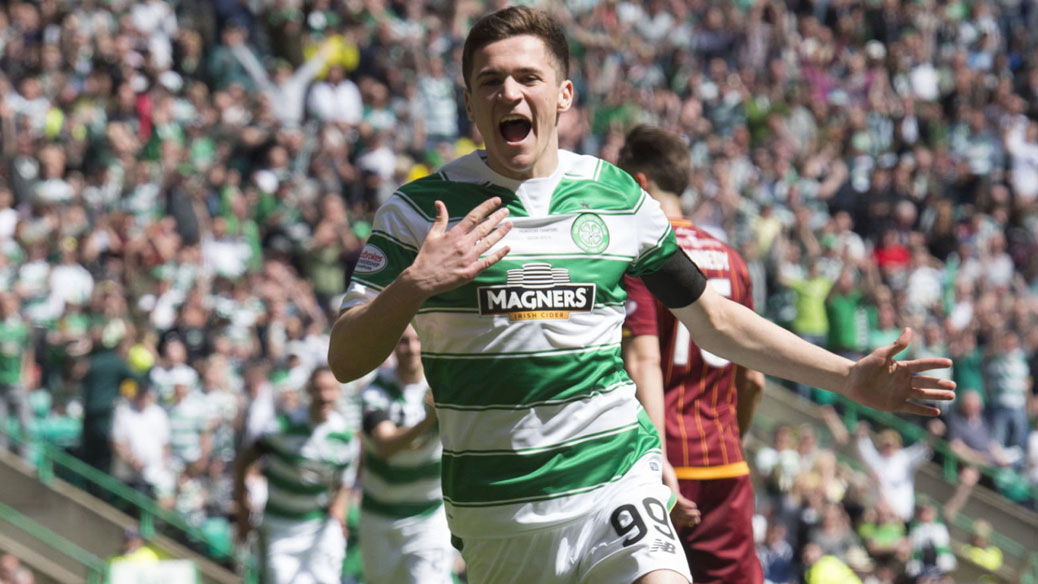 Scottish football fans are tingling with excitement as many local wonderkids started to appear in the recent years, and Jack Aitchison looks the most promising of them all.

We talked to the 16 year-old Celts player who surprised everyone last season by scoring on his first team debut and breaking a 108-year-old record. The striker is over the moon:

“Its a dream come true to be in around the first team so young, just need to keep working hard and doing what I’m doing at the moment.”

Aitchison has been with the senior squad since last season and that will improve him considering that he’s a receptive person:

“The player I admire the most would probably be Scott Brown the captain, he’s always helping me on and off the pitch… Another one is also an experienced player who has played at the top level with top players… Kolo toure”

Everyone is waiting for the The Old Firm derby which happens to be hours away, and Jack is extremely thrilled to be a part of it:

“Obviously everybody in the world wants to play in this game, its the biggest game of the year. The atmosphere and the passion is on a different level from any other game out there.”

The Scot wants to replicate the success of many Celtic academy graduates who went on to become legends of this club:

“My career goals? Short term to be playing with the 1st regularly as possible at such a young age. Long term, to become a club legend.”

Keep an eye on this Scottish wonderkid, he’s a real gem.

Loading...
Newer Post
The FAI Continue to Ignore League of Ireland Players
Older Post
It’s time for the Bundesliga to be rated as one of the world’s best.