Scouting Monaco’s Fabinho – From Full Back to Midfield 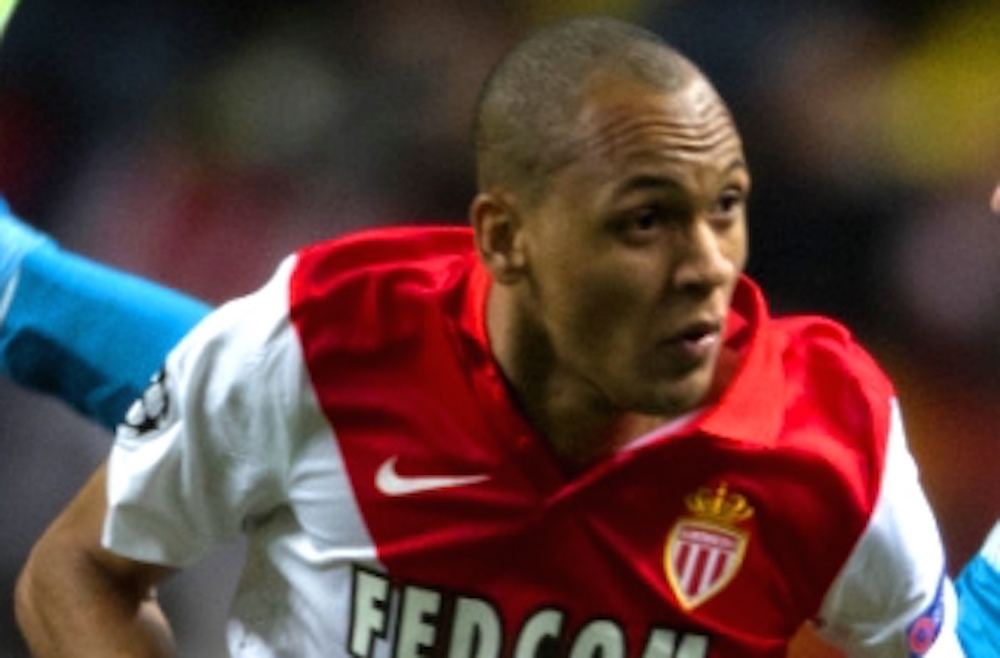 AS Monaco are experiencing something of a resurgence at the moment.

The club from the small principality had suffered a tumultuous few years. Having reached the Champions League final as recently as 2004 when they lost to FC Porto they then suffered the ignominy of relegation from the top flight in 2011.

Since then we have seen the club adopt two clear recruitment strategies.

In the first instance the club, who are bankrolled by the Russian billionaire Dmitry Rybolovlev, set out to spend their way to success in a bid to keep up with rivals PSG, who are of course backed by significant investment from the Middle East.

When the threat of financial fair play and the realities of the owners huge divorce settlement became apparent we saw a shift in strategy.

Instead of signing big name players these were all sold off at a significant profit with the funds raised invested in young talent under the age of 24.

In one transfer window we saw the likes of Thomas Lemar, Jefferson, and Adama Traore brought in to the club amongst others. Perhaps though the key to the clubs turnaround does not lie with the attacking talent brought in, but with a defensive player who joined in the same transfer window.

Originally on loan, Monaco brought the Brazilian full back Fabinho in to the club from Real Madrid. After spending two extremely successful loan spells with Monaco the French club were then able to sign the player permanently in a move that was questioned by many who support Real Madrid.

Originally Fabinho played as an attacking fullback whose pace and power in the wide areas were a key component of the attacking model utilised by Monaco.

He also defended diligently, something that is a rarity for attacking Brazilian fullbacks.

The last two seasons however have seen a change of role for Fabinho as he has been moved in to a controlling midfield assignment in the defensive midfield area.

His physical profile and calm presence on the ball has raised his profile even further, and even though the player himself still considers fullback to be his best position, there is little doubt that he is in the midfield to stay.

In the defensive phase the choice to move Fabinho from full back to defensive midfield appears to have been a stroke of genius.

Used to defending one on one against wide players as a right back, Fabinho has transferred this trait to his new role and he forms an extremely effective barrier against the opposition attacks in the central zone.

Intelligent positioning and the physical capacity to recover should he be bypassed by the ball means that the other team routinely attempt to attack down the wide areas instead of centrally.

Here Monaco are under pressure in the wide area. One of the key aspects of the role assigned to Fabinho is to cover the wide areas of the defensive third from quick counter attacks as both Monaco fullbacks push forward in to the attacking third.

This aspect of the role is extremely similar to the defensive role we saw played by Fernando when FC Porto were coached by Andre Villas Boas, and he covers the width of the field as opposed to stepping forward.

The Monaco centre back had originally moved out to cover the run of the attacking player in the wide area.

As Fabinho reads the danger he moves straight across to take responsibility for the attacking player and allow the defender to drop back in to a more orthodox defensive cover position.

The ability to quickly assess danger and quickly cover ground means that Monaco are able to defend in a flexible structure. In this example Fabinho has been bypassed by the ball. The opposition have accessed the final third and will soon be threatening the Monaco defensive line.

The physical capabilities of Fabinho mean that he is able to recover position extremely effectively. In this example he gets back in to position and is able to win possession back before the opposing team can threaten his defensive line.

This ability to recover when the ball is past is one of the key reasons that Monaco have chosen to move the player from right back into the centre of the field. Whilst Fabinho may not be a playmaker in the mould of Julian Weigl at Dortmund he more than makes up for that in the defensive phase.

Here Fabinho is again bypassed and left isolated as Spurs look to attack in the wide area.

As mentioned above we often see Fabinho reverting to a more familiar wide defensive position to cover for the attacking runs of the Monaco fullbacks.

The wide player is away with the ball and normally against a central defensive midfielder he would be clear with no chance of a recovery.

Fabinho though has the pace and power to recover his position relatively easily, and win the ball back without the opposition being able to threaten his box at all.

Whilst there is no way that we can view Fabinho as a creative controlling midfielder from his new ‘6’ position at the base of the midfield, that does not mean that he is without ability on the ball.

Indeed, when he was used as a fullback his rampaging attacking runs were a key aspect of the Monaco game model, and we would often see him move to penetrate in to the opposition’s penalty area when the opportunity presented itself.

Now though, Fabinho is far more likely to look to win possession back and then quickly move the ball in to areas of the field where there is minimal pressure, and from which Monaco can build an effective attacking movement.

Here for example we see Fabinho taking possession of the ball centrally and not trying to do anything with it that may lead to a quick turnover in possession.

Instead he quickly identifies where the space is and how best to use that space, before playing an easy pass to a team mate who is positioned to take possession of the ball without experiencing any pressure.

This awareness of space and pressure is key to the role taken by Fabinho in the centre of the pitch.

Here Fabinho is not the key to the defensive structure of Monaco as it is the adjacent midfielder who actually intercepts the vertical pass from the opposition and immediately lays it off to Fabinho.

Again, we then see Fabinho assess the space and options that are available to him before quickly playing the ball forward to the player in the advanced area of the pitch.

A more traditional ‘defensive’ midfielder may well have struggled in this scenario, due to the speed of thought and technical ability required to play this ball. It is easy to hesitate or overthink the pass and find yourself counter-pressed and dispossessed almost immediately.

Ability to beat a man centrally

This is something which I wanted to highlight despite the fact that we do not see it that often from Fabinho.

When he played as a fullback, as I have already mentioned above, Fabinho was extremely productive as an attacking threat with his capacity to beat players in the wide areas.

There have so far been some indications that he is becoming confident enough in his central role to start doing the same and go past players to beat the initial line of pressure.

Having a player from defensive midfield with the ability to take on his immediate opponent and beat them would be a huge attacking asset to any team, as when a player is beaten centrally it causes extreme stress on the defensive structure. Here he takes a headed pass from the centre half under pressure from behind as the opponent looks to force a quick mistake.

Instead we see Fabinho flick the ball over the opponent’s head before bursting past him and in to space.

This simple movement is extremely effective in breaking the opponents press and should we see more of it this will certainly see a more complete midfield player emerging.

The experiment to move Fabinho from right back to the centre of midfield certainly appears to have been a positive one.

He brings natural leadership qualities along with the capacity to both defend effectively and to enable the attacking movement through simple passes and an awareness of space.

Unfortunately for Monaco they are unlikely to be able to keep the Brazilian at the club for much longer, and I would expect a move to one of Europe’s biggest sides to be on the horizon.