An Alternative Future for Antoine Griezmann 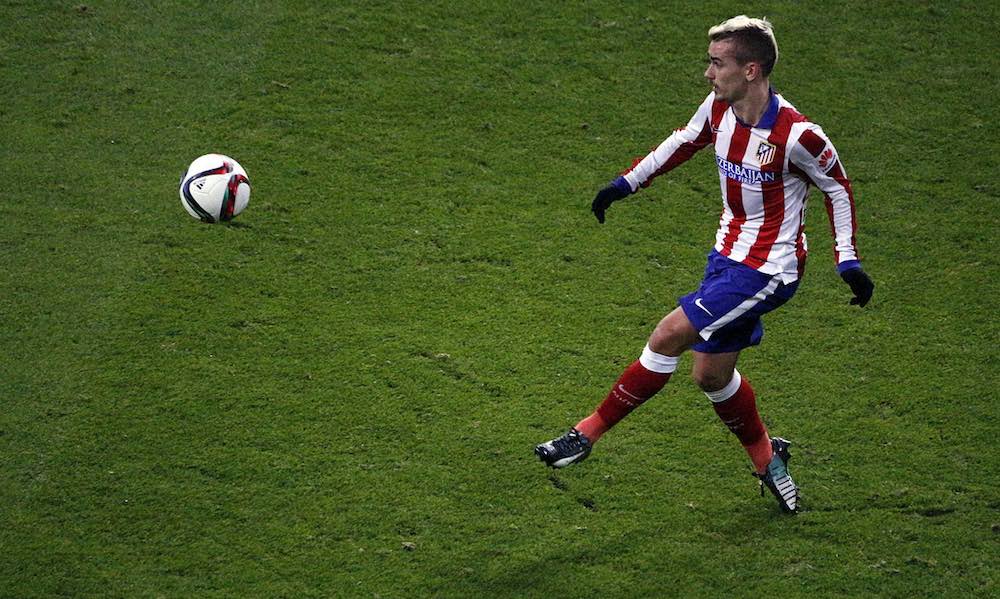 Although we are only at the beginning of March, a summer transfer saga has already begun. The future of French international Antoine Griezmann is already filling the back pages of the UK red tops, but the likelihood that the forward will leave Atlético Madrid in the summer of 2017 is far from a certainty, despite the best efforts of the tabloids.

We all love a transfer story, so it’s easy to see why he’s good copy.

The talented striker is believed to have a release clause in the region of €100 million at the La Liga club — a figure that would limit the likely destinations of the 25 year-old.

He appears to have no desire or ambition to head to the Chinese Super League just now, so it’s easy to rule that out.

Manchester United, Manchester City, Chelsea, and Arsenal all hold an interest in Griezmann and would be keen to acquire the Frenchman.

A return to France with Marseille (and their new found wealth) or PSG may also tempt, although a move to Ligue 1 is perhaps less challenging.

Serie A options could be limited to Juventus, but the Old Lady look well stocked in that department.

It is also entirely possible that Griezmann may opt to stay a further year at the Vicente Calderón Stadium.

The Red Devils appear to be leading the way in the pursuit of the former Real Sociedad man and it’s common knowledge that Old Trafford deal maker Ed Woodward has money burning a hole in his pocket.

Jose Mourinho’s men are far from guaranteed qualification for next season’s Champions league and with Atlético Madrid likely to qualify for the competition it may not fit in with Griezmann’s career path.

A move to play along side his close friend and Les Bleus colleague Paul Pogba could sway him, however.

The combination appeared to struggle to find a fluent formation to play together at Euro 2016, and Didier Deschamps’ side looked all at sea when playing them together at the tournament.

Pogba appears to play better in a 4-3-3 formation whereas his compatriot tends to prefer being a second striker in a 4-2-3-1 system. There’s no doubt that would have all eventualities meticulously planned out, though, and would find a starting eleven that suits both if he signs for the Old Trafford club.

It’s long been thought that the Ballon d’Or finalist’s future at Atlético may be linked to the long term future of Diego Simeone.

The Argentinian manager is coveted by many European heavyweights, but as things stand Simeone is likely to stay until the summer of 2018, unless now the inevitable departure Arsene Wenger tempts him to the Premier League.

Griezmann has built a strong bond with his fiery manager which can not be underestimated.

There’s also an idea being floated around that Atlético may need to sell Griezmann to fund the building of their new stadium. This appears to be no more than a convenient coincidence and Los Colchoneros are unlikely to need to cash in on their most valuable asset.

Making a big move the summer before a World Cup sometimes weighs heavy on a players mind. If the player is slow out of the blocks at his new club his place in the national team may be in jeopardy.

Loyalty is also bound to be a key factor in Griezmann’s future. Atlético are presently in the middle of a transfer embargo, and with the club unable to field new signings until January 2018, finding a replacement for Griezmann from within the squad would prove extremely problematic.

It’s clear that the player has an affection towards the club where he won a La Liga title, and towards Simeone, so leaving them vulnerable in the summer may prove a step too far.

People do say there’s no loyalty in football these days, but this relationship is sure to test that thinking. Super agents are no doubt circling already.