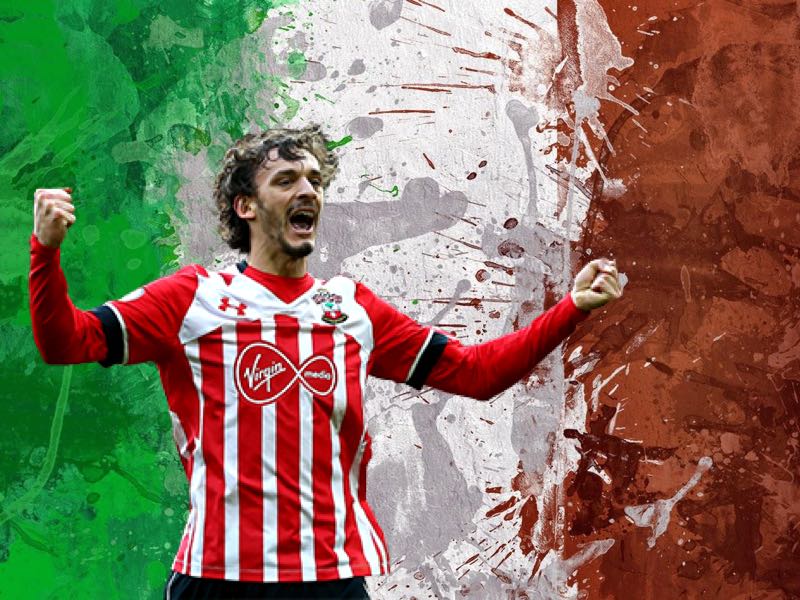 Oftentimes, this is our fault – humanity, that is. We operate and function by day, which by proxy means we rest at night. No law of nature requires us to do this, and yet it is precisely what we do. This broad assembly of time as a construct dictates aspects of life further up the pyramid as well. Christmas is at the same day, same time, every year. My daughter, born at 9:59 p.m., will have to wait past her bedtime to officially begin a new year of life.

Close of business is five o’clock p.m.: evening. Emails are time-stamped for promptness, and often they request the recipient to return that punctuality in kind with their response. Breakfast at fast-food restaurants ends at 10:30 in the morning and, if you’re not paying attention, you might miss the “penny brews” hour at the local pub.

In many ways, it seems arbitrary and unnecessary to place so much importance on the constriction and organisation of time.

For footballers, though, time is everything – whether it be time constraints built into the system – for example season length or those precious few added minutes at the conclusion of a match – or dictated by the individual player’s bodies. Time is not infinite for them. Moreover, it is finite in an infinitely unknowable fashion – some knees break down faster than others, and there’s seldom veritable evidence of each player’s rate of decomposition before they have reached their later years. It is also impossible to guess when, or if, that career-ending tackle will come.

Some footballers are afforded all the time in the world, whether for success or for failure. Others waste away without a single glowing opportunity.

Manolo Gabbiadini, once the “bomber from Calcinate,” has had a tough relationship with time.
Until his transfer to Southampton, Gabbiadini has been a bust and a saviour – a first team shoe-in and entirely out of favour – a great marksman and a ghost on the pitch.

The general narrative tends to warp through Gabbiadini’s career and find a striker hungry for form, though sometimes unable to find it. In some respects, this is not entirely inaccurate. It took ten matches and over 600 minutes played for Gabbiadini to find his first U-19 goal for Atalanta in 2009. Even more time – nearly six months – passed before he found his second.

Finishing that season with just five and never earning a call to the just-relegated first team, Atalanta were through with the sixteen-year-old.

His move to A.S. Cittadella was no different. Scoring his first goal for the club in December, almost a year after his last, Gabbiadini took some time adjusting – something few young talents can afford when trying to make their mark on the game. There was a burst of productivity towards the end of the 2010 season that showcased the player in his true form, including two goals and four assists in six matches, but little more.

As Atalanta earned their promotion back into Serie A in 2011, so too did Gabbiadini with a transfer back to his former club. His patience in Serie B brought the young forward what he desired in the form of top flight football, but as history had shown, the boy needed time. Unfortunately, Gabbiadini took it – in 23 appearances over the course of the season, he scored once – once – for the first team.

Gabbiadini is, in some ways, a typical Italian striker in the classical sense – see goal, make space, swing foot. If he is played through the defensive line, do not waste too much time hoping for a flat pass across goal. He strays little from his position, whether it be as a centre forward or jutted out onto the wing. He trusts his left foot not just with his life, but with the life, and sometimes death, of his club. For Gabbiadini, space at the top of the box invites a pop from distance more often than playing a teammate through.

He creates space for himself with little intricacies in his footwork that throw defenders off balance. Gabbiadini’s knack to play just onside is quite precise, but when against above average defenders it can cause him problems. He absolutely pummels the football when having a shot.

Despite his lack of top-flight output, articles raved over and over about the potential of the forward. “He has…a potent and precise left foot.” Comparisons to Robin van Persie. “[He has] the speed, despite his height, to slip through cracks in the defense.” Comparisons to Francesco Totti with more mobility. Projections to be the next unstoppable Italian striker, with fellow youngster Lorenzo Insigne from Naples to be his partner.

As they say, the hype was real.

So much so, Juventus came to Bergamo to conduct talks with Atalanta for Gabbiadini.
Those conversations were successful – Gabbiadini became a Juventus player in the summer of 2012, and was subsequently sent on a year-long loan to Bologna to, hopefully, with time, prove himself.

It was November when he scored his first goal. Gabbiadini did, in all fairness, take the following two months to score every other match, but it took too much time to find his footing in yet another new environment. Ending the season with six goals from thirty appearances, Juventus decided they had spent enough time on the striker and looked to earn their €11 million back.

In 2013, one of the few clubs interested in taking Juventus up on that offer was Genoa based club Sampdoria, who had just spent their first season back in Serie A after a disastrous 2011 relegation finish. Possessing a strike force primarily comprising of a young Mauro Icardi, a potent but aging Eder, and nomadic might-have-been Maxi Lopez, Sampdoria struggled for goals in 2012-13 and were fearful of dropping out of the top flight again if they did not find the back of the net more frequently.

Inter Milan snapped at the chance to pry Icardi from the Genovese side during the summer of 2013, and those funds were nearly used up when Sampdoria took the chance on Gabbiadini. His time over at Juventus, the striker simply hoped for patience, service, and greener pastures.

To say his time at Sampdoria was the blossoming period for Gabbiadini can be debated in a few respects. Whether in support or opposition of the claim that the Genovese club helped Gabbiadini achieve what he has to date, there is a clear divide in productivity from before and after his transfer to Sampdoria. The forward still took his chances from range, as any poaching striker will do from time to time. But they became less frequent, with more dip and curl placed on the ball. His passing became more precise, and Gabbiadini generally began playing with his side on the pitch rather than trying to simply be the team.

His ascension to the upper echelon of football was not complete – and still is not, make no mistake – but there was progress.

In eighteen months, Gabbiadini’s improvement as both a striker and a footballer is clear. He scored nearly as many goals (7) in the fall of 2014 as he did the previous year (8). His productivity when playing on the wing grew as well, linking the ball with fellow forwards and overlapping runs instead of simply cutting inside and having a go at goal.

This was enough, it seemed, to be back on the radar.

The issue with moving to Napoli in January 2015 was not that Gabbiadini wasn’t ready for another “big move.” Nor was it the acceptance of having to earn a starting place at a club with a slew of attacking talent.

Quite simply: in time, circumstances change.

Rafa Benitez, renowned as both a manager and for having a knack at unearthing strikers, saw what many believed Gabbiadini potentially possessed as a footballer. With a little time, why couldthe bomber from Calcinate not fulfill that hype that had surrounded him?

The transfer to Naples made sense from a squad-strengthening perspective as well. Napoli, at that time, had a squad with plenty of forwards, but only one true, trusted striker in Gonzalo Higuaín. José Callejón, Lorenzo Insigne, and Dries Mertens were better suited as wingers or attacking midfielders. Michu, then on loan from Swansea City, had been lost early on to a season-ending periostitis flare-up. And Duván Zapata, once a Colombian prospect touted to reach great heights, was not used often by Benitez, presumably for tactical reasons.

And, at first, it proved a quality move. He scored eight goals from January to May, including a five-in-six run at a crucial time towards the end of the season when Higuain wasn’t netting at his normal rate.

Cut to summer. Benitez out, Maurizio Sarri in. Slow, possession football out, fluid and direct attack in.

Cut to winter. Callejón, Insigne, and Higuaín are healthy and playing beautiful football. Gabbiadini takes a backseat at times to Mertens, who is tinkered with as a false nine.

Cut to May 2016. Napoli finish in second after a wildly successful season. Higuain had the campaign of his life, earning him a big money transfer to Juventus. Gabbiadini’s path to the first team was clear for around two months of the offseason until Arkadiusz Milik is brought in from Ajax. The Pole, considered by many to be a very close replica of Robert Lewandowski, was always going to get into the first eleven as soon as possible.

Even when Milik suffered a ruptured cruciate ligament, an injury that kept him out of the side for nearly four months, Gabbiadini was not afforded the time. Mertens was preferred as a false nine, even though the system took almost a month to work out tactically on the pitch.
Time, indeed, is precious.

Which is presumably why Gabbiadini now plies his trade in England for Southampton – a surprising move, considering the general assumption was that Gabbiadini was happy to fight for his place at Napoli. He apparently was not. He wanted time: minutes on the pitch, training time with a first team squad, one-on-one time with a manager that wanted him around.

The transfer was surprising. His first goal in his first appearance was surprisingly well taken, despite losing 1-3 to West Ham United. His brace during the 4-0 thrashing of Sunderland was the catalyst for Southampton’s scoring. His second brace, which should have been a hat trick, nearly won Southampton the League Cup against Manchester United. And Gabbiadini, if you can believe it, scored again this past weekend in a wild 4-3 finish at Watford.

Time, in a general sense, is constricted only because we humans have chosen for it to be so. It is, however, important to note that some restrictions on time are enforced upon us as individuals, whether by another person or by a cohort of people.

Sometimes these enforcements on our time are laid down upon us by friends or loved ones; sometimes who we work for or subject ourselves to dictate them to us in a “comply or die” fashion that is both unfortunate and, at times, unavoidable.

For Manolo Gabbiadini, it has often been unfortunately unavoidable. Southampton have reigned in the player and unleashed him from the cage that has been time not-well-spent. What has sprung forth is six goals – important ones, nonetheless – from four matches and nearly a trophy.

Time, for once, has been kind to the bomber from Calcinate.