Atlanta United Should Build On Their City’s Soccer Foundations, Not Discard Them 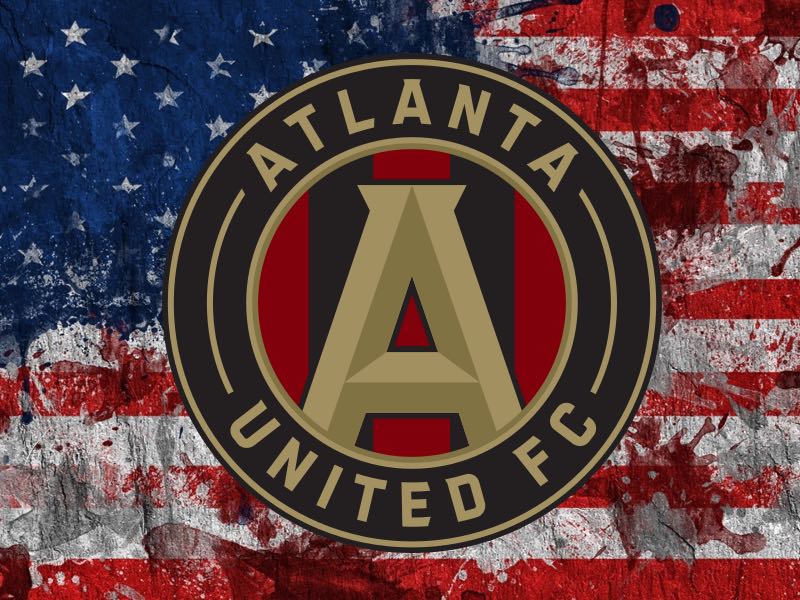 As the city looks forward to a new soccer dawn, WFI Friday takes a brief look at the history of the sport in the Georgian capital, and what could be in store for the new side.

Atlanta already had a soccer team.

Atlanta Ruckus formed in 1994 from the embers of Atlanta Magic, and this new team would eventually become the Atlanta Silverbacks.

The Silverbacks played in the USL A-League or first division from 1999 until 2008, before going on to become one of the original teams in a new NASL competition in 2011.

The Silverbacks struggled in recent years and were suspended by the NASL in 2016. They now play in the National Premier Soccer League, which is considered the fourth level on the imaginary United States soccer pyramid.

Like many other American cities, Atlanta has a soccer history which is rarely written about. One of the more interesting soccer stories in the region is that of The Atlanta Chiefs, who existed in various guises between 1967 and 1981, playing in the original North American Soccer League.

They were the deep south’s first national professional sports team to win a championship when they took the 1968 NASL title, defeating the San Diego Toros over two legs.

After a 0-0 stalemate in San Diego, the Chiefs were able to score three goals without reply in the return leg in front of almost 15,000 fans at the Atlanta Stadium.

Motaung would later go on to found the famous South African club, Kaizer Chiefs, whose name, logo, and branding is heavily influenced by the Atlanta side.

During the year of their title win. the Chiefs would also claim a triumphant 3-2 friendly victory over English champions Manchester City.

“They couldn’t play in the fourth division in England,” commented City manager Malcolm Allison after the game. “The kid who scored the last goal was offside by at least four yards. The officials just didn’t catch it. There’s nothing you can do about it.”

23,141 fans watched this match — Atlanta’s first 20,000+ crowd for a soccer game — but even more turned up for the rematch in which the Chiefs triumphed again, winning 2-1 and no doubt motivated by Allison’s comments.

“When you’re used to playing in 40 degrees and then suddenly play in weather twice that, then it has to make a difference,” complained City midfielder Francis Lee after this second defeat. “Atlanta played well, real well, but again we didn’t. The heat just took too much out of us.”

These memories can often be lost as a new franchise begins, but it’s important for soccer in Atlanta, and across North America as a whole, that its rich but rarely discussed history remains part of these new teams rather than being erased.

Just as English soccer didn’t begin with the birth of the Premier League in 1992, soccer in North America doesn’t begin and end with MLS.

But as things stand there is no doubt that MLS is the premier soccer league in the United States and Canada, and to that end it will be interesting to see an Atlanta based team taking part.

MLS expansion sides traditionally struggle to reach the playoffs, so the task for Atlanta and fellow 2017 newcomers Minnesota United, is to hit the ground running and at least show signs that future seasons will be fruitful even if this one isn’t.

The playing staff also have a South American feel, and the club’s three designated players consist of an Argentinean, a Paraguayan, and a Venezuelan.

Héctor Villalba joins from San Lorenzo and, like Yamil Asad who joins on loan from Vélez Sarsfield, he’s a player with great potential who’s never quite done enough to earn that lucrative move to a European league.

Villalba is a hardworking right winger who’ll provide industry on his flank even if he’s not producing goals and assists. If he adapts to his new environment then he could become one of the most eye-catching players in the league.

He’ll have no doubt taken a few pointers from Montreal Impact star and fellow Argentinean Ignacio Piatti. The pair won the Copa Libertadores back in 2014 when they were team-mates at San Lorenzo.

Asad is a versatile and skilful forward who will also looking to prove a point this season. The fact he’s only on loan from Vélez means this could be a move which either puts him in the shop window for European clubs, or convinces the Buenos Aires club that they can’t do without him next year.

Another versatile attacker, Venezuelan Josef Martinez, joins on loan from Torino, and in Miguel Almirón Atlanta will hope they’ve found their own Piatti, as the silky Paraguayan will hope to create chances for the array of forward runners he’ll have. Conversely, Chilean central midfielder Carlos Carmona is likely to be the unsung hero in the centre of the park, winning the ball back for his team before making the simple pass forward.

Leading the line will be the considerable presence of Kenwyne Jones, and the Trinidadian could be the perfect foil for the tricky, pacy attackers who’ll make runs off him.

With Martino at the helm the club will be well worth a watch this season. They could be a rare example of an expansion side reaching the playoffs, and maybe an even rarer example of one winning something.

Regardless of what happens on the pitch, MLS sides are often judged on what happens off it, particularly when it comes to supporter culture, attendances, and stable ownership.

Because relegation isn’t a thing, languishing in the lower regions of a conference for multiple seasons can lead to a bland, featureless existence which tests the large amount of casual supporters on the periphery of the hardcore fanbase.

Speaking of supporters clubs, Atlanta already has several of those, which in itself is a strange concept. In MLS these groups tend to form artificially rather than spawning organically during a club’s journey.

There is, however, a supporter group which stands out in Atlanta, and that group is the Terminus Legion. As well as supporting the city’s MLS side, they’ve also show support for the aforementioned Silverbacks.

“Terminus Legion made a decision in 2014 to be there for the Silverbacks, as part of our commitment to support soccer in Atlanta at all levels.”

What becomes of the Silverbacks remains to be seen, but in the centre of town United will hope to put Atlanta back on the soccer map, as the Chiefs did back in 1968.