Fabinho: Right Back in the Middle 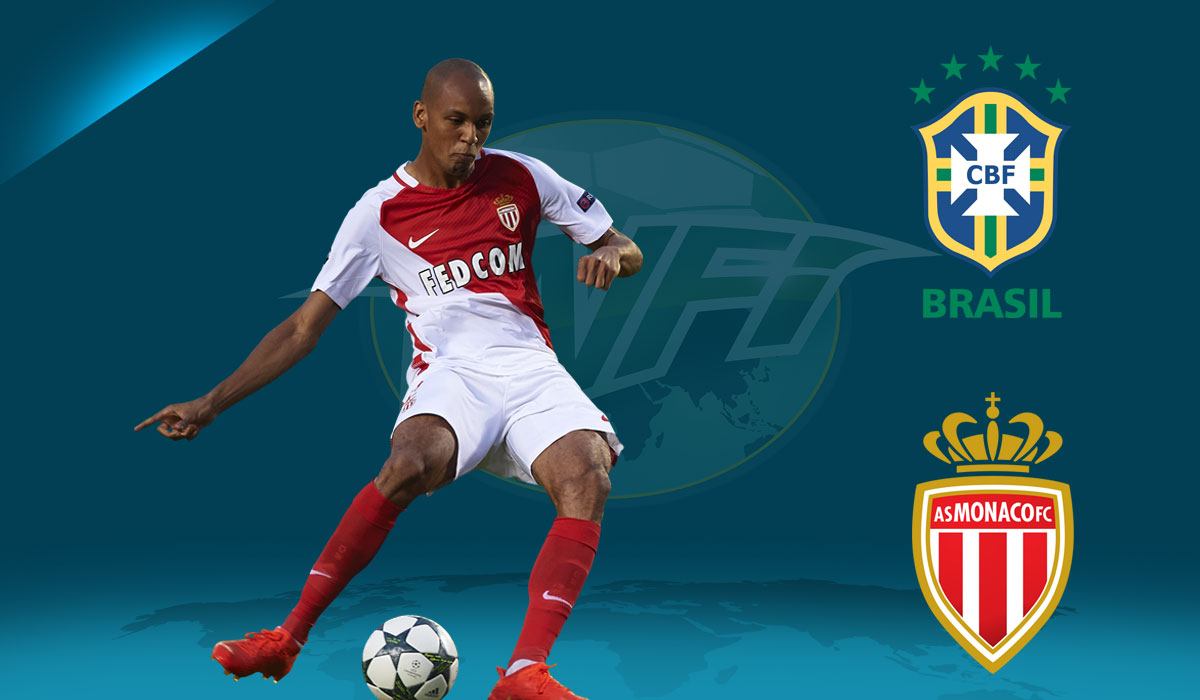 Fábio Henrique Tavares — more commonly known as Fabinho — has the defensive and attacking traits of a full back, but also the tactical discipline, technique, tenacity, and intelligence of a central midfielder.

And it’s no fluke. His rise in the game is the result of good scouting, open-minded coaching, and a good amount of skill and determination from the player himself.

Part of his story is told by the fact that the Brazilian has just four caps to his name, even though he’s already 23-years-old.

He’s been under the radar; ploughing away at his career in Europe in a quiet, workmanlike manner. His trajectory has been similar to that of compatriot Roberto Firmino, who also had to wait until he was a few years into his 20s for national team recognition.

Even though Fabinho was a better right-back than many of those being picked for Brazil under previous managers, he wasn’t a big enough name to register on their radar.

Now a call-up seems inevitable, especially as he’s competent in two positions, and the player who didn’t make an appearance for his club back home — Fluminense — could soon become a familiar name in Brazil.

Right Back to Midfield

Fabinho first played in midfield during the 2014/15 season when it became apparent to Monaco’s then new manager, Leonardo Jardim, that the player had the qualities to play a more pivotal role in the side.

At right-back Fabinho was a dynamic all-rounder. He had the size, speed, and anticipation to defend well in one-on-one situations, as well as the vision and technique to make things happen in attack.

As Lee Scott wrote in his analysis of the player for World Football Index last year, the Brazilian has transferred many of his full-back qualities to his new position, and these strengths have helped him adapt quickly.

There’s no doubting that he would have become one of the best right-backs in the world, but he was so good out there that Jardim thought he was wasted on the periphery of the pitch, and decided to give him a more influential role.

One of his earliest appearances in midfield came back in February 2015, when Monaco took on Stade Rennais in the French Cup.

His shift into the centre allowed Almamy Traore to come in at right back, and the teenager managed to get his name on the score-sheet, as did Anthony Martial, who now plies his trade in the English Premier League.

Fabinho also appeared in the position during a visit to England in the same month, when Monaco defeated Arsenal by three goals to one at the Emirates. The win gave Monaco the platform to progress to the next round on away goals at the North London club’s expense.

Fabinho has been a revelation since moving into the middle, and his performances will inevitably attract interest from clubs who prefer to scout with their cheque-books, rather than with their own initiative.

The Premier League is always mentioned as a destination when a player begins to shine at a club which isn’t Bayern Munich, Juventus, Barcelona, or Real Madrid, and Fabinho’s attributes could well see him follow former team-mate Martial to England.

This Monaco team is packed full of prodigious talents. Kylian Mbappé, Thomas Lemar, and Bernardo Silva are all tipped for greatness, while a host of other U23 stars lie in wait on the outskirts of their first eleven.

Fabinho, though, is the glue that holds it all together. His is a position which has been vital throughout the history of football, but one which is now only beginning to be appreciated again.

The Makelele Role is often discussed (even though the Frenchman wasn’t the first to play it) but rarely valued.

However, the rise of technically gifted destructive midfield linchpins such as N’Golo Kante, Casemiro, and Maxime Gonalons — to name just a few — has seen the position become more fashionable, and more teams are now looking for one of their own.

Fabinho is the ultimate acquisition for the position. He’s succeeded where the likes of Romulo and Sandro haven’t. The pair had great potential to be Brazil’s next great volantes but have failed for various reasons including bad luck with injury, while Fabinho has come up on the rails late in the day and now looks to be the real deal.

As one group of Brazilian defensive midfielders fade, another will bring new life to a position which was pioneered by Zito during Brazil’s 1958 world cup win in Sweden.

Fernandinho and Luis Gustavo are being replaced by a new breed led by Fabinho and Casemiro.

Other players in with a chance of joining the pair include Walace of Hamburg, Santos prodigy Thiago Maia, and Danilo Barbosa.

The Next Gilberto Silva

In the shape of Fabinho, Brazil might finally have found the heir to Gilberto Silva, another player who started out in defence and moved into midfield.

The former Atlético Mineiro man won the World Cup in 2002 and was part of the 2003/04 Arsenal Invincibles side, but has never been replaced for either club or country.

Fabinho displays many of the physical and technical attributes once shown by Gilberto.

He has the height of a centre back, the pace and anticipation of a full back, and the footballing gifts of a midfielder.

While Mbappé, Radamel Falcao, Lemar, and Bernardo Silva take the limelight further up the pitch, Fabinho is the team’s most valuable player as he gives these players a platform on which to shine.

Kante looks set to win player of the year awards in England this season as his role is finally recognised.

Next season, he could have competition from Fabinho.