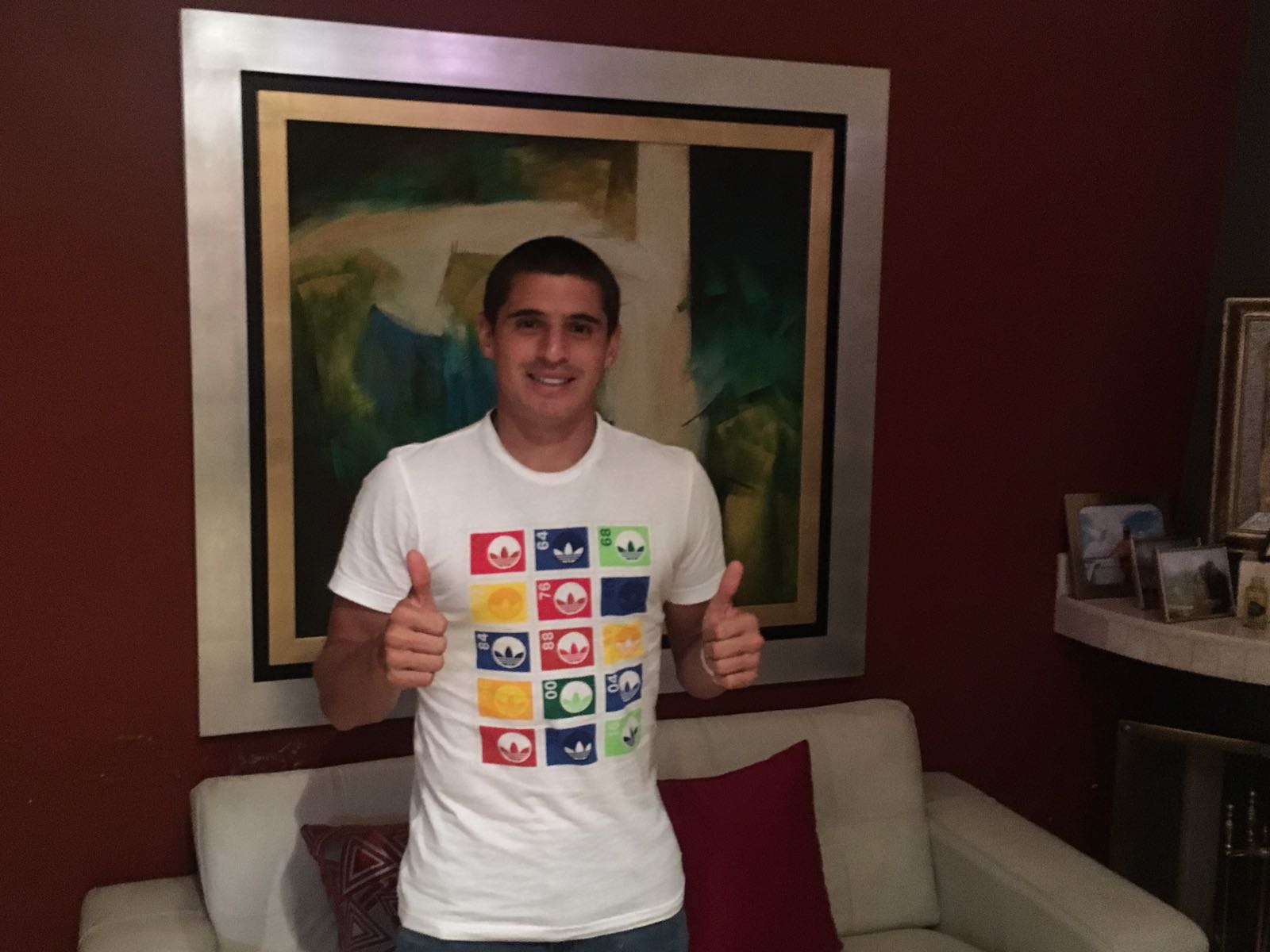 How do you feel about the upcoming international break?

Good! I feel really good. Calm, always with lots of hope. It’s a new challenge for my career and for the country. We know that we have important matches coming up so we try to go about it the best way possible and always motivated!

It’s a new challenge for my career and for the country.

We know that we have important matches coming up so we try to go about it the best way possible and always motivated!

You won a spot in the starting 11 after the 2-2 draw with Ecuador in the Copa America. It was against Brazil, one of the biggest teams in world football. How did you feel when you got this opportunity?

I felt very proud because playing against Brazil is not an opportunity that shows up in your career that often.

Brazil is one of the best teams in the world. I was very proud and was also very motivated. Playing against very tough opposition that play a good standard of football. It was another challenge in my life. I was happy because I knew I was at the level and I had the chance to give it my all.

You earned a call-up last year for your efforts with Deportivo Municipal, but you are still playing in the Peruvian league and you go from having to mark players from the Peruvian league to the world’s superstars. You have already had to mark Neymar, Angel Di Maria and Alexis Sanchez. How much extra effort and concentration does it take?

For me, any opposing player is difficult to mark. It doesn’t matter if it’s a player from the Peruvian League or not. I take all opposing players seriously.

Of course, though, opposing players who play in more important leagues does need extra effort and concentration.

I think that concentration is key in order to be able to compete against the world’s superstars.

That said, in the Peruvian League I’m still fully concentrated, however when I play games with the Peruvian National Team, it’s a bit more complex. It does require more concentration because the games I feel are more at stake. The points at home are key.

In the last international break, Peru played at home against Brazil. The team lost 2-0 and it was after a historic victory away to Paraguay. This hurt all the fans who were hopeful and surely it affected the players as well. Can you tell us how the dressing room felt after that game?

Yes, it was tough in the dressing room. We were all really optimistic of winning that game. A lot of expectation. We knew that if we won that game, we would get close to the playoff spot.

Unfortunately, we couldn’t do it. The players were sad, the dressing room was a quiet. That is normal whenever we lose a game but I felt it more in this case because it was a key game.

We knew that we played a great game, and really they were unfortunate mistakes that led to the goals. That was probably what hurt us the most. The match was close but we weren’t able to win despite that.

Here in Lima we’ve had a very hot summer. You will be travelling to Maturin in Venezuela where it will be a similar temperature. Do you think there is a difference between playing the match right after a hot summer than playing it in a chilly winter then travelling to the heat which affects the other teams so much?

Truth is, I’ve never played in Maturin. I couldn’t tell you if it’s hot or not. They say the heat is there though but here in Lima it’s been a very hot summer and we’ll go to Venezuela with a lot of spirit.

We will go to try and compete and win ourselves the three points with or without the heat.

Who do you think is the most dangerous player on the Venezuela team?

From what I’ve seen of the qualifiers, Venezuela is a good team. They play very good football. We know that they have good players who play in Europe. I can’t remember all the names off the top of my head, I recognize the faces more from a few plays I’ve seen on video.

However, we know that there is Salomon Rondon who is an excellent player. Also Arquimedes Figuera who plays with me here at Universitario de Deportes.

They have players in Europe who can make a difference but I also believe that we have players who can compete.

The next game is at home vs Uruguay. The last time Peru hosted Uruguay, the game ended 2-1 in favour of the visitors and it was the game that pretty much ended our 2014 World Cup hopes. It ended with a lot of controversy from the referee and Luis Suarez. How do you think the Uruguayans will be received?

It will be a very tough game. Playing Uruguay is always complicated. They have a lot of spirit. Although right now, I’m only thinking about our game against Venezuela.

After that game, I will turn my complete focus to the Uruguay game.

However I think for Uruguay it could be a hostile atmosphere for what happened in the last World Cup qualifiers, but I hope that we will get a positive result for ourselves and of course the whole nation.

Thanks for your time Aldo, I wish you all the best!

A WFI interview by Brian Bertie in Peru.

You can watch the full interview below (in Spanish)