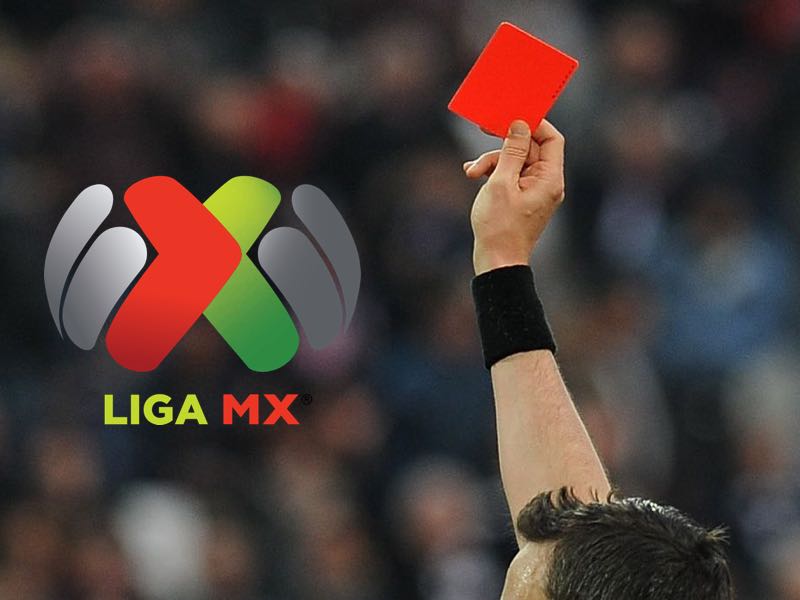 On Friday night Liga MX referees announced that they would strike on matchday 10 of the Liga MX Clausura. As a result matchday 10 was suspended, which adds another plotline to Liga MX, which more often than not acts like a telenovela rather than a football league.

The drama peaked on Wednesday night’s Copa MX game between Toluca and Morelia. At the start of halftime, everything appeared normal with Toluca, currently fifth in the Liga MX Clausura standings, comfortably beating relegation candidate Monarcas Morelia 2-0.   By the 65th minute Morelia, however, managed to rally, and equalize the score line. What happened next would spiral into the latest chapter of the telenovela that is Liga MX.

In the 82nd minute Toluca’s Jesús José David Méndez was sent off with a second yellow card. What followed was four minutes of madness from Toluca’s squad.   Several Toluca players crowded the referee, and Toluca goalkeeper Alfredo Talavera, who was already on a yellow card for time wasting, was sent off after he said something to the referee.

Instead of calming down the situation, however, more Toluca players lost their cool, and Enrique Triverio was quickly issued a red card after he shoved referee Miguel Rodriguez in the chest. Four minutes later Toluca also lost their head coach Rolando Cristante after he said something to the fourth official.

Behind closed doors a major event was unfolding. For the referees, the situation at the two Copa MX games was the final nail in the coffin of what they felt has been a symptomatic problem in Mexican football.
On Thursday afternoon the referees union threatened to strike if there were no severe punishments against Aguilar, and Triverio. The league then announced on Friday that Aguilar would be suspended for ten matches, and that Toluca forward Triverio would be suspended for eight games.

Aguilar would therefore miss the remainder of the Clausura, and the first game of the playoffs, should América qualify. His name quickly trended on Twitter in Mexico on Friday night with many América fans feeling that the punishment was too harsh.

The suspensions, however, were not harsh enough for the referees union. Friday night’s game between Veracruz and Puebla, which was supposed to be played in an empty stadium due to fan trouble on February 17, had to be called off after the referee Luis Enrique Santander refused to direct the game.

Liga MX is often described as a telenovela. A league that adds stories every weekend, and has experienced a surge in popularity due to the fact that it is high scoring, and extremely unpredictable due to its short season. But while many story lines are positive, the referee strike has added a negative chapter to the Liga MX telenovela.

By Manuel Veth in Mexico City.

Loading...
Newer Post
Glory in Tedium: A Recap of Modern Scottish Failure
Older Post
To Puto, or Not to Puto: That is the Question – Part I