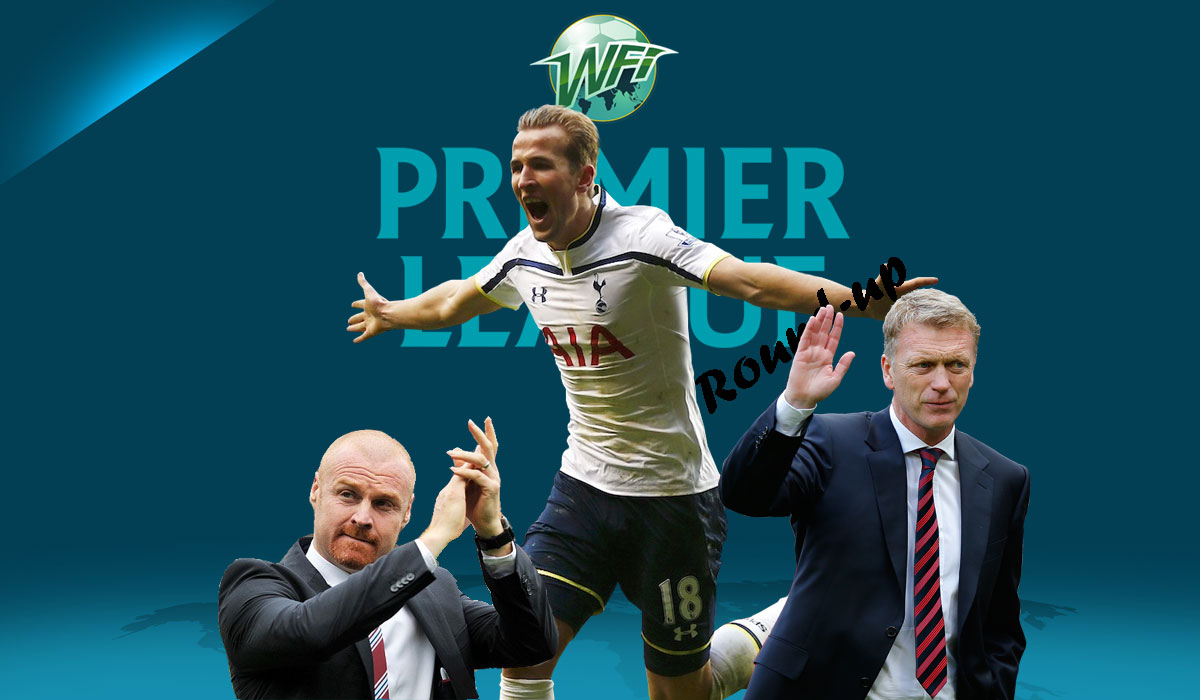 I don’t often have sympathy for Gary Lineker, but even I spared a thought for the nation’s favourite crisp-botherer as I tuned into Match of the Day on Saturday night.

Grinning through gritted veneers, the host tried his level best to promise us an hour and a half of goalmouth action as Didi Hamann and Alan Shearer squirmed uncomfortably in their seats.

But we all knew the truth, Gary. We all knew it was one of the worst Premier League weekends in living memory.

As the half-time whistle blew around stadiums earlier in the day, just one solitary goal had been scored. Even that couldn’t be enjoyed, the clinically-unlikeable Jamie Vardy scoring his 17th of the season away to West Brom.

It was the only incident of note in a game that reminded you more of Edvard Munch than Christian Fuchs, the latter of whom had escaped punishment for an astonishing assault on Alexis Sánchez earlier in the week.

The result matters little to both teams in the current season, but it pointed towards very different long-term trends, Leicester emerging from their annus horribilis just as Tony Pulis’ men descend into theirs.

West Brom have now lost their last four games, and haven’t scored in five. Much for the perma-capped Welshman to think about over the summer, then.

Even that, however, wasn’t the low point in a desolate weekend.

The only thing greyer than Sunderland’s defeat to Bournemouth was the pallid hue in David Moyes’ eyes, as his side’s inevitable relegation from the Premier League was confirmed.

Josh King, who has done so much to fill the Callum Wilson-shaped hole for Bournemouth, was again the hero on 88 minutes as his late winner ended the Black Cats decade-long stay in the Premier League.

The result sees Sunderland languishing 13 points behind Hull in 17th place, who themselves had put up a strong claim for worst game of the weekend.

Quite simply, nothing happened until the last five minutes, Alfred N’Diaye rugby tackling Maya Yoshida to the ground inside the penalty box.

Mike Dean took his chance in the spotlight, awarding a penalty which Dušan Tadić fired straight into the palms of the impressive Eldin Jakupović.

The result keeps Hull’s hopes for another season bumping around the bottom of the Premier League alive, but special note should go to Marco Silva.

The former Olympiakos boss has now wrought 21 points from his 15 games at the KCOM, and his car salesman’s charm is the main reason that top-flight football looks likely to be on Humberside next year.

More drama would be found at Selhurst Park, the game yielding a result that even Joey Barton couldn’t have bet on.

Burnley have been excruciating away from home all year, and up against a Crystal Palace flying high in the League, the result was a foregone conclusion.

Except, of course, it wasn’t.

Ashley Barnes raised hopes of a first win away from Turf Moor on 7 minutes, before the dream was realised by Andre Gray just five minutes from time.

Palace, shorn of the impressive Mamadou Sakho, looked brittle and battle-shy, but this was just a solitary blip in an otherwise astonishing 2017 under Sam Allardyce.

How Paul Clement could do with some of that nous. The former Madrid man has looked more Bognor Regis than Bernabéu in recent weeks, but he had Gylffi Sigurdsson to thank for the point gained at Old Trafford on Sunday.

The footballing world was still in shock after Wayne Rooney’s penalty had put United in front, but it was the pud from the Pool who fouled Jordan Ayew on 79 minutes, Swansea’s number 23 curling the ball past David De Gea superbly.

Finally though, we have a winner. Stoke’s lifeless encounter against West Ham took the soggy biscuit for worst game of the weekend, the home side’s arrival at the 40-point mark overshadowed by Saido Berahino’s continuing refusal to score goals.

There was little for Gareth Southgate to enjoy at the Britannia, save for an excellent performance by the returning Jack Butland, but Slaven Bilić will be a suitably relieved man.

Rumours of his demise now seem exaggerated, his team’s upturn in form taking the spotlight away from a deficient year in East London.

The thieves of Leicester’s title crown headed to Goodison Park on Sunday for a potential league decider.

Chelsea’s recent form had suggested that there may even be a semblance of a title race as the competition heads into its closing weeks, but Pedro had other ideas, curling a left-footed drive past Maarten Stekelenburg on 66 minutes to break Tottenham hearts.

“That is a goal”, purred Thierry Henry in the Sky Studios after the game. Yes Thierry, quite.

By the time Gary Cahill and Willian added their goals, they knew the race was over.

A similar feeling of inevitability may have descended on the Riverside Stadium on Sunday, as Middlesbrough did everything within their power to beat Manchester City, even coaxing a goal out of the semi-retired throwback Alvaro Negredo.

But Guardiola’s men pegged them back, Gabriel Jesus marking his return to the side by doing what he seems born to do.

It was a result that suited neither side, one that speaks volumes about the chasms in the City defence. Pep will no doubt have a busy few months in the Summer.

As will Tottenham Hotspur, who headed into the last ever North London Derby at the Lane knowing the title race was effectively over.

Arsenal – yes that’s, right, Arsenal – went into the game on the back of three hard-fought wins, eager to rub salt into their rivals wounds.

They would be aided by the absence of a certain Moussa Dembélé, whose probing runs were sorely lacking in an absorbing opening half.

It was a different story after the break, Harry Kane and Dele Alli tearing through a feeble Arsenal rearguard to seal their claim as the biggest team in North London.

Still, at least Gunners fans can share their misery with the rest of the league this week.

Here’s hoping for much, much better next week.