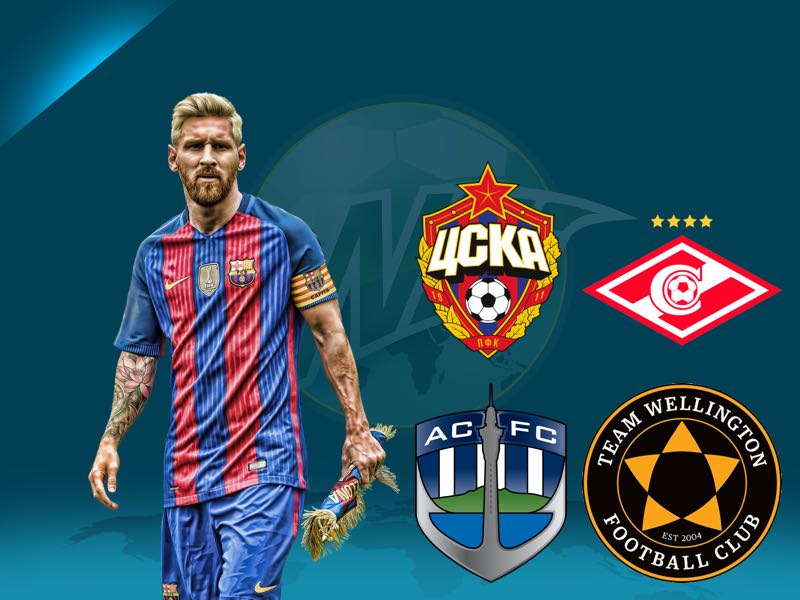 Will Moscow come to a standstill and Pokal me silly? Your weekend starts here!

In a rivalry that goes back to 1931 you certainly ‘get what you deserve’ in this game. Not for the feint hearted Argentine football can be a gauntlet on the pitch and a hotbed of Ultras off it. Estudiantes just edge recent history with W2 D2 L1 from the last five fixtures. Independiente meanwhile needs to find a way to get the ball under the long white horizontal bar and in between the two vertical posts – they’ve scored just two goals, in this fixture, in the last four years. No team has managed to score more than two goals in one fixture, so while this might sound like I’ve picked a bum deal here I’ve got that ‘feeling’ Saturday will be different.

Life couldn’t be more different for these two clubs—one a multi-European Cup and League winning side, the other boasts a list of honours that would struggle to fill a postage stamp. If you’re a little confused here just think Liverpool and Everton, it’s a similar comparison. This all Catalan tie will see La Liga’s top side take on their local rivals and Espanyol would like nothing more than to throw a spanner in their illustrious neighbours’ title charge. Barca started April off poorly by leaking goals versus Malaga and Juventus without reply – however, Senyor Messi made heads fall off in the Bernabéu then bagged a brace on Tuesday. Watch out Espanyol.

Tucked away on the far side of the world is the Oceania Football Confederation. The OFC is made up of 11 full member associations and three associate members, with such gems as Niue and Tuvalu, it also contains more well-known nations such as New Zealand and Fiji. This two-legged final is the highlight of the Confederation’s calendar, and both finalists are no stranger to this competition. Auckland City are eight times winners, and their opponents are hoping to make it third time lucky, beaten in the last two finals by their Auckland rivals. This year sees a return to the two-leg format, so Wellington will hope that two is indeed better than one as they look to capture their first O-League title.

The run up to Moscow’s biggest derby has been overshadowed a little by injury to Alan Dzagoev. The CSKA midfielder has already missed 12 games this season and looks to have popped his hamstring during the 4:0 against a third Moscow side, Lokomotiv. Spartak sit seven points clear of CSKA at the top of Russia’s Premier Liga but the current champions will be keen to keep the heat on their city rivals before any relinquishment of their crown takes place. The last time these two sides met Spartak were victorious 3:1, a victory which saw them win for the first time since 2014 in this big Moscow matchup.

A Pokal of Joy & The Snails Race!

I was lucky enough to be in Munich Wednesday to experience one of the best Klassiker matchups in years. Borussia Dortmund overcoming FC Bayern Munich in the Allianz Arena 2:3 after being behind 2:1 at half time to reach the DFB Pokal Final in Berlin. What a game it was, on the edge of my dour grey seat I was captivated from start to finish. Fast forward 24 hours and I’m subjected to the Manchester Derby the Premier League Champions League race between Liverpool, Manchester City and Manchester United is a snail’s one. Surely one of them must start firing properly soon?