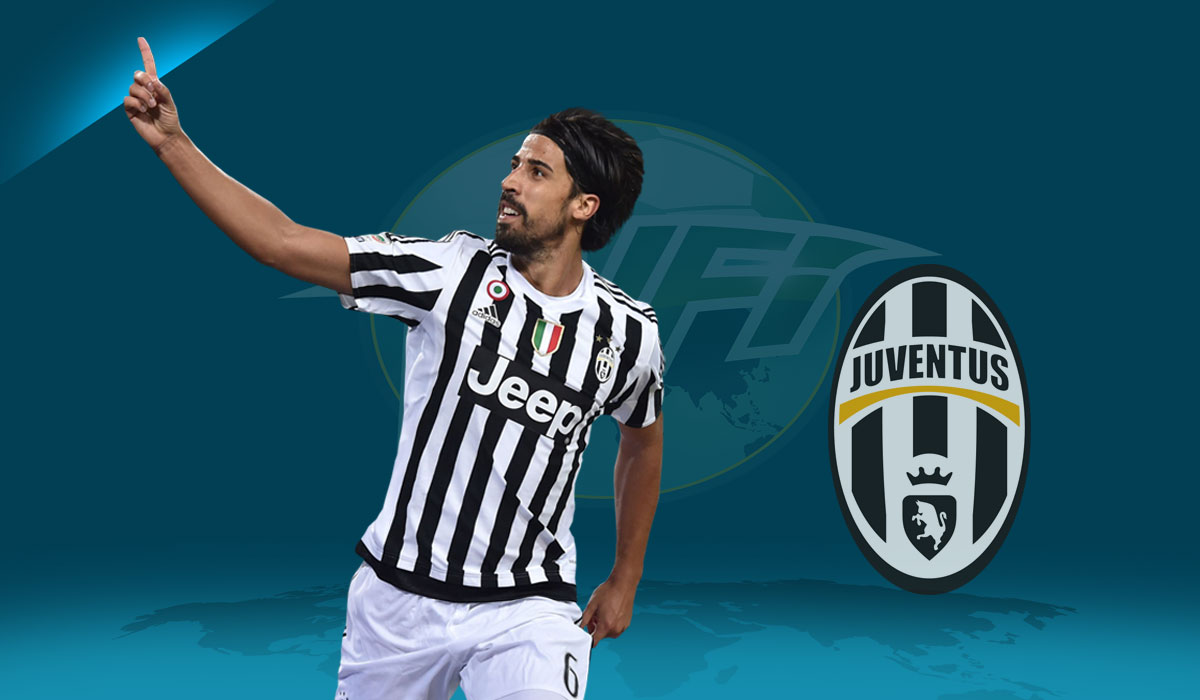 Sunday evening at the San Paolo stadium in Naples saw the return of last season’s goal scoring record breaker, Gonzalo Higuain. This was a return brimming with betrayal thanks to Higuain’s abandonment of Naples for the north of Turin the previous summer.

Ultras had arranged to give out whistles before the game just in case the countless acts of anger by the Neapolitan fans that had gone viral back in August were not noticed by the Argentine.

The noise from kick off was tremendous. Each time a player in blue had the ball, both teams inexplicably wore their away kits, the crowd whistled and that increased ten fold when Higuain came into contact with it. That noise was utterly silenced though in the seventh minute but not by the man most of us had been expecting to score.

Instead it was the German international Sami Khedira, who burst past two Napoli midfielders, played a neat one two with Miralem Pjanic and struck the ball low and hard into the far corner with exquisite technique.

Juventus rested on their laurels after that, and the returning number 9 did not even have a touch in the oppositions penalty area all game. It was the man who scored the first goal who stole the show and after an injury hit start to life in Turin, Khedira is now one of the first names on the team sheet.

Considering the CV of Khedira (Bundesliga, La Liga, Serie A, Copa Del Rey x2, Champions League and World Cup) it is quite remarkable that he doesn’t get more credit. Moreover, as N’Golo Kante continues to impress and become everyone’s favourite midfielder, the German deserves more acclaim and has a crucial role to play for the Old Lady when they face Barcelona at the J Stadium on April the 12th.

Sami Khedira began his career with Stuttgart and it didn’t take him long to get a taste of winning. Having made his debut on the first of October in 2006 he added to that with his first goal at the end of the month against Schalke 04, he signed his first professional contract in January of 2007 and then scored the winner on the 19th of May against Energie Cottbus as Stuttgart won the Bundesliga for the first time in 15 years.

After four consistent seasons at the heart of Stuttgart’s midfield Khedira caught the eye in South Africa during the World Cup. At what first appeared a daunting task, Khedira replaced the injured Michael Ballack in midfield but played with a maturity and intelligence beyond his years. His aerial prowess was also noted by many in the game and this was personified in the 3rd place playoff as it was Khedira’s header that won the German’s the bronze medal eight minutes from time.

Although his first taste of an international tournament ended bittersweet, a transfer to Real Madrid awaited for a player many thought was destined for legendary status.

His first three seasons at Madrid all ended with silverware. The league championship was sandwiched between two Copa Del Rey victories and he had become recognised as essential to the team’s balance. Akin to Claude Makelele during the ill fated time of ‘Los Galacticos’, Khedira’s work rate and positional intelligence was a key cog in the midfield machine. He allowed Xabi Alonso to begin the attacks that would ultimately be finished by Angel Di Maria, Mesut Ozil, Karim Benzema or Cristiano Ronaldo.

The 2011-12 season was a record breaking one for Real Madrid under Jose Mourinho. Not only was it their first La Liga title in four years but they won it with a record breaking points total of 100 and with a record number of goals scored in a season with 121. The game in which the record was broken couldn’t have been sweeter for Las Madristas.

It was 8pm central European time on the 21st of April 2012 and one of the biggest games on the planet was about to kickoff. As Jose Mourinho and Pep Guardiola shook hands, barely looking each other in the eye, both knew that a win for Real would realistically end any chance of Barcelona staging a comeback for the Spanish crown.

It took until the 17th minute for the deadlock to be broken and the record for goals scored in a season to go as well. As the corner was whipped in by Di Maria, Pepe nodded it down and Sami Khedira scrambled the ball over the line to break the record and set Real Madrid on their way.

Alexis Sanchez equalised in the second half only for Ronaldo to score moments after and condemn Pep Guardiola to back to back defeats for the first time since 2009. He would leave at the end of the season.

The following campaign was contaminated by Mourinho’s third season syndrome and toxicity set in at the Santiago Bernabéu. Khedira spent most of the time on the treatment table and in the gym determined not to let his latest injury rule him out of the World Cup.

He not only returned in time to be named in Germany’s squad but also played apart in ‘La Decima’. With a Champions League medal added to his collection he boarded the plane to Brazil and was solid for the German’s all tournament, even scoring the fifth in the 7-1 destruction of the hosts which left a mental scare so deep many Brazilians still shudder at the thought of that night.

In a moment of cruel fate Khedira injured himself in the warm up to the final, and had to watch as Mario Götze volleyed home in extra time thus making Germany the world champions.

Injuries were starting to follow Khedira like a bad smell and a second season spent mainly on the treatment table was frustrating as he started to feel his automatic place in the first team slip through his fingers.

The Brazilian Lucas Silva and fellow German Toni Kroos had both signed for Real Madrid and began to overtake Khedira in the pecking order for the first team spot in the centre of midfield.

By the end of the season Khedira had made his mind up and was going to sign for Juventus. His contract with Real had come to an end with injury bringing his time in the Spanish capital to an anti-climactic curtain close.

Khedira’s first season was again blighted by injury, this time it was his thigh. After a stop start season in which his best run in the team came between mid December 2015 and the end of January 2016 in which he started seven games. He managed twenty five appearances in all competitions but did manage five goals which was his best return since his days at Stuttgart.

This season Khedira has put his injury worries behind him and cemented a place in a frighteningly good Juventus first team including the likes of Gonzalo Higuain, Paulo Dybala, Miralem Pjanić, Dani Alves, Mario Mandzukić and many more.

Having started all but four Serie A games this season, Khedira is enjoying the consistency of playing week in week out. He’s also matched his goal tally from last season already and it is worth noting that goal scoring is becoming an improved asset of his game.

His role for the Old Lady is vital. With the attacking quality obvious for all to see, Khedira has to use his awareness of space, tactical intelligence and quick thinking to stop opposition moves and simultaneously start ones for his own team.

We arrive back in the present with a huge game against Barcelona to take place in Turin on the eve of April 12th. Barcelona pulled off a truly ludicrous comeback to be in the quarter finals of the Champions League after losing 4-0 in Paris.

Juventus, though, are made of sterner stuff and unlike the last time these two meet in the Champions League final in 2015, when Juve’s defence was guarded by the elegant but ageing Andrea Pirlo, Khedira will be providing the protection as Andres Iniesta takes on the role of ageing genius.

Many in Barcelona have not forgotten the role Khedira played in that Real Madrid side and one would imagine they were glad to see him leave. Now he has returned and his new team have unfinished business against the Catalan giants.

Who knows, if Juventus win Khedira might actually get some praise in the press but with the glory usually reserved for the attacker I wouldn’t hold your breath.