Venezia FC – The Story And The Future 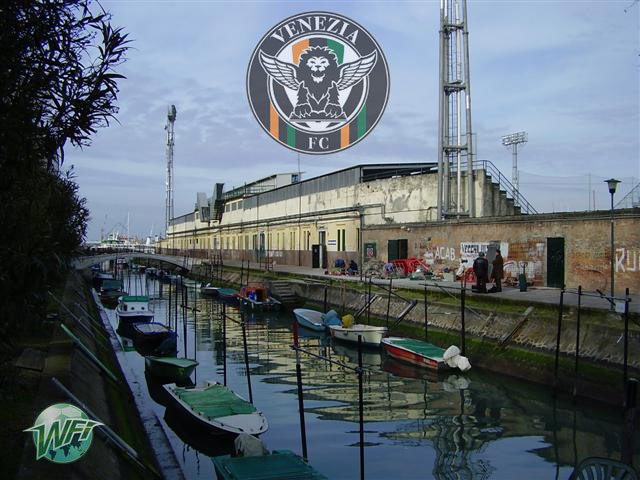 Venezia: a club managed by former AC Milan and Italian superstar Filippo Inzaghi, with the backing of rich owners willing to invest, yet a sense of uncertainty still lingering in the dressing room.

Venezia play in Lega Pro which is made up of three separate divisions, all at equivalent levels, much like the English Vanarama conference, which is separated into a north and south division. These consist of Girone A (north Italy and Sardinia), Girone B (north and central Italy) and Girone C (the south of Italy).

Venezia were in Girone A in 2015, but now find themselves playing in Girone B. Sixty teams are divided into 3 regions. First place in each division, or Girone, gets promoted with one other team being promoted to Serie B via playoffs.

Home-grown players are vital in Italy, as they increase the chance of producing a high quality national football team. There is a maximum of 16 players older than 23, while teams are also allowed unlimited U-23s and two ‘wildcard’ players for long serving players of the club.

It is worth noting that very few foreign players are allowed. Venezia only have two: Leo Stulac and ex-Watford striker Álex Geijo.

Venezia FC have had a torrid history with bankruptcy. However, with lawyer Joe Tacopina and a group of American investors putting forward much-needed capital, the club have their own ideas about moving on from those dark days.

The club was originally founded as Venezia Foot Ball club in 1907, with their biggest footballing success coming during the Second World War. They won the Coppa Italia during the 1940–41 season and finished third in Serie A in 1941–42, Venezia’s highest ever league position.

The club was refounded as Società Sportiva Calcio Venezia and Foot Ball Club Unione Venezia before finally being known as Venezia F.C. due to declaring bankruptcy three times in an astonishing twelve years.

Bankruptcy, however, is not the only reoccurring problem for Venezia F.C. The inability to expand their stadium, Stadio Pierluigi Penzo, which holds 7,450, is a major issue.

The investment from the chairman may be in place, but if they cannot expand their relatively small stadium, Venezia will struggle to progress as a club.

In 2001, Venezia failed to agree on plans for a larger stadium with the local council, and the story will be very similar if asked again. Venice is not a city designed for football, due to all the tourism in Venice, and with erosion getting worse.

With legal problems in place due to erosion issues, Venezia have a huge problem on their hands. There is no way Venezia will compete in Serie A, or potentially in Europe, with a seven thousand-seater stadium. So unless the club is moved inland, the club are at a standstill.

I spoke to Sonya Kondratenko who is the director of visual presentation and social media at Venezia.

It’s evident that under Tacopina and Inzaghi Venezia are destined for great things, but can you make Venice a football city, or does geography and the city’s culture restrict that?

“Absolutely, Venice is full of potential. If you go back through the history of the club, you’ll see photos and videos, and hear stories of the stadium being completely full with Venezia playing some of the top teams in Italy.

“In recently history, the team was not doing so well and fell through the ranks, went bankrupt, etc. people stopped coming to the stadium – but now we are back.

“What’s amazing about this project is when you hear from a fan ‘I haven’t been to the stadium in 10 years, but now I’m back, now I believe again.’ That’s part of why I get up and do what I do every day. We are not only restoring, but elevating football in this city.”

If you ever reach your former heights as a Serie A club, if not beyond, you will need to look at stadium expansion, but on an island such as Saint Elena this isn’t possible, are plans in place to relocate to the mainland?

“There’s already talk of a stadium project on the mainland, but for now Penzo is our home and a very historic one at that.

“There’s a lot of stuff in the papers about a new stadium, but the details are changing all the time so it’s hard to speak about the specifics.

“This is certainly not the first group to try and bring a new stadium to Venice, it’s something the local people want so badly”

Although Venezia have obstacles ahead of them, this season has been very successful. Inzaghi’s men are seven points ahead of the renowned Parma and are on course for promotion; it is certainly their title to lose.

With a mixture of positives and negatives, the future of this football club is unclear. They have potential in abundance, but time will only tell if Venezia will write it.