Video Technology in Football: Once a Suggestion, now Desperately Needed 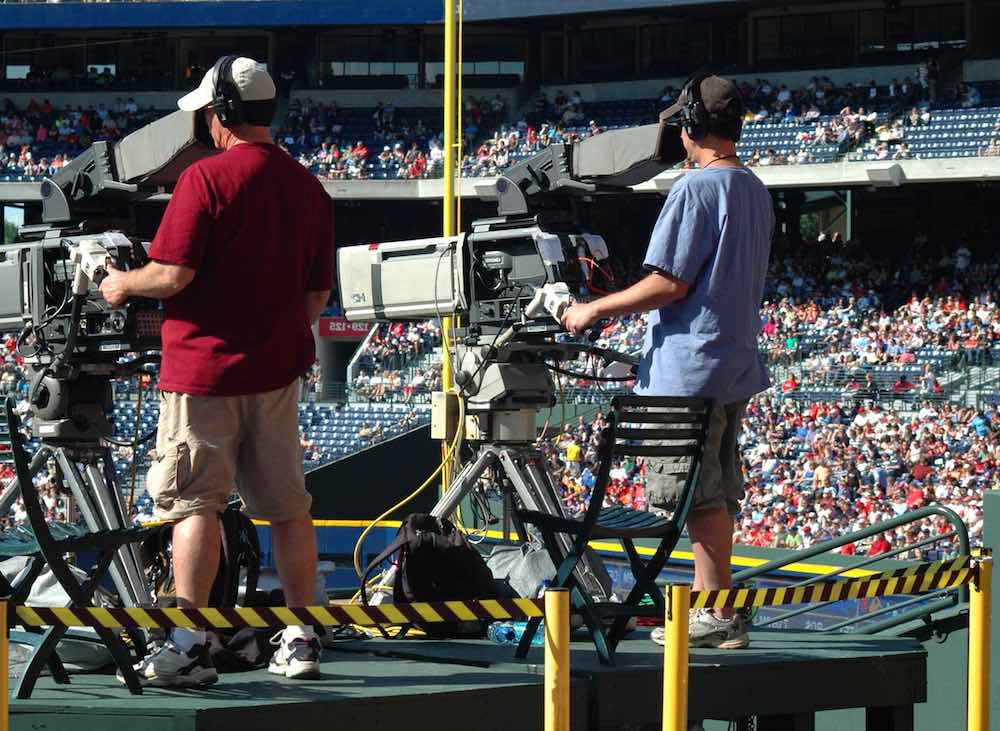 It takes something truly special to steal the limelight and attention away from Cristiano Ronaldo, especially on the night he scores a hat-trick and in the process becomes the first player in history to score 100 goals in the Champions League.

But Viktor Kassai and his team did just that during Real Madrid’s 6-3 aggregate win over Bayern Munich on Tuesday night.

The Hungarian referee got a number of vital decisions wrong during the 120 minutes of action in Spain, so much so that Ronaldo’s remarkable achievement was relegated to an afterthought.

It’s the latest in a long line of matches which have seen the officials spoil what should be an entertaining spectacle and a match for neutrals to gorge on.

Instead, football fans are coming away from these games feeling cheated and dissatisfied. And rightly so.

The match in the Santiago Bernabéu was finely balanced at 3-3 on aggregate, and was creeping into extra time as Chilean midfielder Arturo Vidal went to ground to poke the ball away from Marco Asensio.

It was a perfectly executed tackle, and it had to be. The former Juventus man was booked in the first-half and was walking a tightrope. One mistimed tackle and he’d be heading for an early bath.

It’s arguably the perfect tackle yet Kassai blows for a foul, reaches for his pocket and Vidal, much to his bemusement, is sent off.

Many have taken to social media to defend the referee, pointing out that from where he is positioned it looks as though the former Mallorca man knocks the ball ahead of him before being cynically chopped down by the Munich midfielder.

In other words, the referee assumed there was a foul and took appropriate action. But in such a high profile game with the world watching on, should we really be relying on one man, and should a game of such magnitude hinge on what he does and doesn’t see?

Others refer back to earlier fouls Vidal had made and got away with, citing that he was lucky to even be on the pitch.

Had he fouled Asensio then they’d have a valid point. But he didn’t, so that opinion isn’t really relevant, is it?

Ref puts hand in his pocket for the yellow.

Sees it’s Casemiro (would be sent off), stops. #RobarMadrid

It was made worse by the fact that just seven minutes earlier the referee had blown for a foul by Real Madrid’s Casemiro.

The Brazilian had previously been booked and it appeared as though Kassai was reaching for a second yellow, before he realised who it was and what it would mean.

Officials are often accused of ‘bottling’ big decisions — usually by disgruntled supporters of a certain team — but this is possibly the most blatant ‘bottle job’ in recent memory. He avoided the difficult decision by keeping the midfielder on the pitch.

The icing on the cake was Ronaldo scoring twice from offside positions.

Of course, it’s difficult for the officials and nobody is pretending it isn’t. Football is played at a frantic pace, split second movements mean assistants are having to make big calls in the blink of an eye.

Fans and the media get the benefit of replays from a number of angles and even then it’s sometimes too tight to make the call.

And that’s when it’s solely concentrated on that single event, imagine the concentration levels required to watch a number of players making moves as the ball is played.

This goes to show how difficult their job is and how it’s often taken for granted when they manage, for the most part, to get things spot on.

However, the issue is the fact that the officiating team in Spain got so many decisions wrong in a single match.

They potentially cost the German giants millions as well as a place in a Champions League semi-final and yet face no repercussions moving forward.

The fear of change

Referees and assistants regularly ruin matches, not purposely, but fans and members of the media don’t want video technology heavily involved in football because that’s what will ruin the game, apparently.

Instead we’re supposed to just shrug, brush it under the carpet, and act surprised when yet another big game is ruined by wrong decisions. It’s a perpetual cycle.

Minority view probably but I find this demand for total perfection from referees – especially on offside calls – tedious.

People accept that they’re only human and mistakes are inevitable. In no other line of work, where the stakes are so high, are people so against embracing technology.

If someone gets something wrong the first thought is often why didn’t they use Google?. You can literally type “how to” into YouTube and find tutorials on just about anything.

Perhaps this breeds laziness and stops people from learning from their own mistakes, but at the same time it means the initial mistakes aren’t happening. As a result we’re becoming more efficient.

The whole ‘football should be in the moment’ argument is outdated. Having a match finish ten minutes later isn’t that much of an issue, or shouldn’t be, if you know you’re leaving to a fair result and not one influenced by officials blinking at the wrong time.

Football, to an extent, should have lost its spontaneity when players started to move clubs for tens of millions of pounds.

When there’s so much money on the line it seems negligent to weigh a single individual down with such responsibility.

Take, for example, Manchester United. The Red Devils have been fortunate this season with a series of offside goals going in their favour.

They could still finish up in the Champions League places and those one-off ‘they even themselves out over the season’ decisions will have played a massive part in that.

In their 1-1 draw with Liverpool they scored the equaliser after Antonio Valencia picked the ball up in an offside position and worked the ball into the area.

It deprived the Reds of all three points and come the end of the season it could be pivotal. If both teams win their remaining matches they finish with 81 points each. Hypothetically, Jurgen Klopp’s team could miss out on goal difference and then the draw at Old Trafford comes into question.

It’s not as simple as just reviewing that offside goal and changing the scoreline. But say it had been chalked off and United didn’t breach the away side’s backline Liverpool would finish the season on 83 points, three clear of Jose Mourinho’s men.

That’s just one example and, as previously mentioned, it’s not as straightforward as just changing the scoreline, but it does go to show how fine margins can have such a big impact on proceedings.

For even more context, getting into the group stage of the Champions League and winning four of those games is worth £20million. Liverpool paid £25million for Gini Wijnaldum. That doesn’t even take into account the fact playing in Europe’s elite competition attracts a higher calibre of player too.

The longer football leaves it before embracing technology, the more costly it will become.