Zdenek Zeman: The Man, The Myth, The Chain-Smoking Legend 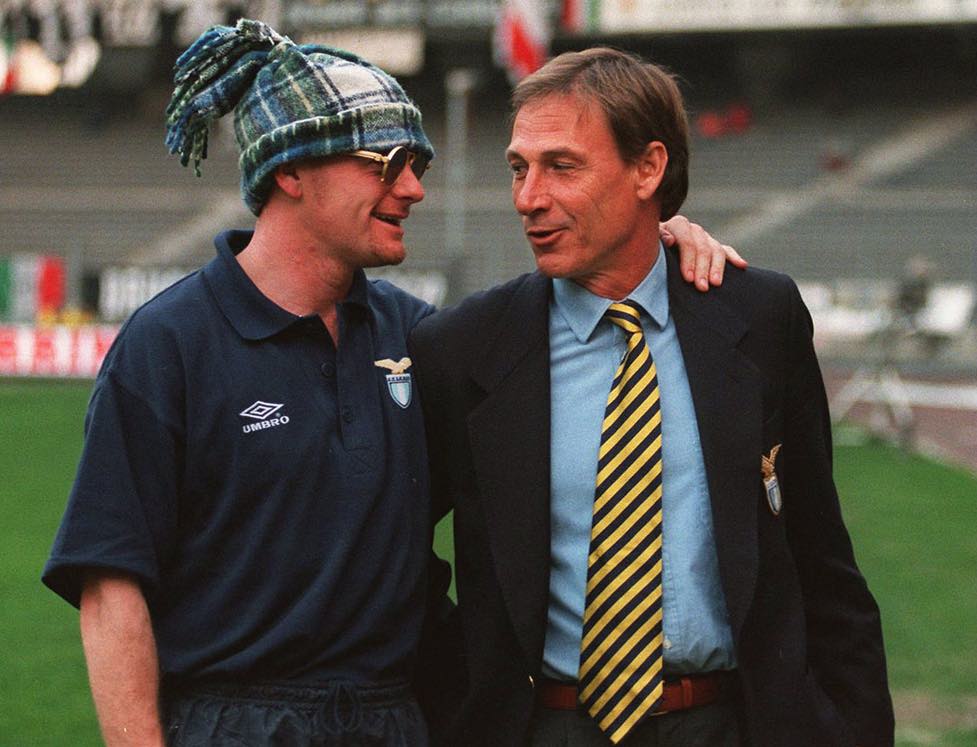 In Italy they call him Il Boemo — the Bohemian. Others just call him a maverick. What no one will call the chain-smoking Czech, Zdenek Zeman, or his managing style, is dull.

Zeman is notorious in his adopted homeland of Italy, both in a good way and bad way.

He focuses on player development rather than results.

As Zeman puts it: “There are many coaches who only manage, without trying to improve their players; then there are a few coaches who shape players. I feel like one of these few.”

Teams managed by Zeman were almost always near the top of the league in goals for, but they were also near the top in goals conceded. That never worried Zeman then, nor does it now.

Fans throughout Italy have adored Zeman’s bohemian style of managing and not holding back on how he feels, though sometimes what he says and does are complete opposites.

They played cards until the sun came up the next morning, at which point Zeman fined all of his players and himself for staying up past curfew.

Stories like this are another reason why he is so beloved. These little quirks make him so down to earth. But it’s not all peaches and cream with the maverick. He is also scorned, mostly by owners and players he has called out in the past.

Zeman does not have a filter, nor does he care for one. He tells you how he is feeling whether you want to hear it or not.

In the past, most notably while at Roma in 1998, in an interview with L’Espresso magazine, he said, “football is harder now because teams and players are doping, giving an unfair advantage.”

He even went so far as to name Juventus star players Gianluca Vialli and Alessandro Del Piero.

According to Zeman, this ended up backfiring on him, because everyone was against him from that point for the majority of his career. But alas, Il Boemo was not fazed enough to conform.

Zeman is not a legend because of how many titles he has won over the years. On the contrary. Zeman is applauded for playing a certain style and appeasing the fans.

His career records and awards were never too impressive, but the style of play always left people wanting more.

When asked by Neue Zürcher Zeitung about being involved in such high scoring games, he replied: “People go to the stadium because they want to see a spectacle, but there are games where you fall asleep. With my teams, that never happens.”

While the managing career of this maverick has had good and bad results, one thing he has always done is find and create talent. Names like Salvatore Schillaci, Luigi Di Biagio, Francesco Baiano, Jose Antonio Chamot, Dan Petrescu, Lorenzo Insigne, Marco Verratti and Ciro Immobile all blossomed under his tutelage.

The latter three were all on his 2011 Pescara team that scored an astonishing 90 goals in 42 games en route to a Serie B championship.

That goal total is still a record in Serie B. Even the mighty Bianconeri squad that was relegated in 2006/2007 for Calciopoli scored seven fewer with players like Alessandro Del Piero, David Trezeguet, Pavel Nedved, Mauro Camoranesi, and Sebastian Giovinco.

Insigne and Immobile are currently key cogs for Napoli and Lazio respectively. Marco Verratti, especially, has a lot to thank Zeman because it was he who suggested he play as a deep lying midfielder.

Verratti took that suggestion and ran with it and is currently a star player for Paris Saint-Germain in Ligue 1. All three players star on the Italian national team.

In an interview with Football Italia, Zeman was quoted as saying: “If you score 90 goals, it shouldn’t really worry you how many goals are conceded. We play the same way, whether home or away. With Pescara this season, we scored 45 at home and 45 away.”

Zeman rode the success with Pescara back to Roma in 2012, hoping to rejuvenate his career one last time. Though everyone was hoping for a romantic return to the capital, it ended poorly and in February 2013, he was let go once again from Roma.

He endured more poor spells at Cagliari twice, and FC Lugano of the Swiss League. All seemed to point to the end of his managing career in a top flight league.

Then something fortuitous happened with an old club of his, Pescara. In the 2015-16 season Pescara, with then new head coach Massimo Oddo, were promoted to Serie A once again.

Oddo’s team played much in the same mould as Zeman-led squads in the past. Pescara lead the league in goals scored and also was near the top in goals conceded.

Many were excited to see Pescara back in top flight, and they started out well by drawing with heavy favourites Napoli, 2-2, to start the season.

They then won their second match, versus Sassuolo, 3-0 by forfeit due to Sassuolo fielding an ineligible player. What followed was a nightmare. The team would go winless in 23 straight games.

The supporters had had enough after Pescara lost in consecutive weeks giving up six and five goals respectively. The Ultras marched into the city, began rioting the town — tearing it apart, burning cars and store fronts. All in protest at Massimo Oddo and his team, claiming they were an embarrassment to them and were made a laughing stock to all of Serie A.

Finally on February 14, 2017 the top brass at Pescara sacked Massimo Oddo. Rumours started to circulate on the internet that this could be a return of the legend. Could it be?

After days of endless tweets asking if Zeman would return, on February 17, 2017 with Pescara in last place in the Serie A table, it was official, Zdenek Zeman would return to the bench of Pescara. The Twittersphere exploded at the possibility of him saving the club from relegation. Mind you, Pescara still didn’t have a win other than the aforementioned Sassuolo forfeit.

Two days later, on February 19, 2017, he’d make his debut on the Pescara bench as they faced Genoa. He wasn’t even able to get a complete training session in before his first game.

Hoards of photographers and reporters surrounded him as he took his place on the sidelines. The opening whistle blew and the match had begun.

Zeman, not even getting a chance to get comfortable just five minutes in, jumped out of his seat as 20-year-old Alberto Cerri bombarded into the Genoa box. The lanky Italian split the defense, took a shot from a difficult angle, and the ball ricocheted off defender Lucas Orban and into the net for an own goal that gave Pescara the early 1-0 lead.

The stadium went wild as the players surrounded Cerri in celebration. Just the start Zeman had hoped for.

Pescara would go on to add three more goals and after each goal the crowds got more and more rhapsodic, culminating for an emphatic 5-0 win. Post match he was interviewed by Zona Mista where he exclaimed he “could not believe what just happened and could not have dreamed this in his wildest dreams.”

Quite the return for Il Boemo.

The huge win was just a blip and Pescara have gone winless since that debut game for Zeman.

They have seven games remaining with their next two opponents against Juventus and Roma.

Pescara will be relegated at season’s end, but the fans’ hope is Zeman builds the team in Serie B the way he did back in 2011, and returns them to Serie A one more time.

But this time they’ll hope he’ll remain on the sidelines, smoking two packs a game as he has done for so long.

Time will tell if this maverick has one more trick left for us in his pack of cigarettes.

Loading...
Newer Post
Video Technology in Football: Once a Suggestion, now Desperately Needed
Older Post
Ryan Sessegnon – Destined to be the ‘Best Left Back in the World’