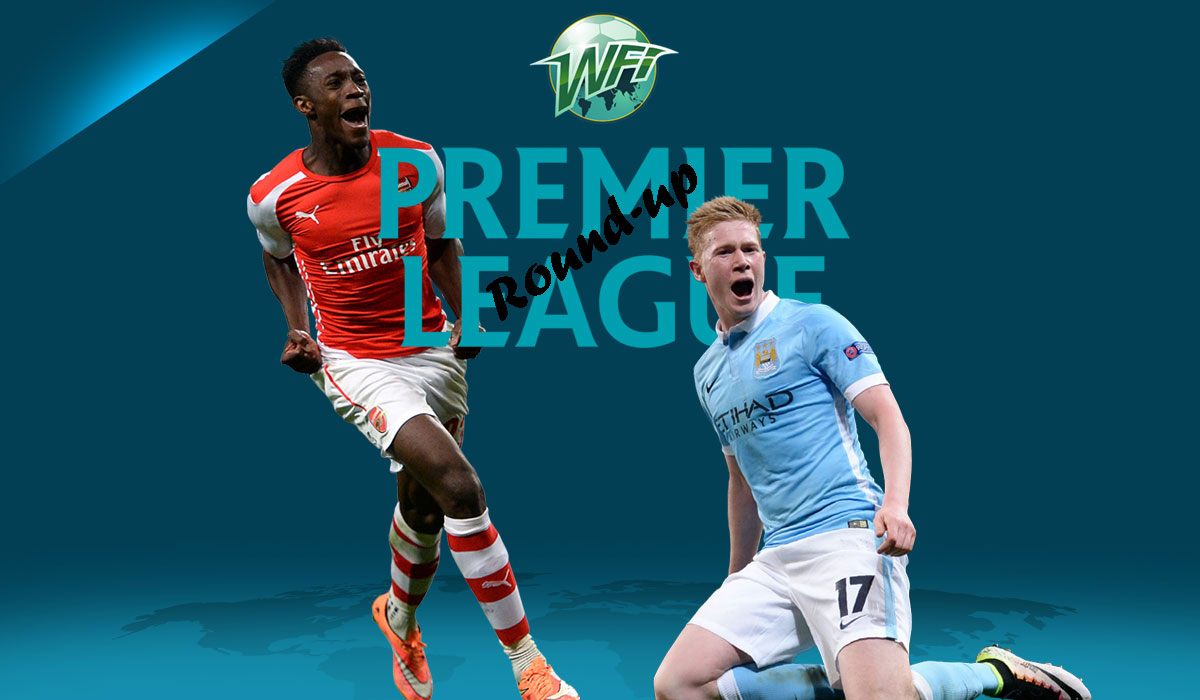 It ain’t what it used to be.

Those were the thoughts racing through my mind as I watched Arsenal entertain Manchester United on Sunday.

Two punch-drunk rivals gnawing on the bones of lost legacies, swinging gamely at each other for one last chance at glory. It all felt a bit anti-climactic.

“I’m happy for Arsenal fans. It’s nice for them,” smirked José Mourinho after the game, a 2-0 reverse resulting in his first competitive loss against Arsene Wenger.

👉 👱‍♂️ Mourinho losing on purpose so Wenger gets a contract extension…

The Portuguese had hinted mischievously that he might rest players ahead of the Europa League visit of Celta Vigo on Thursday. In the end, however, it was a strong United side that lined up at the Emirates.

After a stilted first half, it was Granit Xhaka who broke the deadlock, the Swiss’ deflected drive swerving past a helpless David De Gea.

The result gives Arsenal fans fresh hope for their annual whipping in the Champions League, and puts a positive spin on what has been another difficult week in North London.

It was less meaningful for Mourinho, however, who admitted that a Europa League win represents United’s best chance for a return to the Champions League.

They might even be joined by perennial bedwetters Liverpool, if they could only manage to pull themselves together.

James Milners’ missed penalty was the highlight in a result that suited nobody, especially the fans, who sat agog at the feast of tedium that unfolded before them on the pitch.

The interminable blank against Southampton opened the door for Manchester City in fourth place, who had five different scorers to thank for their obliteration of Crystal Palace at Eastlands.

The last time the home crowd saw as many goals was back in September, where an unbeaten record had the footballing mages crowing about an inevitable City title win.

It hasn’t been the coronation that the fans or Sheikh Mansour expected, but ominous signs were there for everybody to see against Allardyce’s men.

The win sees City creep just a point behind Liverpool in third, with a nifty game in hand to boot.

Palace weren’t the only side to capitulate at the weekend, as Marco Silva’s Humberside enlightenment tumbled back into the Dark Ages.

A relegated Sunderland tore his side to pieces on Saturday, Jermain Defoe kneeing his first goal in eleven games as the Black Cats restored a modicum of self-respect.

Swansea had to capitalise against Everton, and they did. Again the head of Fernando Llorente was vital, his thirteenth goal of the season ensuring that the Swans’ fate remains in their own hands.

Everton did much to grease the wheels, another lifeless performance ending a bad week on a worse note after Ronald Koeman had fluttered his eyes in the direction of Barcelona.

For Swansea though, the brief is simple – win both of their remaining games, and they’ll be in the Premier League next season.

How Stoke fans must crave for that feeling of danger, the risk of having something to lose.

After reaching the forty point mark a week ago, the Potters would have been forgiven for resting on their laurels for the visit to Bournemouth on Saturday, and Lys Mousset was kind enough to help them along with an own-goal on the half hour mark.

Harry Arter tried to extend the pleasantries further, his shocking tackle on Joe Allen proving a valiant attempt to be sent off, but referee Paul Tierney wasn’t having any of it. A 2-2 draw means both sides will be in the Premier League next year.

Burnley, however, are the unquestioned success story of the season. Saturday’s 2-2 draw at home to West Brom saw them reach forty points, as well as marking the Lancastrian’s best-ever Premier League season.

11 wins have helped Sean Dyche men prove all the doubters wrong, and they can now join Tony Pulis’s men on that magical beach, Baggies fans were relieved simply to score after a horrendous five-game, 530-minute drought, but the manner of their collapse in form will make for uncomfortable analysis in the Summer.

Leicester, meanwhile, pummelled Watford 3-0 as they look to secure only their second finish in the top-half of the Premier League table.

You may remember the first time they did it – it involved a lot of crisps and Andrea Bocelli – but survival was made certain by the arrival of Craig Shakespeare, who has cleared the fag-ends and empty bottles from Jamie Vardy’s party to great effect.

Watford continue to sink though, the Hornets having failed to score in each of their last three games. They could still go down, and even if they don’t, they face an uncertain future.

This week’s column ends, however, with a special mention for Tottenham Hotspur. They came, they won, they bottled it.

Or at least, that was the perception of the Sky commentators, who seemed almost gleeful in their analysis of Friday night’s collapse against West Ham.

That Spurs’ blistering form had been the sole reason for the existence of anything resembling a race had been conveniently overlooked, but make no mistake – they did bottle it, succumbing to the staid Hammers after Manuel Lanzini’s goal on 65 minutes.

Quite simply, Pochettino’s men didn’t turn up, the result giving Chelsea the chance to wrap up the title with two games to play.

You can be sure they’ll take it.

We’ll be back for more next week.