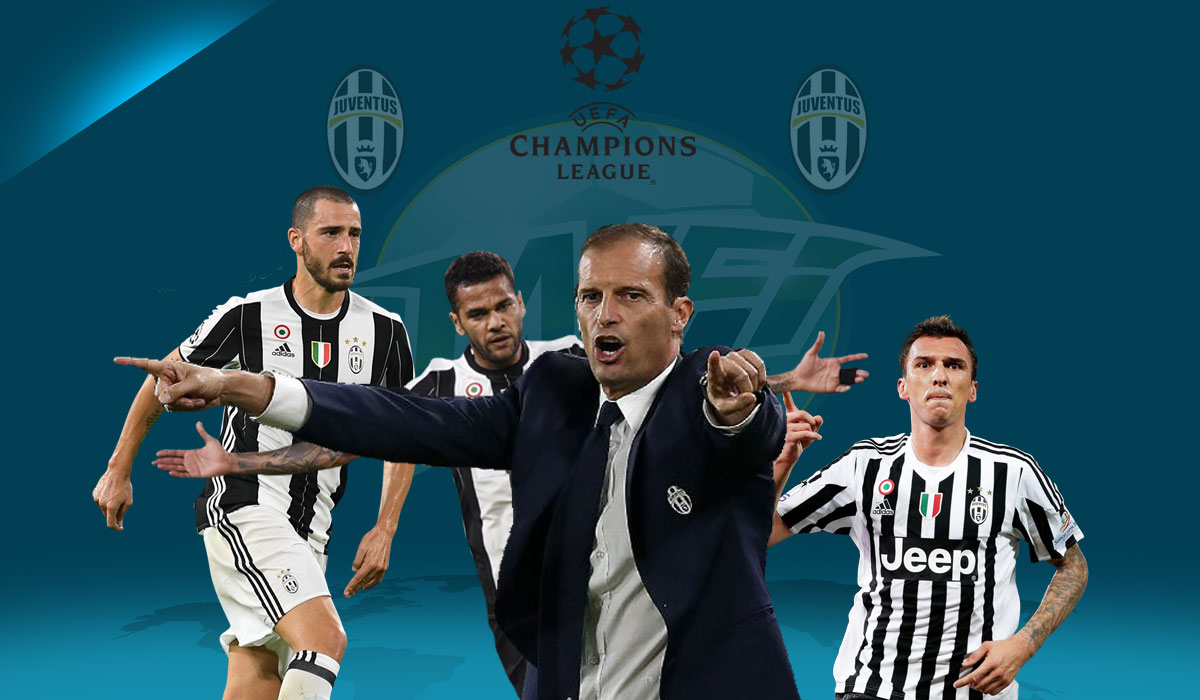 Many pundits are even starting to murmur Zinedine Zidane’s name in such company. One name that does not seem to get as much love is Massimiliano Allegri, better known to us as Max.

Why would you think of mentioning Max with these other names? I hear you say.

Antonio Conte created the Juventus juggernaut and then took the Chelsea job and won the league in his first season.

Pep Guardiola won two Champions League titles leading one of the greatest teams whilst at Barcelona, and made a near equal powerhouse at Bayern Munich.

But what has Allegri done to warrant being mentioned with these managers?

Let us start in 2007, when the now famous Sassuolo club was actually in Serie C1.

Allegri lead the Neroverdi to an impressive season, ultimately winning the 2007-08 Serie C1/A league title and getting them their first ever promotion to Serie B.

Though Allegri would leave Sassuolo at the end of the season, they rode that success all the way into Serie A and this past season they even achieved Europa League qualification. But it all started with Allegri.

In Allegri’s next season he joined Cagliari where he really started getting the attention of the bigger clubs in Italy. He took an under-resourced, under-talented Cagliari squad to ninth place, just missing out on Europa League qualification. He won the manager of the year award over Jose Mourinho of Internazionale.

In June 2010 Allegri finally got his chance with a big club, and that was at Serie A giants AC Milan.

In his first season in charge, he lead Milan to their first Scudetto since 2004.

This is where Allegri started to show his tactical genius in the big games. He became the second youngest manager to win both home and away legs in the Derby Della Madonnina rivalry in the 2010-2011 season, and again showed his tactical astuteness in the following season’s Supercoppa Italiana, beating rivals Internazionale 2-1 in Beijing.

Big game Max’s Milan found themselves against heavy favourites Barcelona in the quarterfinals of the 2011-12 Champions League.

Many expected Milan to shut up shop and try to leave the San Siro with a 0-0 score line, but Allegri had other ideas.

The Blaugrana set up in their customary 4-3-3 formation and their manager was keen to mimic what Barcelona was doing, but also added his own wrinkles.

The back four were very flat, with Abate and Constant doing very little attacking down the flanks. The midfielders also played deep — only five to ten yards in front of the defence.

All three attackers played deep as well. They lined up very structured defensively and countered any time they had the ball.

Now the wrinkle. It was expected that Leo Messi would have had a shadow the entire game as well. No. Allegri assigned Sulley Muntari to shadow Xavi, the conductor of the Barcelona orchestra, and he knew that if he could pressure him the chances for success were greater.

This paid off and Milan were able to frustrate Barcelona enough that they would give away a cheap free kick.

After a couple odd bounces, the ball fell to Kevin Prince Boateng and he slotted home the goal to give Milan the lead.

Then instead of dropping back and defend the lead, Allegri forced his men to push up and pressure Barca even more. This lead to more confusion and yet another goal from Milan.

The Rossoneri came away with a 2-0 victory and thus Allegri the tactician was finally noticed. He and his men would go on to lose the second leg, but the manager would become a thorn in the side for Barcelona and other big clubs for the next few years.

Let us fast forward to July 2014. Antonio Conte resigned from Juventus and Allegri agreed to take over the Bianconeri.

Expectations of him were great at the reigning three time Serie A champions. The brass at Juventus would take nothing less than a Serie A title and Allegri was up for the challenge.

When Conte left, his Juventus squad played a 3-5-2 formation with all world class defenders anchoring that defense in Andrea Barzagli, Leonardo Bonucci and Giorgio Chiellini.

Allegri tinkered with different formations, switching from the 4-3-1-2, 4-4-2 and 4-3-3 and showed how versatile not only he, but his Juventus squad were.

He did not want to disrupt the dressing room too much and kept the Conte formation in reserve for important moments and the end of games.

The new manager rode on the success of his predecessor to a domestic double and a spot in the Champions League Final where Juventus lost 3-1 to Barcelona.

The domestic double earned him Serie A Coach of the Year award. Juventus would follow that up with another double in the 2015-16 campaign, despite losing key players Andrea Pirlo, Arturo Vidal and Carlos Tevez.

Entering his third season, the team lost the talented Paul Pogba to Manchester United. They would reinvest that money to buy Gonzalo Higuain, Miralem Pjanic and Marko Pjaca to name just a few.

His new squad seemed even better on paper than the previous season’s, and Juventus kept on winning, especially in their early season games at home, but they were struggling to dominate.

Yes, they were still winning, but unconvincingly. Couple that with losses to Milan and Genoa, and Allegri knew he had to go into his playbook and try something new to ignite his squad.

He finally decided to break away from his predecessor’s formation and switch to a 4-2-3-1, taking one of his strikers, Mario Mandzukic, and putting him on the left wing.

He moved Juan Cuadrado to right, slid Miralem Pjanic into a defensive role with Sami Khedira, and moved Paulo Dybala into a new trequartista role.

Not only did Dybala flourish in his new position, so too did Mandzukic.

Mandzukic in particular displayed a great work ethic that seemed to ignite his teammates. Allegri had all his playmakers on the field at once and finally Juventus began to dominate Serie A as in seasons past.

Juventus were not only dominating domestically, but they were also very dominant in the Champions League.

They cruised into the quarterfinals, only allowing one goal all tournament, to a match against Allegri’s old rivals, Barcelona.

The Catalans were coming off the back of a historic comeback against Paris Saint-Germain. Down 4-0 to PSG heading to the Camp Nou, Barcelona won the home leg 6-1 to win on aggregate 6-5.

It came down to the best defence in Champions League against the best front three ever assembled in the form of Lionel Messi, Luis Suarez and Neymar, better known as MSN.

Many wondered if Allegri would deviate from his 4-2-3-1 formation, but he declared days before the first leg that he would keep the same lineup.

On World Football Index’s Serie A Sitdown podcast, we broke down the way Allegri would set up against Barcelona.

We knew Allegri would play a very structured defence with men behind the ball, and as soon as the ball was in Juve’s possession, attack without regard.

In the first leg at the J Stadium, Juventus’ Dybala lead the way to a 3-0 victory. In the return leg, Juventus set up once again lined up in a 4-2-3-1 setup and shut out the Blaugrana to win in convincing fashion on aggregate.

Juventus would move onto the semi-finals to face the highest scoring team in Europe, Monaco.

Allegri saw what the high potential Monaco squad did to the likes of Tottenham, Manchester City and Borussia Dortmund, but the wily manager was not worried.

He calmed his troops and came up with a game plan. He knew of the great wingers and wingbacks that Monaco possessed and planned to stop that first. There was a switch away from the 4-2-3-1 to a 3-4-3 and the BBC backline of Andrea Barzagli, Leonardo Bonucci and Giorgio Chiellini was reinstated with wing-backs Dani Alves on the right and Alex Sandro on the left.

This way he could bring the wing-backs into play with a five man defence to stunt the attack of the French principality.

On the offensive side, Allegri knew Monaco would play with a high press and try to clog up the middle, which gave Alves and Alex Sandro acres of running space.

When this happened he could sneak Mandzukic up top with Higuain, Dybala could drop behind them for a cutback, and the far wingback could go to the back post.

Juventus won in Monaco 2-0 and won the return leg at home 2-1 for a date in the Champions League Finals with reigning champions Real Madrid.

Juventus arrive this weekend at the Champions League Final for the second time in three seasons. They boast the best defence in Europe, having given up an astonishing two goals in the entire tournament.

High scoring Real Madrid, led by their talisman, Cristiano Ronaldo and manager Zinedine Zidane will be a massive game for Allegri.

A third highest scoring offence with a plethora of world class players. The setup of this match will be a true chess match.

Though Zidane is not known as a great tactician like Allegri, the Frenchman has been a great half time adjuster. He has shown fantastic ability in flipping a game at half time.

How will Allegri line-up against the star studded Real Madrid team?

On Saturday June 3, 2017, he will have his team ready, and the way he lines his squad up will probably be the way that helps expose his opponents weaknesses the most.

When Massimiliano  wins the treble this Saturday, will you finally call him an elite manager? I already have.