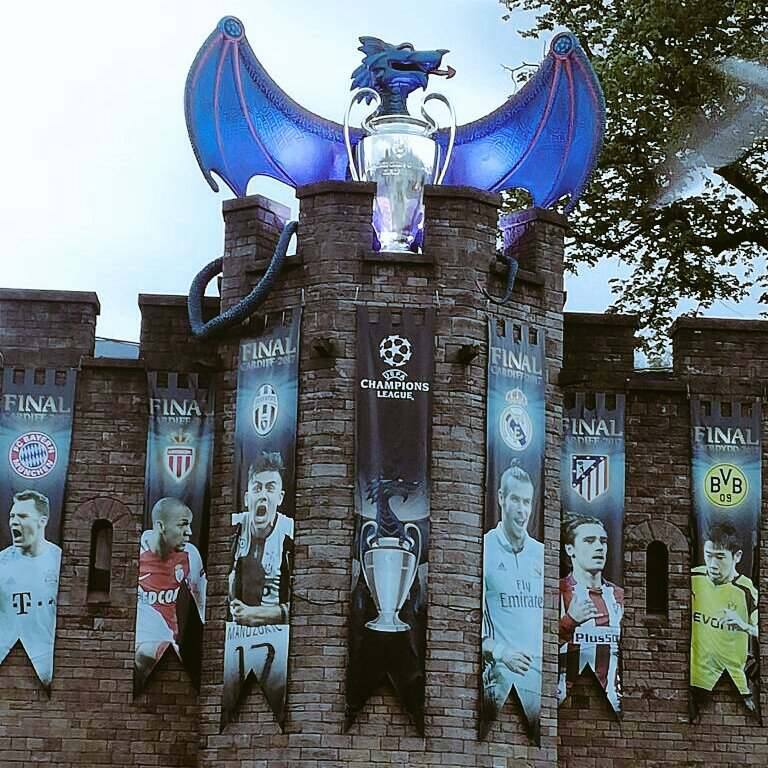 It all comes down to this.

Either Juventus complete a historic treble, or Real Madrid are the first to win successive Champions Leagues since the league format was installed, with Milan being the last to win back to back European Cups.

You could say this is a match of the irresistible force meeting the immovable object.

So many storylines centred around one game. Zinedine Zidane managing against the club that – you could argue – thrust him into the world spotlight as a player.

Massimiliano Allegri managing for that validation as one of the game’s elite managers (I think he’s already elite, but not many are ready to anoint him as such).

Gianluigi Buffon, the greatest goalkeeper to play the game, gets another chance to add the elusive winner’s medal for this competition to his extensive collection of honours, while the likes of Ronaldo and Sergio Ramos – who’ve been there and done that – could be the first to score in three separate Champions League finals.

Does Gareth Bale get the start in his native Wales, where Cardiff is the backdrop for this incredible theatre?

Can Sami Khedira and Gonzalo Higuain help their current employer achieve the treble against their former employer?

What about Dani Alves? A long time Barcelona man who’ll feel like this is a personal El Clasico.

And does Alvaro Morata, scorer of Juventus’s goal in the 2015 Champions League final, play a role in defeating the team that helped propel his career?

This is a final of footballing royalty. Real Madrid, long the standard of excellence in this competition, are in their fifteenth European Cup final, having won eleven and lost three.

Juventus, twice winners, have fallen short in six finals. Twenty-two finals between them heading into Saturday.

The wildcards in the lineups here are going to be in Juventus’s formation, and whether or not Zidane plays Bale from the start for Real Madrid.

Allegri could go to a three-man central defence as he deployed in both games against Monaco, meaning Andrea Barzagli is in, and Juan Cuadrado would be sacrificed.

This would shift Juventus into a 3-4-2-1 where, in terms of his starting position, Paulo Dybala would shift a little to the right, when in actuality he’ll move all over.

I’d prefer for Allegri start with the 4-2-3-1 from the off, as the work rate of Cuadrado up and down the flank (and in support of Dani Alves) can be a big help in warding off the threat of Marcelo coming forward.

Also, it will help when Ronaldo drifts to that side, which he invariably will.

For Real Madrid, the decision comes down to whether or not it’s Bale or Isco.

Stories are that Gareth Bale is fit to play, and if he is in from the start, Real are in a true 4-3-3.

With Isco, Real could have Ronaldo pushed in as another forward with Benzema, as the Spaniard can establish his influence and passing from just behind them in the No 10 role.

A difficult decision to make for the Real boss: Isco has been brilliant for the reigning European champions, and it’s hard to sit him out here.

Three Things That Could Lead Juventus to Victory

Three Things That Could Lead Real Madrid to Victory

The German international suffered an injury in the semifinal against Monaco but is fit to play this game.

He’ll have a job to do protecting the Juventus back line, and covering a lot of ground in the process, considering the technical quality of Real Madrid’s midfield.

A good way to stop Dani Alves’ ventures forward and his attacking influence on the game is to set the tone and maraud forward yourself.

Marcelo loves to attack from left back, and if Real Madrid can get superiority in possession, his presence will keep Alves (and possibly Cuadrado) pinned back.

I have been banging the drum for Italian football all season, and have been saying since late 2016 that Juventus is going to win this Champions League. I’m not changing my beat.

These two teams last met in the 2015 semifinals, where Juventus denied Real Madrid a chance of winning successive Champions Leagues by beating them 3-2 on aggregate.

While a number of names have changed in two years, the constants are Gianluigi Buffon, Leonardo Bonucci, and Giorgio Chiellini.

They have the experience and the history of dealing with what Real Madrid can throw at them.

They also have the confidence; it’s hard to bet against a defence that kept Barcelona goalless over 180 minutes.

Juventus won’t take Real Madrid lightly though. After all, Los Blancos are the reigning champions of Europe for a reason; they have been here before.

The match itself won’t be as open as the neutral will hope. In fact, it will be quite cagey.

Look for Juventus to get the first goal; I’ll even say it comes from Alex Sandro (just a hunch!).

Zidane, though, will be masterful at his substitutions and in-game adjustments, as he always seems to be.

Real will find an equaliser, and my wishful thinking is that it comes from Alvaro Morata, for the sake of a real storyline.

No matter who gets them, that’s all there will be for goals, and it will take penalties to decide it.

If you ask me to pick between Gianluigi Buffon and Keylor Navas, I’ll take Buffon, and Juventus will go on to win the Treble after a gruelling, nail-biting 120 minutes, conquering it all via penalties.