Juventus Player Of The Season: The Calcio Consultant 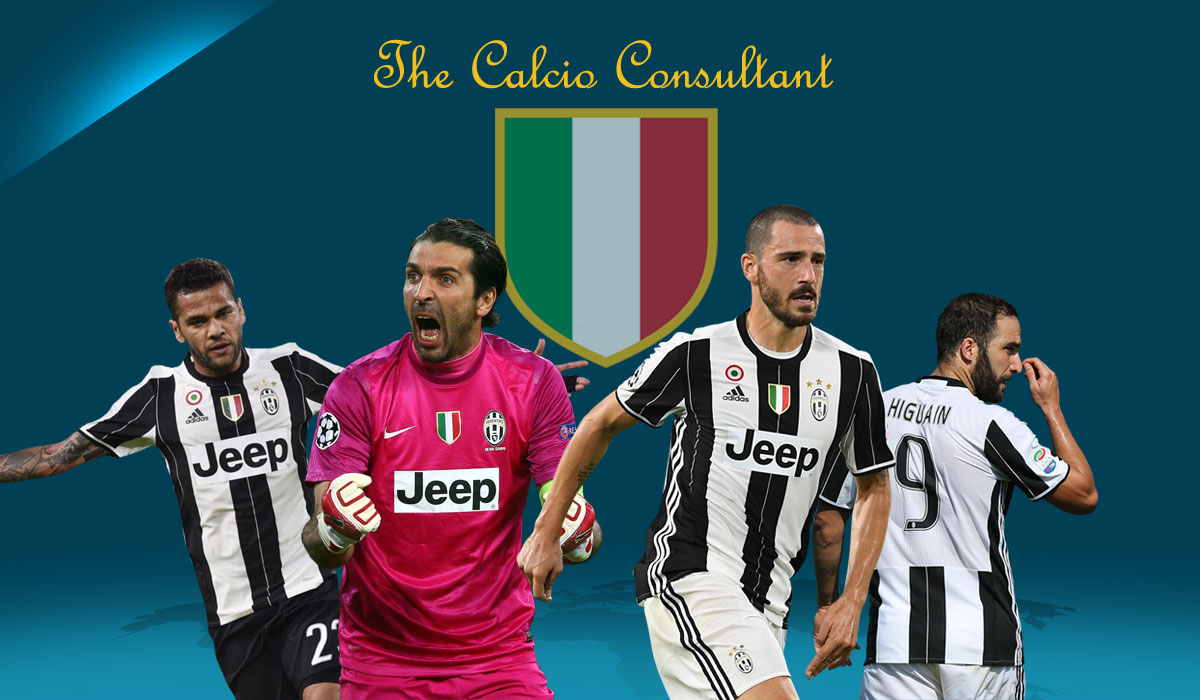 Juventus won the domestic double again in 2017, but who is their Player of the Season? The Calcio Consultant takes a look.

“Teamwork is the ability to work together toward a common vision.  The ability to direct individual accomplishments toward organisational objectives.  It is the fuel that allows common people to attain uncommon results.” – Andrew Carnegie

Okay so maybe this is not a Juventus roster of “common players.”  Still, three successive domestic doubles is nothing to take lightly.

Especially this season, when the Old Lady were pushed into match week 37 to clinch their 6 consecutive scudetto by the likes of Roma and Napoli.

In a Serie A season that was loaded with goals, and in the midst of a renaissance of attacking football, Juventus remained true to what has worked for them.

In particular, just 26 goals conceded through 37 matches.  Pretty impressive for a champion of a league that has seen 1,079 goals scored through 370 games (an average of 2.91 goals per game).

And while they scored 75 goals this season, three and four goal margins were few and far between by the rest of the league’s standards.

In just 10 of their 37 Serie A games, they scored three or four goals.  Their formula is a simple one for all their talent; get comfortably ahead, see the game out, rinse, repeat.

A two-goal cushion is enough for The Old Lady.

So what about the individual accomplishments directed toward those organisational objectives?  Is there really a player of the season for this Juventus team?

While it is obvious to appreciate the collective effort, let’s make the case for and against each of Juventus’ starting eleven.

As you can see from each player, they all made positive contributions.  The 2016-2017 Juventus is the epitome of a team, in its simplest definition.

Though going through the pros and cons of each player, The Calcio Consultant nominates the following for Juventus’ player of the season:

In a season where Serie A is littered with goals, and where the Champions League always is, Bonucci is the constant in a Juventus defence that was the most stubborn.

He played the most out of this defence which only conceded 26 goals in 37 Serie A games, and just 3 goals in 12 Champions League games.

As I mentioned, his passing from his position in incredibly underrated.  While Daniele Rugani did deputise well for Bonucci, the young defender wasn’t in the big games like Bonucci was.

You could make a case for just about anyone in this starting eleven, as I tried to.  However, the veteran defender for me was Juventus’ Player of the Season.