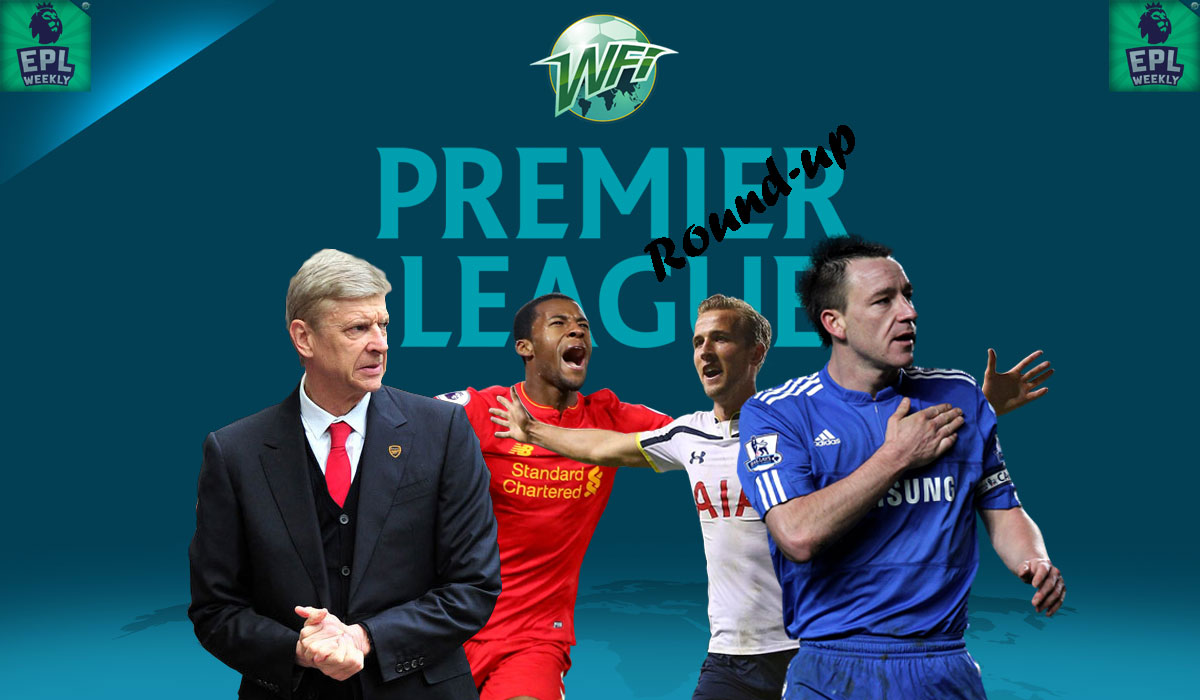 He didn’t have any, and it was obvious he didn’t want to be there. Everybody knew he was a dead man walking.

After Arsenal’s pointless victory over Everton yesterday, a similar gloom descended on the Emirates press room.

Arsène Wenger was there, but he was also somewhere else, answering questions about his future with a mixture of apology and jaded distraction.

After a desolate Spring, his players had tried to salvage their limping season, seven wins from their last eight proving precious little, far too late.

For the first time in two decades, his ruffled grey hair will be startlingly absent from the Champions League.

Through all of the transfer sagas and angst-ridden melodramas, Tuesday and Wednesday nights at the Emirates have been the one unyielding constant.

Arsenal had their troubles, yes, but they were still mixing it with the best every year, still worthy of the title ‘elite’ .

Their latest collapse is a final, irredeemable removal of that tag.

If that’s a bit too depressing for you, then how about Liverpool’s joyous return to the Champions League?

A nervous first half against Boro was blown to bits by Gini Wijnaldum’s opener, the Dutchman’s goal in stoppage time capping a wonderful debut year at the heart of the midfield.

By the time Coutinho and Lallana scored, a party atmosphere had descended on the grand old stadium.

One famous actor may be leaving the stage, but another one is enjoying their revival.

Elsewhere in the Premier League, much of the intrigue had already evaporated.

Chelsea said goodbye to John Terry after Sunderland had threatened to shock their battle-weary fans with a first-half opener.

By the time normal service resumed, Terry was already sitting comfortably on the bench, a guard of honour giving way to serenades from the stands.

Many have questioned his character off the pitch, but none can query his contributions on it.

A loyal servant and world-class defender, enjoying every one of his sides’ five clinical goals.

Miles away from the long goodbyes at Stamford Bridge, Mauricio Pochettino’s Spurs were giving Hull a royal pasting.

It’s easy to forget that Harry Kane was injured for 3 months this year, but it’s impossible to ignore his 29 goals in 30 freewheeling games.

With a Premier League Golden Boot under his belt, England fans can finally allow themselves to believe they have a world-class striker.

Kane nabbed 3 of the seven Spurs goals, a perfunctory win confirming that they are very much here to stay.

The same can’t be said for Walter Mazzari, who will be relieved not to have learned English after all.

But the Catalan knows all too well the shortcomings of his own stay in England, with City’s failure on all fronts sure to be noted by the Eastlands hierarchy. He’ll be granted another go next season, but the honeymoon and the adulation is over.

Zlatan Ibrahimović didn’t need to move to Old Trafford. League titles in Italy, Spain and France had already cemented his legacy, but the Malmö native has never baulked at a challenge.

The Swede is losing his legs, but his performances this year prove that class and technique trumps waning limbs.

Injury may have curtailed his involvement (and, probably, his short stay in the Premier League), but ‘Ibracadabra’ lived up to the hype with an encore fitting of his magical career.

WFI Manager of the Year

At the beginning of the season, pundits salivated at the rekindling of the Guardiola-Mourinho rivalry.

In the end, both disappointed, their reputations bowing under the weight of Jurgen Klopp’s grin and Antonio Conte’s lustre.

No manager, however, has done more to earn the accolade than Burnley’s Sean Dyche.

The Lancastrians may not be fashionable, they may not have any star players, but what they do have is their club’s best ever league finish.

Marco Silva has been linked with both the Watford and the Southampton job in recent days, but his record looks positively flimsy when compared to the miracles being worked by the Ginger Mourinho at Turf Moor.

Dyche and Burnley won’t get much credit for their achievements this year, but you get the sense that that’s the way they like it.

See you next season!