FC Crotone Rise Like The Phoenix From The Flames 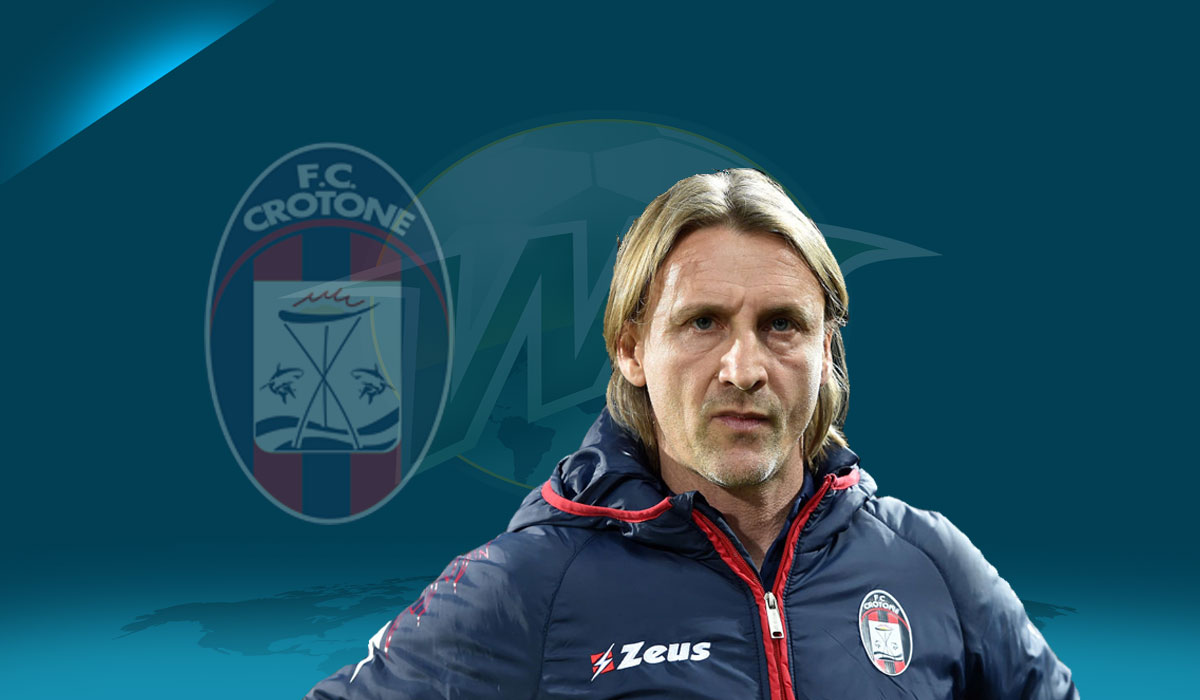 To say Crotone had little chance of success in Serie A would be an understatement.

Not that Crotone won Serie A, but we’ll get back to the Leicester comparisons later.

If I asked you to point on a map where Crotone is, do you think you could find it?

I’ll save you the embarrassment:

“Located in Calabria, on the sole of the Italian boot, Crotone is the poorest town even by southern Italian standards,” says Michael Yohkin in his ESPNFC article from March 2016.  While this little fishing town on the Mediterranean may be small – its stadium has a capacity of only 10,000 – it does not lack a soul.

Perhaps it is fitting that it is located on the sole of the Italian boot.

For a good example of their soul and fight, you needn’t look further than the 2015/16 season.

The season prior, they just survived staying in Serie B by one point. The upcoming season looked bleak for the Pitagorici with a similar relegation battle at their hands.

Then led by manager Ivan Juric, Crotone got off to a fast start and never looked back. The Calabrese side, against all odds, finished second and secured a first ever promotion to Serie A in their ninety-three-year history. The celebrations lasted for days.

As when any team gets promoted, the vultures start to circle.

Crotone would lose key players in the summer, including sixteen-goal Ante Budimir. To top all of that, the local idol who masterminded the team into Serie A, Ivan Juric, also left the club to manage Genoa.

Crotone scrambled to find a replacement that played in a similar style to Juric. The club made offers to Roberto De Zerbi and Fabio Grosso, though neither accepted the role. Thus, Crotone were forced with their last option, Davide Nicola.

Nicola managed in a defensive style, and his resume was filled with relegations and sackings.

Diego Falcinelli and Lorenzo Crisetig arrived on the last day of the transfer window, via loan deals, to give the Pitagorici a last-minute boost to their offense.

The season started roughly for the Calabrese.

By the last week of October, Crotone had a measly one point from their opening games. In fact, the gap between Empoli and the bottom three was more than the point totals of Crotone, Pescara and Palermo combined. Relegation looked a certainty.

We had Blair Newman of The Gentleman Ultra on our October 23rd podcast and we posed the question, “Will Crotone get 10 points this season?” Our consensus was that they would barely surpass that mark.

By their 29th game of the season, Crotone had only fourteen points with nine games remaining. They would need a miracle to somehow catch Empoli.

Most managers in Nicola’s position would have been sacked by week 29, if not earlier.

By contrast, Palermo had a number of managers by this point in the season, and a new owner if we’re picking straws.

Raffaele Vrenna is not your typical president though.

Since buying the club in 1991, Vrenna has brought stability and patience.

Vrenna’s patience brought Crotone from the 8th division up to Serie A. That same patience allowed Nicola to keep his job, with Vrenna saying, “Nicola will stay until the end of the season.”

Nicola’s unbreakable spirit would pay back that faith to his president and the fans of Crotone.

On April 7th, Crotone recorded their first victory away from Calabria with a 2-1 win over the Flying Donkeys of Chievo. In a post match interview, Davide Nicola stated that he would ride a bicycle the length of the Italian peninsula should he steer his side out of trouble.

Crotone would go on to collect seventeen points in their next eight games to pull within one point of Empoli with one game to go.

Empoli’s last match would be against relegated Palermo, while Crotone had to face one of the teams of the season, Lazio.

Though the miraculous was in reach, the feat was still difficult. Both games were played simultaneously.

If you are not familiar with Crotone’s stadium, San Giovanni Hospital stands right next door.

Throughout the season, fans of both Crotone and visiting teams got creative, like the famous story from February of a Juventus fan so keen on seeing his team from Turin play, despite the sold-out stadium, that he faked his own illness to watch the game through the window, before being quickly found out and kicked out of the hospital.

Though this was frowned upon most of the season, I’m sure they granted a pardon for the final day; an all important day for the town of Crotone.

Crotone struck first when Marcus Rohden slid a perfect pass from the right flank to a wide-open Andrea Nalini, who sent the Stadio Comunale Ezio Scida into a frenzy.

The celebrations would not last long. Just three minutes later, Lazio were awarded an unnecessary penalty, which was calmly put away by Ciro Immobile to halve the deficit.

Jubilation turned to tension despite the sending off of Lazio’s Bastos, and the first half would end 2-1.

Many supporters turned to their phones to get an update from the other game. Palermo and Empoli were still tied 0-0.

The second half began like the first had ended; tension filled the air.

Crotone were able to win a corner kick in the 59th minute. Barberis sent it to the far post where Gianmarco Ferrarri was able to get to the ball first and head it back across the goal, where Andrea Nalini pounced.

His brace gave the  Pitagorici a 3-1 lead.

Relief and euphoria spread throughout the stadium. All eyes quickly turned to their phones, knowing one goal by Empoli could change their fortunes.

Sixteen minutes later, the crowd erupted. The players on the pitch looked around.

Celebration ensued in the stadium and in the following days in the Calabrese city. Applause came in from all over the world as Nicola’s men did the unthinkable, and Davide Nicola confirmed he would own up to his promise and ride the length of Italy.

“From Calabria at the end of the ‘boot’ of Italy, he is set to ride north to Torino—about 1,300 kilometers—to celebrate his side’s survival in Serie A against all odds.”

In the 2014/15 season, Leicester were on the verge of relegation. Then something clicked.

They would go on to win six of their last eight matches – collecting nineteen points from a possible twenty-four – to complete one of the most remarkable late-season comebacks in English league history, and one of football’s greatest relegation escapes.

The form displayed by Crotone during their final nine games was the best of any side in Serie A, including Napoli, Roma and Juventus.

Their remarkable run of twenty points in their final nine games is enough to match Leicester’s great escape of two years ago. However, who Crotone had to beat to achieve that – Inter, Torino, Sampdoria, Milan, Juventus and Lazio, all of whom finished in the top ten – is what makes this run so miraculous, and one of the greatest footballing stories ever told.

As well all know, Leicester City went on to win the league the very next season.

Can Crotone do the same?

Loading...
Newer Post
Post-Maradona Blues: Number 10s in the Shadow of an Icon
Older Post
Everton’s Youth & Transfer Policies Begin to Bear Fruit – Can They Reach The Next Level?