Guilherme Arana: Heir to Marcelo Continues to Impress in Brasileirão 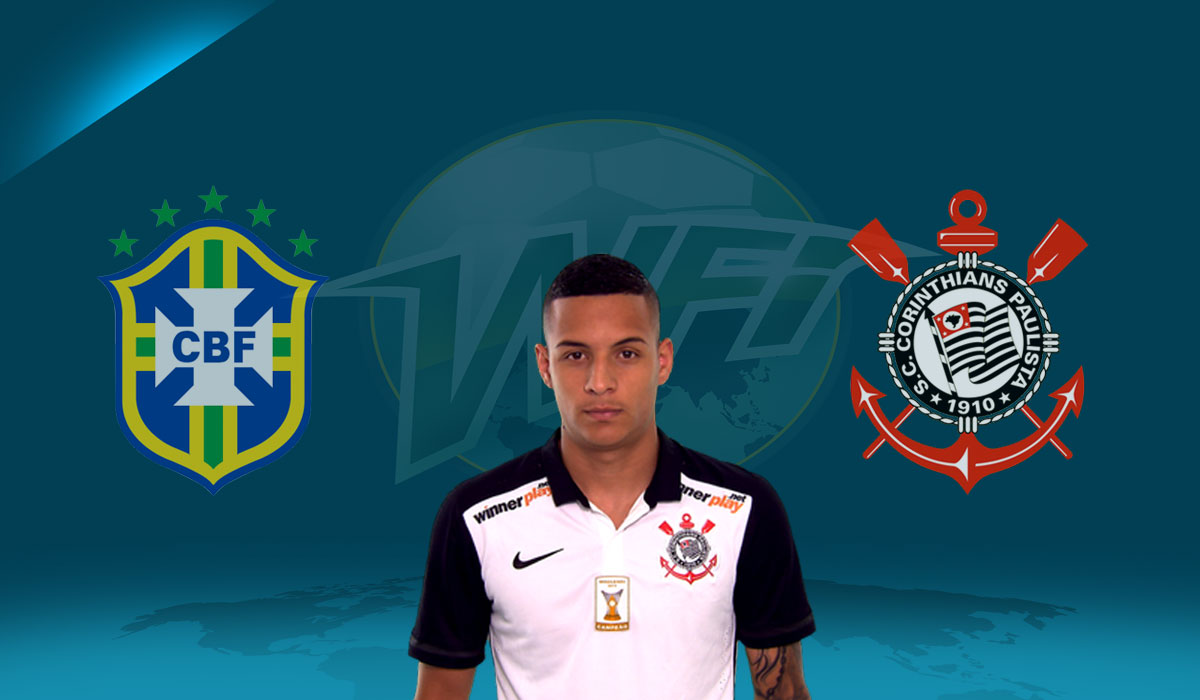 By full-time, they – ecstatic Corinthianos, that is – had renamed the Allianz “Arana Parque” or the “Allianz Arana”. Collared by a Premiere FC reporter on his way to the changing rooms, Brazil U-20 star Guilherme Arana added insult to injury by dedicating his outstanding performance to heartbroken Palmeirense friends tuning in at home and sent them a much-needed “abraço forte” (a strong hug).

“What does it mean to you, a Corinthiano since you were a boy, to score a goal in a clássico victory like this?” he was asked.

“It’s an incredible sensation. A unique moment, isn’t it? To play for Corinthians against Palmeiras in the biggest derby in Brazil. I’m very happy that I could help the team.” he responded in his humble manner.

“You’ve scored three goals now as a professional, two in the Arena Palmeiras. Do you like to score here?” The defending champions must be sick of the sight of him. With his 65th minute half-volley, latching on to a beautiful chipped pass from Romero that sailed above the heads of three defenders and is usually deemed to be beyond the Paraguayan’s skill-set, Arana all but killed their title hopes by opening up an unassailable 16-point gap as Corinthians now remain unbeaten in 27 matches across all competitions and 10 points in front of second-place Grêmio.

Arana had been a terror all night. His team started sluggishly but he was a threat from the get-go giving future Barcelona squad member and Colombian international Yerry Mina a taste of things to come in the opening minutes with the type of humiliating caneta nutmeg he has become known for.

To rub salt into the wound, Palmeiras had come racing out of the tracks and were unlucky not to take the lead as their eternal foes, true to form, sat back and soaked up the pressure until their first real move around the 21-minute mark. A running theme and a huge part of their team’s success this year, Romero and Arana expertly linked down the left flank to punish their opponents.

From the corner of the pitch, Romero cleverly anticipated Arana’s blistering diagonal run into the box, safe in the knowledge that a clumsy Bruno Henrique would fail to handle the left-back’s explosive pace. And fail he did. Arana was brought down and rightfully awarded a spot kick that Jadson converted to put the visitors up as they held on to weather a storm of a first half that ended with possession 65% to 35% in Palmeiras’ favour.

After the interval, Arana took over the show choosing an excellent moment to mark a first goal of the season that had arguably been the only thing missing from a generally faultless Brasilierão campaign thus far.

Exhibiting the best parts of his game, albeit without a trademark ‘chapéu’ overhead flick, this prototype of the now-classic Brazilian left-back continued to run at Palmeiras’ defenders often drawing lanky, slower adversary Mina out and exploiting Cuca’s double error to bank on Tchê Tchê, better suited as a holding midfielder, at right-back and then, bafflingly, place attacker Roger Guedes in the position once Tchê Tchê had indeed been moved further up the pitch.

Despite this, the goal caught the surprise of many expecting Arana to square the ball to the ‘God of clássicos‘ Jô, who was having a rare off-night.

Not to worry, as this was Arana’s time to shine taking this one for himself and thundering his effort past Fernando Prass into the bottom right corner. Forgivably caught up in the moment, Arana stampeded to the touchline beating the Corinthians badge on his chest and demanding a sea of wounded Palmeirenses to “suck it” before then holding two imaginary pistols up to the rest of the silenced stadium.

In the aftermath of this assertive win, the plaudits continued to roll in. On SporTV, respected journalist Luiz Ademar posed and answered his own question:

“Were the championship to end today, who would be its craque? For me, Arana. Either he scores or he assists. He’s Corinthians’ king of assists.”

Radio Globo reporter Mayra Siqueira concurred allowing Ademar to further gush that Arana is now playing at an “international level” and is worthy of the national team as someone who has always reminded him of Real Madrid’s Marcelo.

Difficult as it may be to dislodge Marcelo, coming off his best season at the Bernabéu in wake of securing a Champions League and La Liga double, Arana himself is ready for the call-up.

“There’s great ‘laterais’ (backs) in the squad already, but I’m doing my part here. If they need me, I’ll be prepared.” confirmed the Corinthians youth academy product in developments which must unsettle his main competition to become Marcelo’s successor to the throne: Juventus’ Alex Sandro.

For, with respect to an unquestioned desire to head to Russia with the Seleção next summer, Sandro should complete a rumoured move to Real Madrid in this transfer window at his peril. Granted, there is the increased likelihood of claiming European club glory there as opposed to sticking around in Turin, however, from a playing time standpoint, it would make no sense to sign up for an increased dose of playing second fiddle to Marcelo.

Were this to occur Arana’s predicted, continued ascent would surely make him the apple of ‘Professor’, as he is referred to by his former subjects at the Arena Corinthians, Tite’s eye, the national coach having gradually brought him through from the youth to the senior team in his 2015 championship-winning side.

Therefore, an equally-tipped transfer to Chelsea makes much more sense for Sandro, whose ability to also slot in as a wide midfielder could see all three players involved in Brazil’s World Cup project.

Naturally, Arana too has been linked with an array of potential suitors including Inter Milan, Bayer Leverkusen, Atletico Madrid, Barcelona and lesser names including Bordeaux — a common business partner of Corinthians’ — and, as of this week, CSKA Moscow – who had a €15mn bid rejected on Monday.

Additionally, Arana is said to have impressed Premier League contenders such as Manchester United and Spurs in U20s action against England last year.

According to club officials, Arana will not be allowed to leave for anything less than €20mn and no sooner than December, when the Brazilian season has already concluded. Even this fee, in a footballing world gone mad, would be pocket change and infuriate fans well aware that Corinthians would stand to keep just 40% of any agreed sum.

What’s sadder is that Arana clearly wants to stay, perhaps beyond next season to build upon almost certain Liberatores qualification and contest South America’s premier continental club competition. Yet the decision lies neither with him nor his employers and instead with a string of agents and businessmen including electronics magnate Fernando Garcia, owner of former club sponsor Kalunga.

Irrespective of how long Corinthians can stave off interested buyers though, Arana remains one to watch and a star of the future.