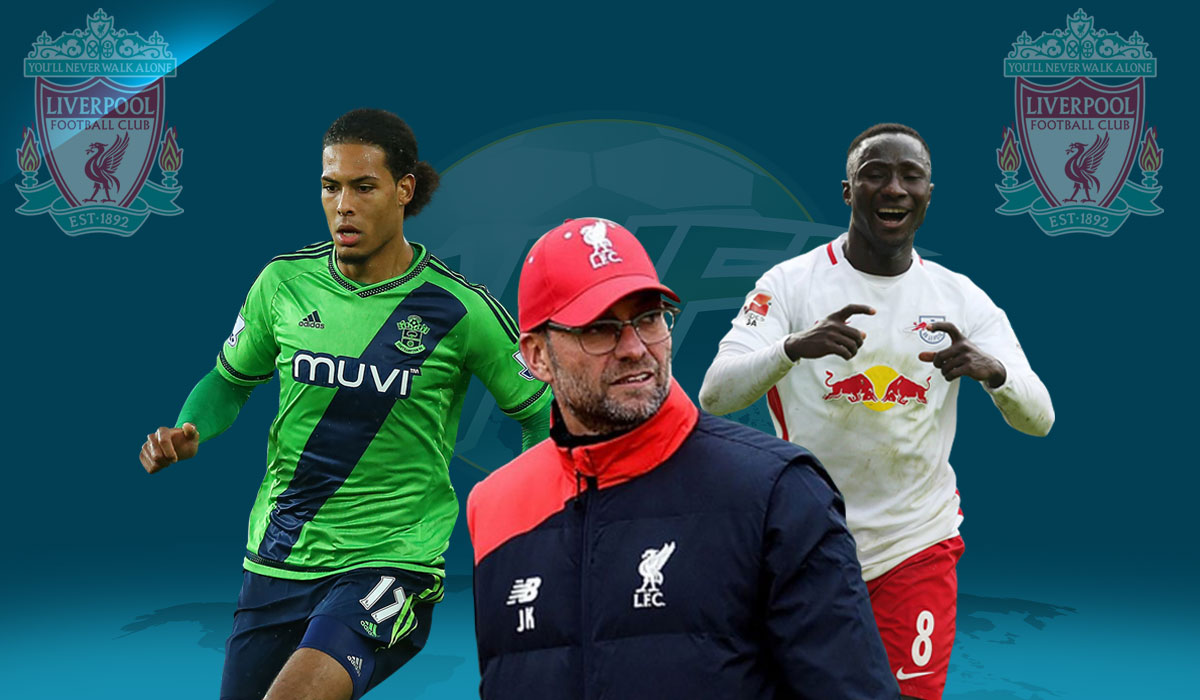 Liverpool FC have been involved in two of the biggest and most eventful transfer sagas of the summer so far, but at the same time, both have been complete non-events.

The gossip flowchart for two of their main targets this summer constantly loops back to the beginning, and at the moment Jurgen Klopp still doesn’t have either Virgil Van Dijk or Naby Keita in his squad for next season.

Along with Mohamed Salah, Van Dijk and Keita were the players near the top of Liverpool’s hit-list this summer and have been on the radar of Klopp and Sporting Director Michael Edwards long before last season had finished.

The club were investigating the availability of (and, in some cases, in negotiations with) their list of targets as early as April.

“We have to see. Most of the work is already done, of course,” said Klopp after his side secured fourth place in their last game of the season.

The German sarcastically added that he will be sitting down with his Sporting Director after the game to discuss their summer transfers.

“Tomorrow with Michael Edwards we will sit together and speak about what we think we need!”

“Now we have to make decisions,” he added in a more serious manner.

“Negotiations need to be done. All that stuff. But it’s all good. We are prepared, we will see what works out or not.”

The shrewd signing of Salah had been in the works for some time, and was completed when Roma’s new Director of Football, Monchi, was able settle in at his new club.

But this deal has been forgotten in the Keita frenzy.

Part of the hype around these moves revolves around the fact that Liverpool don’t seem to be in for any alternative players.

Alex Oxlade-Chamberlain’s name is regularly linked with the club, but he isn’t an alternative to Keita.

The truth is that there is no alternative to Keita, hence the huge fees surrounding his name in the transfer gossip columns.

The Guinean would break Liverpool’s transfer record by some distance, should he sign, and it could easily be double the £35million they spent on Andy Carroll or the €42million spent on Salah.

Even if the club do find an alternative target, they won’t find anyone with Keita’s all-round quality. The lack concrete rumours surrounding possible of fallback options mirrors the RB Leipzig midfielder’s uniqueness.

It’s a similar story with Van Dijk. After Klopp took the Dutch defender on a day out in Blackpool, hoping the charms of the Lancashire would help secure his signature, Southampton threatened to report Liverpool to the Premier League for tapping up their player.

Liverpool subsequently apologised and backed out of any deal, but it’s rumoured that they still harbour hopes of reviving the deal once things have settled at the south coast club, and their new manager Mauricio Pellegrino has had time to asses his team.

After all, what new manager wouldn’t want an extra £60million — the fee touted for Van Dijk — to play with in the transfer market?

For a club desperately in need of improvement in the centre back position, especially on the left side, there have been surprisingly few concrete links to players other the Van Dijk.

It looks like Van Dijk or nothing for the Anfield club, but in terms of centre backs there are alternatives out there and it will be interesting to see if any are linked in the coming weeks.

But though the “alternatives to…” articles are being written, the club seem happy to play the waiting game for their two main targets, unless they have something up their sleeve, just in case; after all, there’s still a long time left in this transfer window.

In Klopp’s first summer transfer window the club secured the services of Sadio Mané and Georginio Wijnaldum, but these players were themselves alternatives to initial targets Mario Götze and Piotr Zieliński.

This could indicate that the club can still do good business after main targets have been missed, but at the same time, Klopp isn’t in the business of signing players for the sake of it. He prefers to use existing players to fill gaps in the team if the right player isn’t available in the transfer market — as the left back situation demonstrates.

After their pre-season friendly against Tranmere, the manager urged Liverpool fans to be patient, and to not worry so much about transfers. But given the craving for minute-by-minute news, and the frenzy the transfer window generates on social media, his words might fall on deaf ears.

“If any fans think, ‘What are the other teams doing and why are we not doing anything’, I can’t help. Sorry,” he said after the 4-0 win at Prenton Park.

“We cannot buy players because other teams buy players. We do our business as good as we can do it and we are convinced about the way we are going.

“Nervous fans? Sorry, I don’t have to write a message for this. I am not nervous: maybe that is the message.”

However, in the eyes of many fans, the transfer window will be a failure unless they see Van Dijk and Keita being paraded around Melwood in their new No 4 and No 8 shirts.

Yes, fans have even assigned them squad numbers.