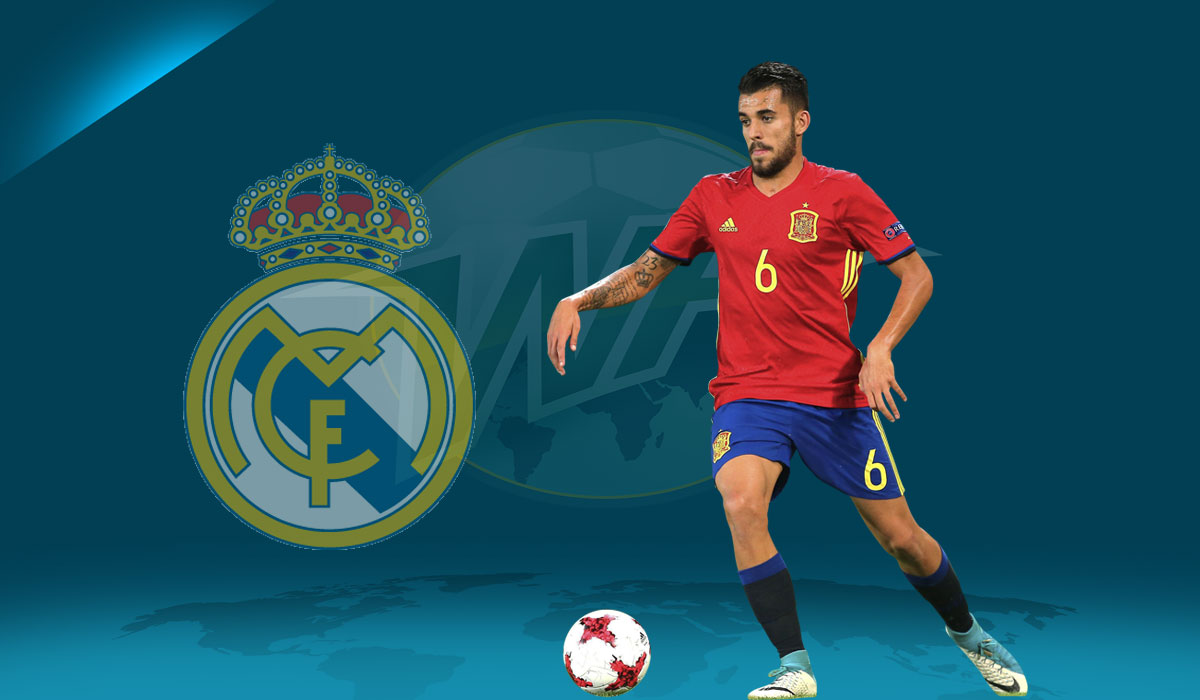 Casemiro, Kroos, Modrić; the BBC ahead of them.

If last season taught us anything, though, it’s that Zinedine Zidane knows how to put the I in team, especially when you put another I after the first I, and an X before the pair of them.

At the start of that season, as was the case at many of the world’s leading clubs, players were being reintroduced in phases as they nursed their throbbing limbs in the aftermath of a brutal and elongated 2015/16 campaign, the tail-end of which dragged on via Euro 2016 and the Copa América Centenario.

In their stead, as would happen so often as the season unfolded towards a league and Champions League double, the likes of Kiko Casilla, Mateo Kovačić, Marco Asensio and Álvaro Morata stepped up to the plate and smashed any notion of them being a mere tribute act out of the park.

Indeed, Asensio scored a wonderful goal in that game, rubberstamping his growing reputation as yet another pequeño mago.

The ‘problem’, as has been discussed by this writer before, was that the supposed B team performed so well that they surely wouldn’t be content with being the backups for long.

So, with rumours continuing to swirl around Danilo and Morata’s futures at the Bernabéu, James Rodríguez already out the door, and Zidane’s irrefutable influence growing with every trophy, Real Madrid’s comings and goings could signify the closest thing to long-term planning that has ever happened on Florentino Pérez’s watch.

The Summer So Far

Of the first-team squad, it’s not just James that’s made his exit.

After ten years as a proponent of violence, theatrics, and outright defensive brilliance, 34-year-old Pepe has joined Besiktas on a free. Following him out the door are Mariano – who’s made an intriguing move to Lyon for €8m – and Fábio Coentrão, who admitted to not being at the level at which Real Madrid demands ahead of his loan move to Sporting Lisbon.

Youth academy graduate Burgui has left on a free, and returning loanee Diego Llorente has been sold to Real Sociedad for €6m after a decent loan spell at Malaga.

Arrivals-wise, Theo Hernández has completed his protracted transfer from Atletico Madrid after an excellent season on loan at Alavés, much to the chagrin of his former employers, not to mention his girlfriend, and keepy-up aficionados everywhere.

Otherwise, it’s the return of loan players, including the other Llorente (Marcos; no relation) that should finally provide some specialist competition and backup to Casemiro after his own excellent season at Alavés alongside Theo. Central defender Jesús Vallejo, who impressed at Eintracht Frankfurt, has also rejoined the squad, inheriting Pepe’s vacant number 3 shirt in the process.

Oh, there’s the whole Vinícius Júnior thing as well, but that’s a story for another day.

So far, so slow, which mirrors recent transfer windows, and is far from a bad thing, given the strength of their squad and the depth of their achievements.

There are the usual rumours – a Hazard here, an Mbappe there, plus the usual talk of De Gea – that whip up the excitement of bored football fans the world over, but the most solid of these links has come in the form of their alleged pursuit of Real Betis youngster Dani Ceballos.

With his propensity to drift wide from central areas – be it to link up in attack or to recover the ball in defence – Ceballos shares the tendencies of Luka Modrić. However, with his slightly italicised gait, insistence on vertical passing, and his ability to make opponents look stupid via clever feints and contortions of the hip, he could be seen as being in the mould of Napoli’s Marek Hamšík.

Given that he won the Player of the Tournament award at the recent UEFA European Under-21 Championship ahead of Asensio and the competition’s top scorer Saúl Ñíguez, it makes the fact that Gus Poyet plain didn’t fancy him during the Uruguayan’s ill-fated time in charge at the Benito Villamarín all the more bizarre.

While Poyet would eventually get the sack, Ceballos would go on to dictate and destroy from the heart of the Betis midfield.

Going back to the Modrić comparison, a quick look at some stats:

Offensively, the pair averaged 1.3 key passes per game in La Liga, where the Spaniard completed one more dribble per game than the Croatian (2.7 to 1.7), showing his bravery on the ball. But that bravery can come at a cost, as Ceballos was dispossessed 2.3 times per game and took 1.9 bad touches, compared to Modrić’s 1.2 and 0.9 respectively. However, Ceballos was fouled an astonishing 3.9 times per game, more than three times the amount of Modrić’s 1.2.

However, it’s worth noting that Real Madrid tended to face teams that lined up in a low block far more often than Betis, making the midfield busier for Ceballos — where Modrić would have to go towards his opponent when attacking, Ceballos would have to navigate past the opposition in order to move up the pitch.

The Real Madrid man is also eleven years older than the Spaniard, so there is plenty of time left for Ceballos to adapt his game, and he’s already shown for the Spanish U21s that he’s more than capable of playing for a side that looks to dominate the ball much more than the 49% that Real Betis averaged last season.

As Modrić closes in on his 32nd birthday, Zidane could do much worse than turn to Ceballos when it comes to future-proofing his midfield, especially if it means depriving their two closest rivals of one of Spain’s outstanding talents — the question is whether the Andalucían would get the requisite minutes to develop his talent, and whether Real Madrid have someone else in mind to inherit James’s number 10 shirt.

Speaking of which, the rest of Madrid’s business may depend on the futures of both Morata and Danilo, both of whom have been linked to Chelsea, the latter of which might mean that they seek additional cover in defence. What kind of defender will depend on whether the versatile Nacho is asked to cover more for Dani Carvajal or one of Sergio Ramos and Raphaël Varane.

As for Mbappe, it turns out he’s got a lease on a new home in Monaco, if that counts as news, or indeed counts as anything.

And while it might be tempting to look at a squad consisting of Isco and Asensio (and potentially Ceballos) as being a kind of Barcelona dressed in white, especially in comparison to the muscular dynamism of the Mourinho era, it should be noted that they are purchases rather than graduates, a fact that should help Pérez sleep at night.