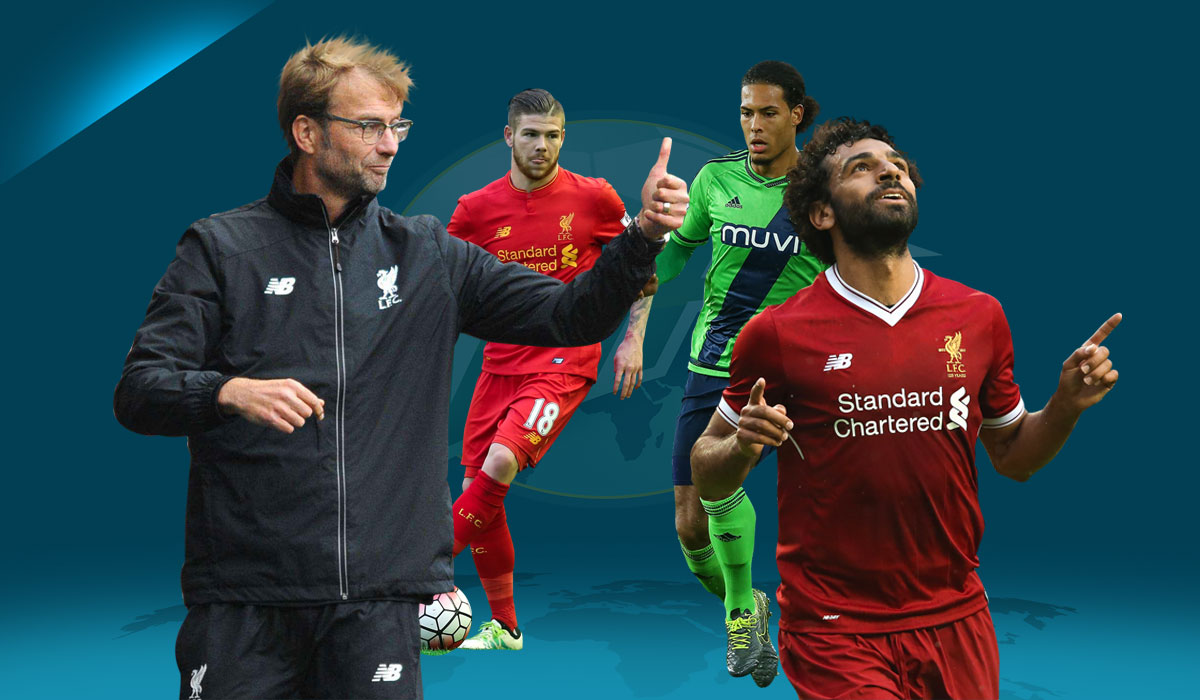 Liverpool’s pre-season has been dominated by two transfer sagas which are yet to reach a conclusion, but there have also been several encouraging signs on the pitch.

Virgil Van Dijk looks like the player most likely to arrive at the club by the end of the transfer window, and as it was revealed that there are no alternatives should a move fail to materialise, Liverpool better hope that they land him.

“If Van Dijk does not sign from Southampton, it is unlikely Liverpool will purchase an alternative,” said Paul Joyce of the Times.

The Naby Keita deal, meanwhile, looks dead in the water. But if Liverpool get past Hoffenheim in their Champions League playoff, a late bid with qualification assured could tempt the player to finally force a move.

While the transfer rumours have dragged on in a wearisome manner, the action on the pitch has been anything but lethargic save for the odd sleepy spell in the humid climates in which the games have been played. This pre-season effort has been epitomised by one player in particular…

Roberto Firmino returned from his wedding celebrations in Brazil looking surprisingly spritely. There was a slight hangover in the game against Tranmere, but it didn’t take him long to get back into the swing of things.

He has embraced the No 9 shirt he took due to Mohamed Salah’s arrival as the No 11, and though he has always been much more of a traditional centre forward than the false 9 he’s often incorrectly billed as, he now has the number on his back to indicate this.

The Brazilian has also risen up the pecking order on penalty duties, and in the final game of pre-season he stepped up ahead of last season’s taker, James Milner, to score against Athletic Club.

His clever movement, excellent link up play, and intense work rate had returned fully, well before the last pre-season game, and he also impressed on the left of the front three as Dominic Solanke operated in the central position. Positive signs going into the new season.

Initially, the signing of U20 World Cup winner Solanke felt like something of a bonus. Fans were almost discounting it as part of the club’s summer business as they waited for more high profile names to arrive at the club in attacking areas.

But gradually Solanke has shown that he’s a real option in central attacking positions, playing either as the striker or as the most attacking midfielder just behind another forward.

The thought of him and Firmino, who share many strengths, operating together up front would worry many an opposition, and could provide the unexpected attacking threat needed to break down the stubborn defences Liverpool will inevitably face this season.

With Adam Lallana out injured, Solanke could easily slot into that position behind the striker and at the head of the midfield, offering similar work rate and technical ability but also adding extra pace and strength to the role.

If pre-season is an audition as well as a fitness exercise, then Alberto Moreno has done much to convince Jurgen Klopp that he has what it takes to at least be a recurring character in this season’s drama.

The Spaniard has shown attributes which could be vital to the team this season as they challenge on four different fronts against a wide range of opposition who will pose varying tests.

Behind him new signing Andrew Robertson has come in and shown many similar traits to Moreno. If anything, he looks steadier down the left flank, and can link the play well while also boasting a good left-foot cross.

The defensive skills of the pair are always questioned, but should Van Dijk arrive to bolster the left centre back position, these two attacking full backs could get much more joy at both ends of the pitch, and mean Liverpool no longer need to play Milner at left back.

“You do your best and give everything.”
Wijnaldum on why he’s relishing Reds’ midfield competition: https://t.co/KPctjpGqKR pic.twitter.com/QVBaaIisSg

One of the more subtle, under the radar occurrences this pre-season has been the occasional use of Georginio Wijnaldum as the deepest midfielder of the three in the 4-3-3 formation.

The No 5 has all the physical attributes required to be a busy, harrying, snappy defensive midfielder, and with some improvement on the defensive side of the game in terms of positioning and tackling, he could become one of the club’s best options in the position.

Emre Can made the position his own in the absence of Jordan Henderson towards the end of last season, but seeing as the captain is now back in contention this could be one of the trickiest areas of the team for Klopp to keep everyone happy.

Can is highly thought of in Germany, but will need regular first team football in order to make the 23-man squad for next summer’s world cup.

As a 27-year-old captain Henderson should be the first name on the teamsheet, but there are still questions as to whether he’s the best player in this position, and his fitness has also been a worry since his recurring foot injuries.

Add Wijnaldum into the mix, and Klopp has some decisions to make.

The Salah and Mane fast track

When Salah joined the club at the end of June, questions were asked around how he and fellow winger Sadio Mane would fit in the same side.

The answer so far has been to play Salah on the right, where he played for much of his time at Roma, and Mane on the left where he played regularly for both Southampton and Red Bull Salzburg.

Klopp also spoke about this supposed conundrum after the Egyptian international signed for the club, but seems to be enjoying the luxury offered by the two players as opposed to seeing it as a selection problem.

“Sadio could play on the right and Mo could play as the No. 10. No problem,” he told the Liverpool Echo.

“Mo can even play as the No. 9. He was the striker, the second striker, at times for Roma. We have lots of different options.

“Bayern Munich’s most successful time was with a left footer on the right wing and a right footer on the left wing. Ribery and Robben. That wasn’t the worst idea!

“Sadio has played on the left before. Most of the time it’s actually easier for players to play on the ‘other side’. These two players have the ability and the speed to play on either wing.

“Of course we’ve thought about it but in this moment it’s about having lots of different options. We will consider all of them and then make decisions for specific games.”

The players certainly boost the options within the squad, and it will be interesting to see if Salah’s ability to play in central positions is utilised during the season.