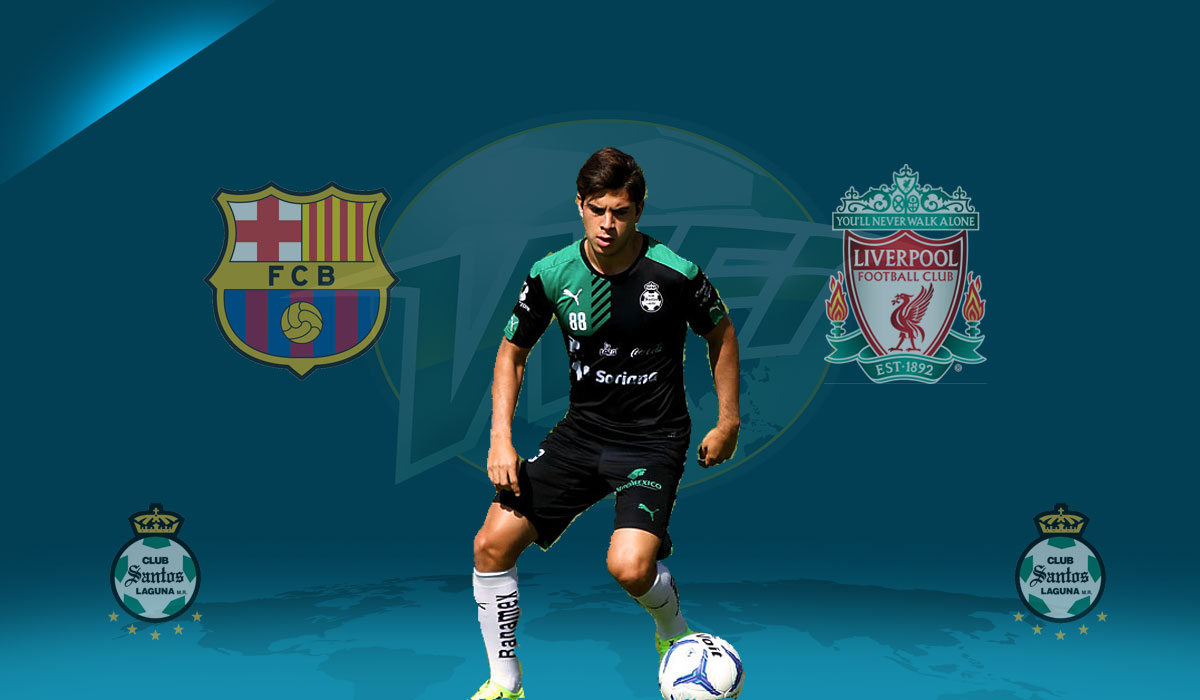 Liverpool have made an enquiry into the availability of Santos Laguna midfielder Ulises Rivas Gilio, with Santos reportedly asking for a fee of £5million (writes Tom Harrison).

TheReds could face stiff competition for Rivas’ signature though, with Barcelona and Anderlecht also rumoured to be interested.

Rivas, a defensive midfielder, broke into the first team at Santos when former Mexico boss José Manuel “Chepo” de la Torre became head coach. De la Torre has rebuilt the squad at Santos, with Rivas one of four academy graduates that have become key members of the side.

His best attributes are his fitness and hard-working nature. Only two players covered a greater distance per 90 minutes than him in the previous Liga MX season.

With 11.37km travelled a match, Rivas would have ranked seventh for average distance covered in the English Premier League in 2016/17 — highly impressive considering the draining impacts of heat and altitude in Mexico. Most Liga MX teams play at an elevation in excess of 1500m, whilst temperatures in Torreón, where Santos Laguna play their home games, can peak above 30C in every month of the year.

It’s this distance covered statistic that may well have turned the heads of scouts at Liverpool, Barcelona and Anderlecht.

Aided by his workrate, Rivas proved himself to be a good ball-winner last season. The 21-year-old averaged 2 interceptions and 1.7 tackles per game across the 2016/17 Liga MX campaign. Rivas also won 3.3 duels per match, at a 53% success rate.

In terms of weaknesses, one stands out in particular: Rivas’ distribution when in possession. 78% pass efficiency in 2016/17 is rather poor for a “number six” who doesn’t take too many risks with the ball at his feet. 0.7 key passes and 2.8 long balls per match illustrate how conservative Rivas usually is when in possession.

Moving to a major European league, where the pressing game is more advanced, partly due to the lack of heat and altitude, will only make things more difficult for Rivas in this regard. With less time on the ball, his pass efficiency could drop if he were to move across the Atlantic.

He is an interesting defensive-midfield prospect, especially when considering his impressive work rate, but has to develop a huge amount to warrant a place in the first-team squad at Liverpool or Barcelona.

It seems a move for Rivas from a European giant would be a long-term investment, and if he were to complete a transfer, he would likely be sent out on loan.

£5million would be a fair amount to pay on a player who’s only had one full Liga MX season, but if he were to improve his technical ability and reading of the game, Rivas may one day generate a profit for Liverpool or whoever else that may come in with a bid.

Tom is a freelance Mexican football writer for various outlets, and covers the Mexican national team as well as LigaMX. You can also find him on the Colorful Kit Podcast.