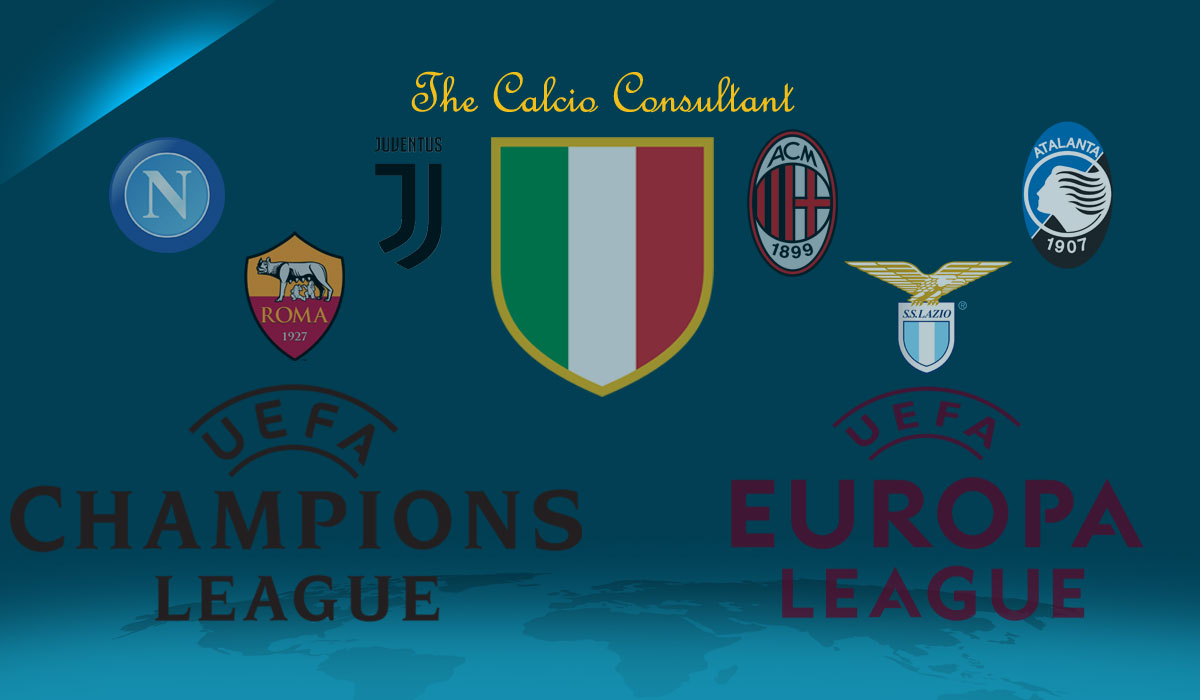 With the international break behind us, the European competitions will be front and centre over several midweeks (writes Frank Crivello).

We’ve seen where everyone is drawn, now let’s have a look at each team’s prospects.  There are three Serie A teams in the Champions League, and three in the Europa League.

Clearly, I’m pessimistic about any of Serie A team’s chances to lift the Champions League trophy in the Spring, but will more than welcome it if it happens!

So all in all, it should be a solid season for Serie A teams in Europe.  They are all good enough to get out of their group stages, and even if Roma don’t qualify from their Champions League group, 3rd means a Europa League place.  All six teams should be playing in European competitions in February, 2018, with a varying degree of expectations for each.