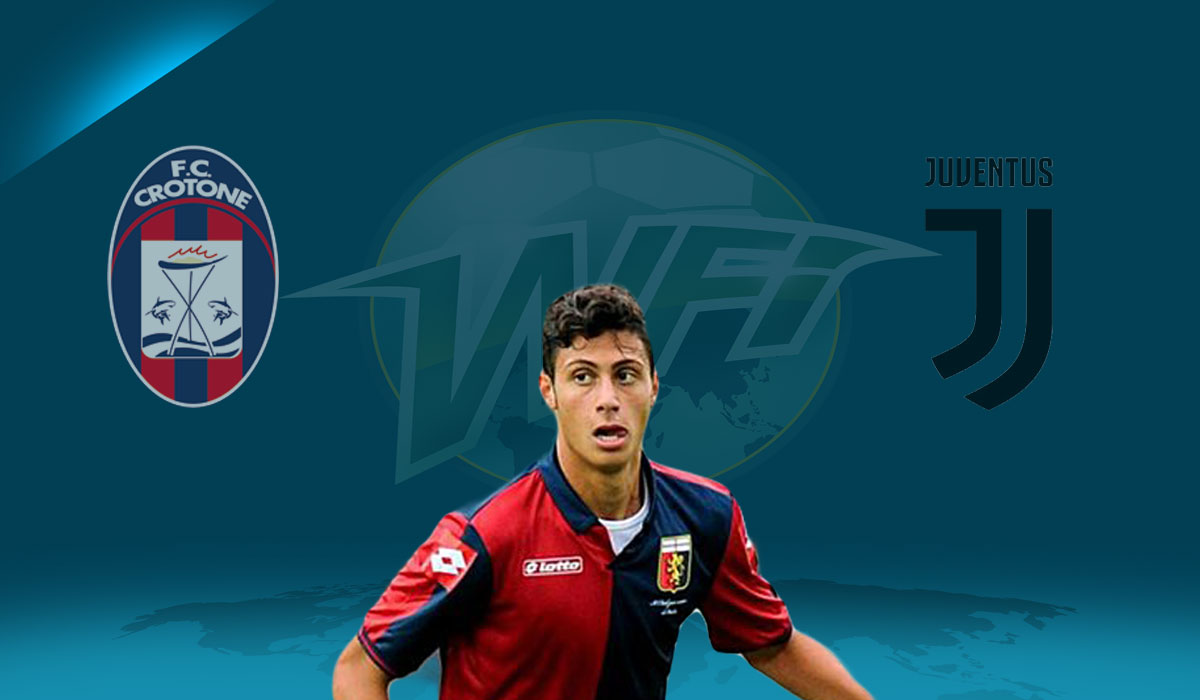 Rolando Mandragora is a young Italian that not many fans may know about yet, but they soon will.

Mandragora joined the Genoa youth academy at age fourteen and has been steadily improving since. A midfielder, who in his own words has said,

“I’m a midfielder who loves to be on the ball a lot, I have good technique but I also carry out defensive tasks.”

He has technical ability, composure and awareness that is uncommon for someone his age. It all came on display against his future team Juventus during his debut for the Genoa senior squad on October 29, 2014. During that match he impressed everyone as he shut down Paul Pogba and helped his team to victory.

His performance notwithstanding, he was unable to crack the Genoa starting lineup due to Andrea Bertolacci and Stefano Sturaro ahead of him in the pecking order. Genoa would send the young Mandragora to Pescara in Serie B to hone his skills and get some playing time.

While with the Delfini, the Italian appeared in 27 matches overall in both league and cup games. Mandragora finetuned his play and matured on the ball in high pressure situations. His playmaking ability and pass distribution increased. He was strengthening areas that needed work, like his right foot.

That much-needed pitch time was developing the player quite well. Several teams continued to monitor Mandragora’s improvements, and finally, in the January 2016 transfer window, a big team came calling. Juventus signed the midfielder to the tune of €6 million on a 5-year contract. The star-studded Bianconeri had no room in their squad for Mandragora, so continued his loan with Pescara for the remainder of the 2015-16 season.

In April 2016, Mandragora suffered a fractured metatarsal in his right foot which required surgery. His recovery was hindered due to complications, and he was forced to undergo a second surgery that August.

Mandragora would join Juventus for the 2016-17 season, but did not make his debut with the senior squad until late April of that season, coming on as a late substitute against his former team, Genoa.

This past summer Mandragora participated in the FIFA U-20 World Cup for Italy and captained the team to a third-placed finish with a victory over Uruguay, making seven appearances.

Juventus, keen on continuing the youngster’s growth, opted to send Mandragora on loan to Crotone for the 2017-18 season. The 20-year old will get much-needed game time in the top flight of Italian football.

In the season opener, Mandragora had a match to forget, and was one of the worst-rated players for Crotone. Gazzetta Dello Sport, Tuttosport, Corriere della Sera, and La Stampa all rated him a five out of ten.

That assessment is a bit unfair, given Crotone were playing with 10 players for majority of the match. Federico Ceccherini received a red card three minutes into the match and the team were behind the 8-ball from then on. That, coupled with his debut match for Crotone, led to Mandragora being unsettled throughout the match.

Crotone’s second match against Hellas Verona was an improved performance for Mandragora. La Repubblica rated him six out of ten. The Italian seemed less nervous and shy in his second match than his debut against Milan.

He had a nice free kick delivery that found the head of Ante Budimir in the 29th minute, but the shot just missed, wide right. Later on in the 41st, Mandragora took a corner kick that found Arlind Ajeti for a close range shot that just missed wide left.

He continued to be a danger off set pieces, as two more deliveries nearly found the back of the net, for want of better finishing. Again, he played playmaker late in the match when he set up Giovanni Crociata in the 81st minute. The difficult angled shot was saved by Nicolas at the bottom right hand corner.

Mandragora will excel this season with Crotone; there’s no doubt about it. With each passing match, he will gain more confidence in Serie A. If nothing else, young Italian will become a playmaker and danger-man from set pieces and counterattacks.

The brass at Juventus hope the Italian from Scampia will blossom this season for the provincial club. Juventini around the world should keep an eye on his development, because you will be seeing him back with the Bianconeri sooner rather than later.