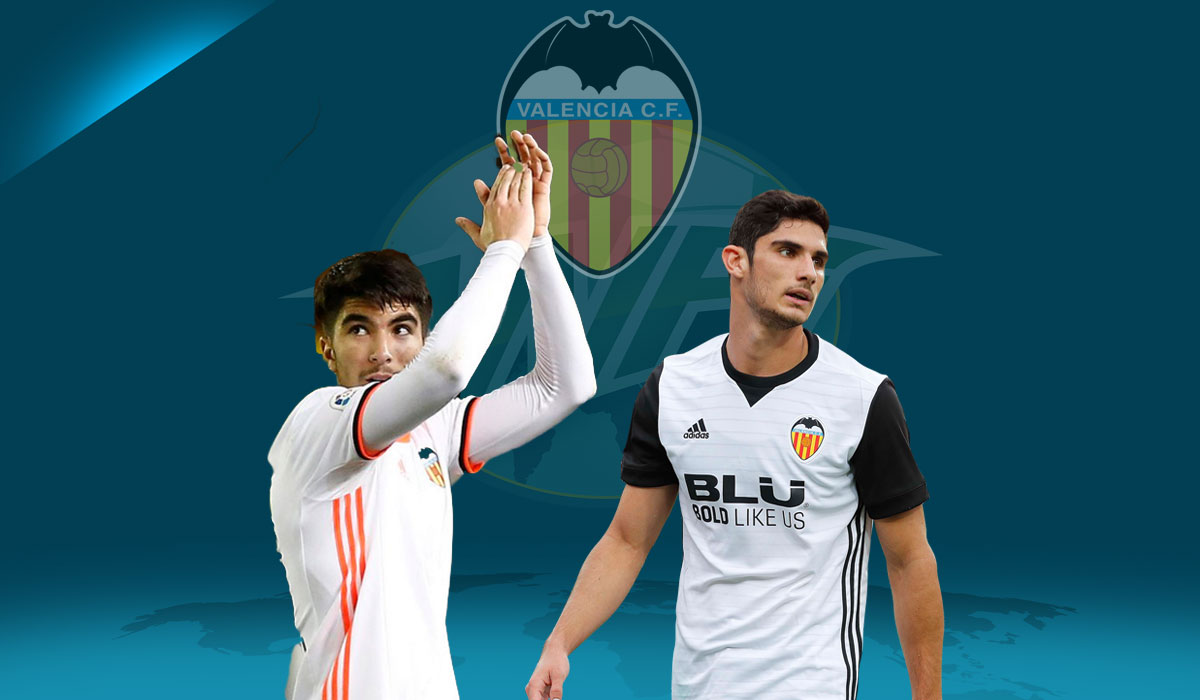 The Top 4 are starting to separate themselves from the rest of La Liga, and Valencia are right in there amongst the likes of Barcelona, Real Madrid and Atletico Madrid. Valencia hosted FC Sevilla in the biggest match of the weekend (writes Matthias Suuck).

Despite the 4-0 score line, the match wasn’t quite that one-sided. Marcelino’s 4-4-2 was simply deadly on the counter attack against Sevilla. Statistically, both sides were actually quite even, but whereas Valencia were clinical in front of goal, Sevilla were sloppy and wasteful.

Valencia controlled the key areas of the pitch and won the important battles. Geoffrey Kondogbia’s presence in the center of the pitch was simply dominant, and the skillful runs of Carlos Soler tied Escudero in knots.

But the man of the match (and honestly season so far) for Valencia was Gonçalo Guedes. Scoring twice and delivering the brilliant assist for Santi Mina’s goal, the Portuguese youngster was truly unplayable. He tore Sevilla’s defense apart time and time again.

With this impressive victory, Valencia sit in second place, just four points behind Barcelona and are one of three unbeaten teams in La Liga. Their devastating counter-attacking style will allow them to challenge and push the other big teams, but against the likes of Barcelona they have to shore up their defense a bit more. Odds are that not every side will be as wasteful as Sevilla.

Gonçalo Guedes scored a perfect 10 with @WhoScored after his sensational performance versus Sevilla this past weekend. pic.twitter.com/bzoApDVl94

In other action across Spain, Quique Setién’s Real Betis got back on track in a 2-0 win against relegation candidates Alaves. The Beticos are still well on track to challenge for the Europa League spots and will always entertain.

Villarreal got an important 4-0 win against Las Palmas and continue their climb back up the table since the sacking of Fran Escriba. Javi Calleja has the “Yellow Submarine” playing with confidence once again.

The “Big 3” all won without conceding a goal. Real Madrid’s early season problems seem to be a distant memory, following their confident 3-0 win over Eibar. Atletico Madrid earned all three points in an unimpressive 1-0 road win against Celta Vigo, and league-leaders Barcelona put two goals past still-winless Malaga.

Another surprise story this season has once again been Leganes. Another typical 1-0 victory over disappointing Athletic Bilbao, sees the club sitting in fifth place in the table. Though they will never impress you with their attacking force (only having scored 8 goals), but their defensive prowess is more than noteworthy (only conceding 3 goals).

Two matches to keep an eye on this next weekend will be Atletico Madrid hosting a resurgent Villarreal and Sevilla hoping to bounce back against Leganes.