The Premier League’s Reluctance to Remove the Glass Ceiling 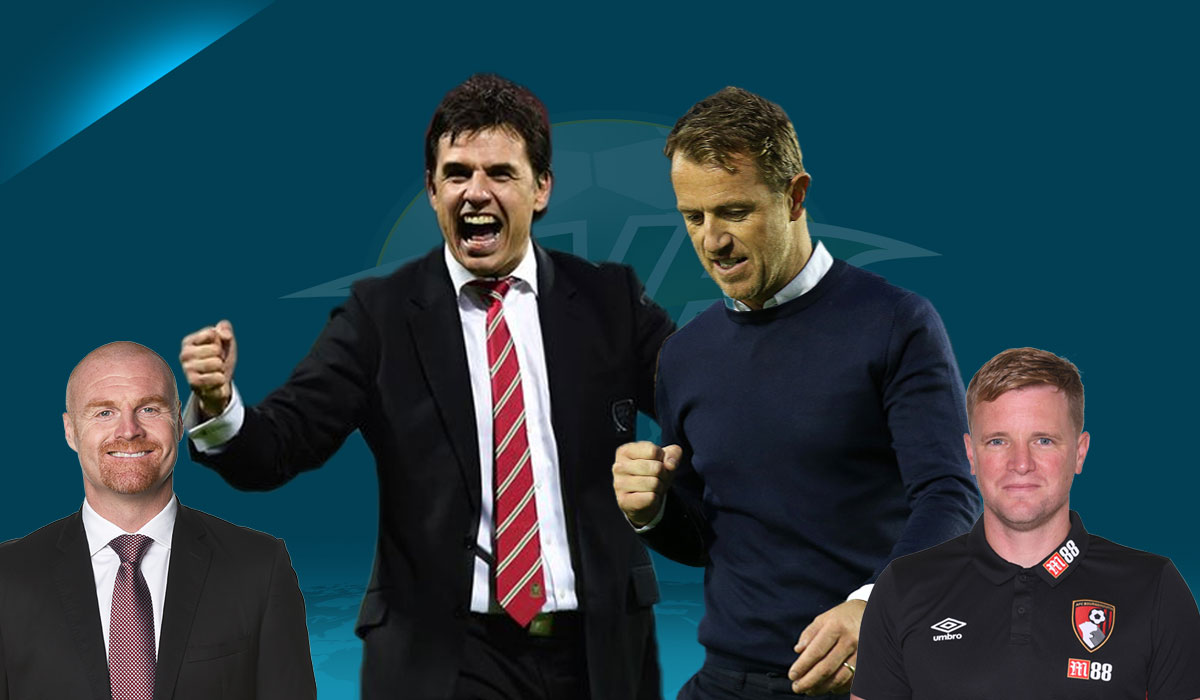 It’s that time of year again — the time before the festive holidays when clubs in the lower half of the Premier League become trigger happy when it comes to the hiring and firing of managers. And once again, we see the same old names being linked with saving their seasons, writes Stephen Fox.

With Tony Pulis being recently sacked from his job at West Brom, the hunt for a new replacement has begun.

The regular names have all been suggested, and it appears that Alan Pardew is the favourite to take the job. It’s a move that, on the face of it, wouldn’t be too surprising — after all, he is a manager who has plenty of experience in the Premier League having previously managed Charlton, West Ham, Newcastle United and Crystal Palace. He famously almost managed to get Newcaste into the Champions League in the 2011/12 season when they finished fifth, and he is somebody who is capable of starting very well at clubs.

And yet there isn’t much excitement around Pardew, as you already know exactly what he is going to provide as a manager: a ‘steady pair of hands’ that should be able to keep West Brom away from relegation, but things will eventually go completely wrong for him, and it will inevitably result in him leaving the club.

It’s a familiar pattern that always happens with Pardew, who is a man that came within one bad result of relegating a West Ham team that featured Carlos Tevez and Javier Mascherano; whose fifth place finish with Newcastle was overshadowed with seasons of tempting relegation and some of the most pathetic displays of football seen in the division; whose run to the FA Cup final delayed the inevitable at Crystal Palace, despite their league form already being in the toilet..

It is quite similar to West Ham, who hired David Moyes on a six month contract in a bizarre attempt to keep them from being relegated. Moyes’s recent history in the last four years should be enough of an indication that he is not worthy of a job in the Premier League. His reign at Sunderland was a disaster by every conceivable measure, which ensured their long-overdue relegation came to fruition without any kind of fight or desire. It’s safe to say that without the heroics of a young Jordan Pickford, things really could have been worse for Moyes.

His reigns at Manchester United and Real Sociedad also didn’t impress, yet many will still point to him as being a capable manager based on what he achieved at Everton, but what he did at Everton was a long time ago now and he’s shown zero sign of learning from his previous mistakes. Why is he continuing to get jobs in the league when he has shown absolutely nothing to warrant it?

It’s the usual managerial merry-go-round every season featuring the same managers – Sam Allardyce, Tony Pulis, Alan Pardew, Roy Hodgson David Moyes et al — who all offer the exact same thing, all somewhat capable of keeping teams up on the basis of ‘experience’ and what they did in the past, even ignoring the recent history of their questionable managerial skills (besides Sam Allardyce, who is legitimately good at what he does).

It’s shocking that Chris Coleman can lead Wales into their first international tournament in some time, take them all the way to the semi-finals with a sense of unity around players that had no business being there, but yet he is now managing a team in Sunderland where managerial careers go to die while Moyes and Pardew can continue to con their way into Premier League jobs.

Are the Moyeses, Pardews and Hodgsons of the world honestly worth giving another chance to at the highest level when there are other British managers who seemingly cannot seem to get the chance? Garry Monk did a great job at Swansea before it all went a little south for him, but then went on to be arguably Leeds’ best manager in the last fifteen years, but there is still no mention of him being linked to another Premier League job.

Would Gary Rowett honestly be a worse option to manage a Premier League club than the usual suspects, when he or Monk could potentially offer something besides the status quo? One only has to look towards the brilliant work that Chris Wilder is doing at Sheffield United, dragging them out of League One and having the club right up there in the Championship promotion places. And yet, you will not hear a single word of the work that he is doing; he’s flying criminally low under the radar.

One could point towards the likes of Eddie Howe and Sean Dyche, two younger British managers who have received praise from the media and have been linked with bigger clubs, but would they have received such praise if they hadn’t forced their way into the Premier League in the first place? One only has to look at the Bundesliga and see the likes of Thomas Tuchel and Julan Nagelsmann being linked with clubs such as Bayern Munich.

These managers are given chances at mid-level clubs before earning the right to coach somewhere higher, compared to what happens in the Premier League, where there’s a definite resistance to reaching outwith the norm.

It shouldn’t come as any surprise to see why no English manager has won the league since 1992.

Not only are the top six looking abroad for those who can cut it in European competition as well doing well in the league, the clubs lower down in the table seem to have confused the word ‘safe’ with ‘familiar’ — in their minds, it’s the ‘safe’ option to hire the Moyeses, Pulises and the like, because all they care about is achieving survival in the league, and it is hard to blame them for that, as the cost of relegation can be massive, especially considering how difficult the Championship is, and there are no guarantees that they can just bounce straight back.

In short, it’s easier to go with familiarity as opposed to taking a risk, and often when a risk is taken, they go about it in the wrong way, hence Frank de Boer losing his job after a mere four games at Crystal Palace, and being replaced by the ‘safe’ Roy Hodgson.

Eventually, English football will have to accept that something needs to change in regards to coaches and managers. England have wonderful youth teams at the moment, and they have some fantastic young players already in the senior team, but nothing will help to improve them if they do not attempt to improve the standard of domestic coaching in the country, which cannot happen if English and/or British coaches can’t smash through that glass ceiling.

Richard Keys can go on Twitter all he likes and moan about ‘the death of British coaching’, but people like him need to realise that the threat doesn’t come from abroad; it comes from a lack of imagination within.