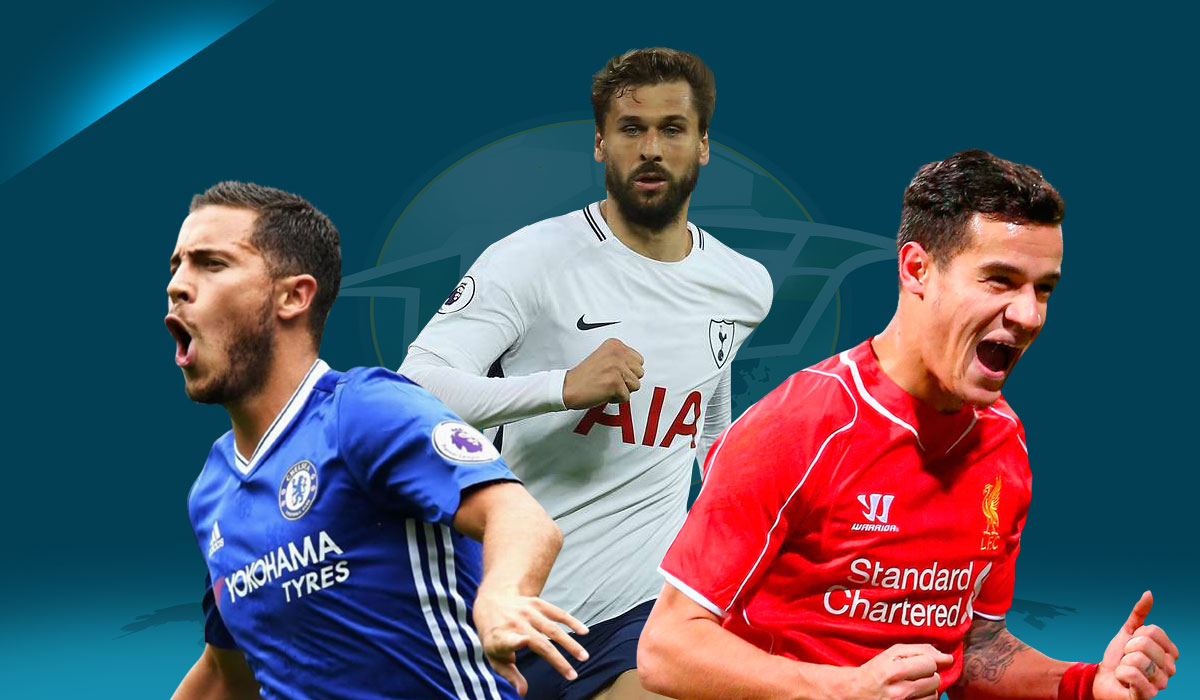 There were plenty of Premier League stars on show in midweek as five English representatives made it into the Champions League’s last 16 for the first time.

Sky Sports Fantasy Football managers were left wishing their displays had counted towards their scores in the game, especially after match-winning performances from popular picks such as Philippe Coutinho and Marcus Rashford.

With midweek games included in round 18, here are the stand out names from the Tuesday and Wednesday just gone who are worth considering.

Manchester City slumped to a disappointing defeat at Shakhtar Donetsk on Wednesday, but there was nothing disappointing about Ilkay Gundogan’s display.

The German was clearly keen to impress in midweek, having more touches (132) than anyone else as he completed 103 passes – again a match-high, and a total which would’ve been worth a tier two Sky Sports Fantasy Football pass bonus.

A midweek round of games means Gundogan could make just his second Premier League start of the season at Swansea, and if he can replicate Wednesday’s performance he will be well worth your selection.

Philippe Coutinho was the star of Liverpool seven-goal show against Spartak Moscow on Wednesday, scoring a hat-trick as they secured their place in the last 16.

With three tackles won and four shots on target, plus an unquestionable man of the match accolade, his performance would have been worth a massive 29 Sky Sports Fantasy Football points if this had been a Premier League fixture.

Riding that wave of confidence into Sunday’s Merseyside derby, few people would bet against Coutinho being one of this week’s highest scoring players, especially with him boasting three goals and two assists from eight appearances in the heated fixture.

It was an Englishman starring for Manchester United as they closed the group stages with a win, Marcus Rashford netting the decisive goal against CSKA Moscow in a man of the match display.

The youngster was a problem for the Russians all evening, only Igor Akinfeev’s display in between the sticks preventing him from extending United’s lead as he peppered the away goal with three shots on target.

Ahead of Sunday’s Manchester derby and Wednesday’s clash with Bournemouth, Rashford is certainly one to consider, having come up with the goods against City before and boasting one goal in two appearances against the Cherries.

Fernando Llorente ended his wait for a Tottenham goal in some style on Wednesday, adding an assist and a man of the match display to it against APOEL.

The Spaniard is expecting to start at least one of Spurs’ two outings next week, and he will fancy his chances of adding to his first goal in their colours as the North London side go into clashes with Stoke and Brighton as firm favourites.

His chances are only higher when considering his aerial threat, and the fact that both Brighton (7) and Stoke (6) feature in the top five for goals conceded from set pieces.

After his 22-point haul against Newcastle last weekend, Eden Hazard provided the teasing delivery that brought about Stefan Savic’s own goal in midweek – ensuring a point against Atletico Madrid.

That wasn’t the only teasing the Belgian did at Stamford Bridge, as he completed eight dribbles in another electric display.

Sky Sports Fantasy Football managers should expect him to continue that form this week against West Ham and Huddersfield – especially with four goals and three assists in his 10 appearance against the former.

Loading...
Newer Post
“He’s got to do better there” – How Football Punditry Is Eating Itself
Older Post
Can United Spring A Surprise to Stop City? – Manchester Derby Preview