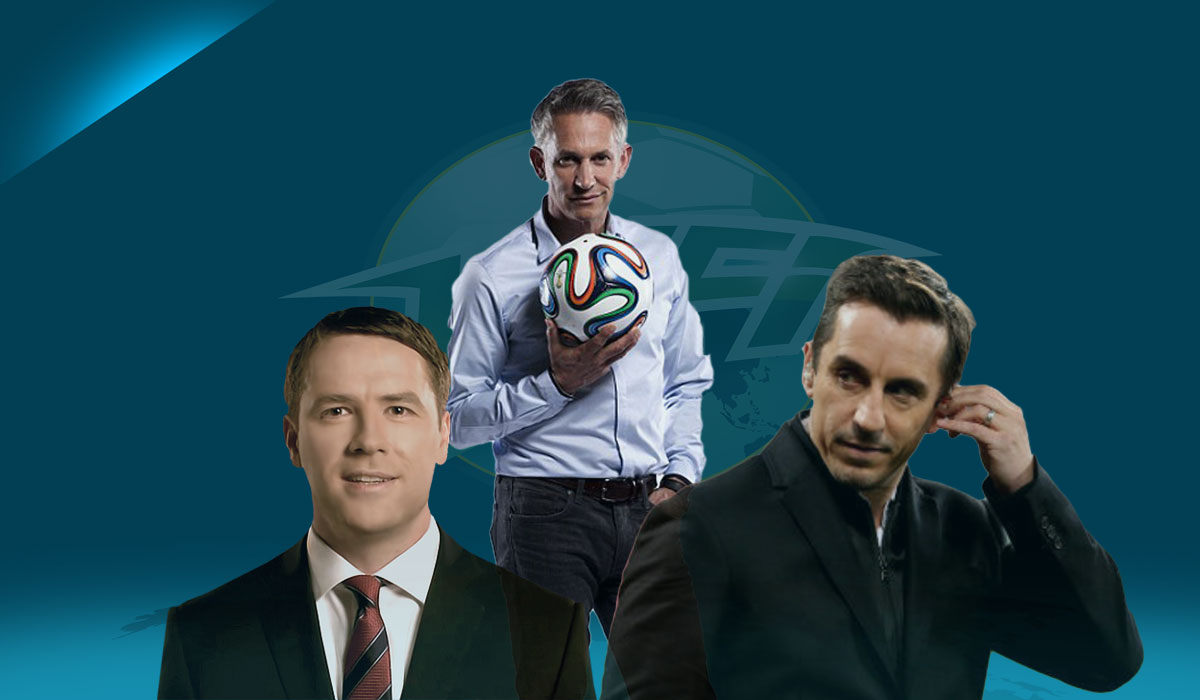 As a rule, I tend not to write in the first person, but as you can see, I’ve already broken it. I do so to provide a disclaimer: I’m not going to have a go at anyone for having a boring voice, a broad accent, or a propensity for umms and erms — that would be somewhat hypocritical, as anyone who’s heard one of my podcasts can attest. However, I think there’s a bare minimum that people fortunate enough to talk about football should strive for, especially if they’re being paid a small fortune to do so. Is that too much to ask? writes Grant Jendo.

“Well it was good to see him, Tosin [Adarabioyo] at the back, and obviously [Brahim] Díaz came on as well – he’s a good player, as well – later on in the game, but obviously he’s a young English lad, played a bit in pre-season, and has made some fleeting appearances, but it’s nice… the pressure’s probably off.”

That was what Michael Owen had to say post-match about seventeen-year-old Phil Foden’s Champions League debut for Manchester City away against Shakhtar Donetsk, in which the youngster played in an unfamiliar position on his first competitive start for the club.

Now, perhaps Owen drew the short straw here, going first. He sounded unsure of himself, despite his training, as he stumbled through a few hollow observations before Gary Lineker interjected to comment on the fact that left wingback is far from Foden’s natural role.

“That’s a lovely weighted pass, that one,” Frank Lampard quickly said in relation to the footage, “which shows a bit of the quality he’s got. And he’ll come away from tonight, even though it’s a loss — he’ll realise what that top level’s about now, and he’s got plenty of time to get there himself.”

“Young players, they thrive off being given confidence, and their manager showing confidence, and putting them in, especially in games away from home,” Rio Ferdinand added with authority. “Them type of atmospheres… that’s going to be great for him going forward, experiencing that — what it’s like playing in Europe away from home. Young, talented player. Huge, huge future.”

“He’ll realise what that top level is about now.”

Lampard and @rioferdy5 discuss Phil Foden – the youngest Englishman to play in the Champions League… pic.twitter.com/uEx5mleeLf

The comments from Lampard and Ferdinand are exactly why ex-players are good to have in the studio: there is no one better placed to talk about what experiences mean to players than those that have had similar experiences themselves, nor can an analyst, fan or journalist truly know what it’s like to be in a losing dressing room at half-time with the fans on their backs and their futures on the line. But do you really need three of them in the same room, especially when one of them has a history of struggling to make an incisive point?

The brief conversation about Foden is the latest in the litany of Owen being obvious at best. Perhaps he would have done better if someone else took the role of leading the conversation, or indeed if Lineker, in his capacity as host, had given Owen more context in which to work:

How did you rate his performance on the night? What are Foden’s strengths and weaknesses? He was playing in an unfamiliar position; how did he cope? What does that tell you about the kid’s adaptability and mentality? What does he need to improve? Do you see a chance for him to receive more first-team minutes at the Etihad?

There are obviously time constraints to consider, but any one or two of the above questions might have helped Owen get off to a stronger start. Even then, he might have been as clueless as he came across, but at least then we would know for sure.

Like variants of anything, some ex-players are better than others when it comes to talking about the game, with assorted levels of depth and media savvy — Danny Higginbotham, while less illustrious in his playing days than those in the studio on Wednesday night, has proven himself to be a competent analyst, capable of disseminating information in a digestible way. Similarly, Gary Neville and Jamie Carragher have become synonymous with a more long-form approach on their own specialist Monday night show.

While a different type of analysis than what is generally asked for in the aftermath of a game on BT Sport, the above shows the audience exists for something beyond he’s got to score there in the opinion stakes — such information is not limited to a select group of (saintly) nerds on Twitter, nor does it require a UEFA Pro License to understand.

In his playing days, Michael Owen was nothing without service, and he could do with the same calibre of assistance if he’s to take some of the stink of his reputation as being one of the game’s most uninspired pundits.

Why, then, are all the TV-friendly journalists shunted onto BT Sport’s Goals Show on Champions League nights? Surely having one in the studio alongside one or two ex-players would provide a diversity of perspectives currently lacking from mainstream coverage, and they could do some of the heavy lifting when it comes to the concise articulation of thoughts — after all, what credible journalists lack in footballing skill, they have to make up for in their ability to form a cogent sentence or two.

Why not go a step beyond that? Why was it left to Indian TV to take the brave step of using a young analyst on their own coverage, whose credentials were limited to ‘knowledge’ and ‘expertise’ as opposed to international caps and a recognisable face?

Shows like Soccer Saturday and various radio phone-ins are their own beast, and while they shouldn’t necessarily be exempt from criticism, it’s clear that they’re built on a reactionary platform that’s designed to propagate its own existence — they succeed because of the likes of ‘Thommo’ and ‘Merse’, not in spite of them.

Live match coverage is different, though; while it’s easy to single out someone like Owen for criticism, perhaps more attention should be given to the unseen producers behind the scenes that are responsible for the type of content that goes out in the first place — after all, it’s them that decide who goes on where and when, and they seemingly have the God-given right to decide what you, the viewer, should expect from their chosen talking heads.

In an ever-more digitised world, as monthly fees go up and demand for subscription services goes down, the likes of Sky and BT might look to reroute some of their money towards hiring some left-field faces to give the old guard the help they need to stop making such a tit of themselves.

Of course, the reason we know they’ve made a tit of themselves is because we all talk about how such-and-such has made a tit of themselves — even if not we’re not paid subscribers, we retweet the clips, point our fingers, and say “Hey, that’s the bad guy”, all while their official social media accounts garner millions of clicks and impressions every single day of the week.

Perhaps they’re ahead of the game after all.