Bosz out. Stöger in! – Bundesliga Zeitung 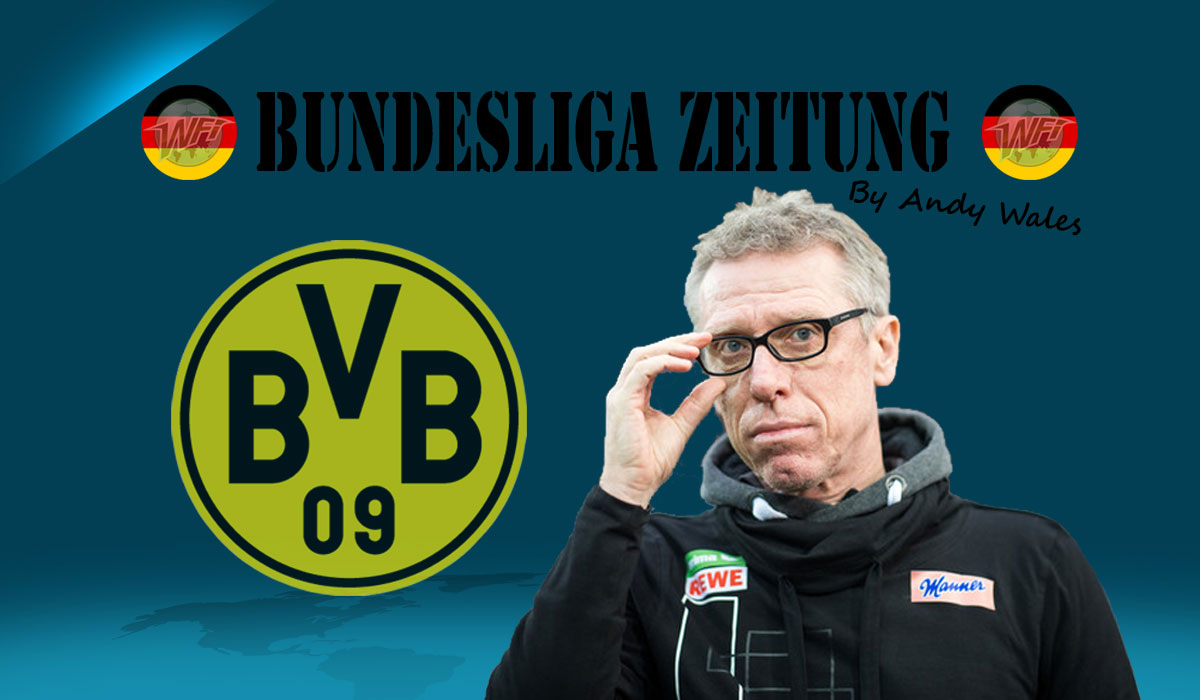 The fact that second-from-bottom Bremen going to the Signal Iduna Park and beating the mighty Borussia Dortmund was not surprising is what makes the departure of Bosz equally unexpected.

As I mentioned in this column last week, the issues at Dortmund surely run deeper than a failing coach; after continuously losing top talents – Robert Lewandowski, Mats Hummels, Ilkay Gündogan, Henrikh Mkhitaryan and Ousmane Dembele – life will inevitably be challenging. Recruitment is not a Bosz issue, and whilst Dortmund still have plenty of talent amongst their ranks, their defensive issues have long been there for all to see.

That said, Dortmund have become habitual losers over the past couple of months. Their loss of form was so dramatic that it quickly became cataclysmic, and when some of the midfielders and attackers at their disposal look as uncoordinated as they have been throughout this spell, it’s clear that all is not well.

The run of no wins in eight Bundesliga matches that includes five defeats – as well as an embarrassing return of just two points in their short-lived Champions League campaign – is simply not even close to being good enough for a club of the standing and ambition of Borussia Dortmund.

It wasn’t too long after that humbling loss at home to Bremen – a performance that Marcel Schmelzer candidly described as “shit” – that rumours began to filter out that Bosz had fallen on his sword.

For all the Dutchman’s shortcomings as Dortmund coach, the squad still needs defensive reinforcements and a new goalkeeper if they are to maintain a title challenge. As meetings took place late into the night at the Westfalen, the immediate question was obvious: who succeeds the former Ajax coach? It’s a decision the club have to get right, coming so soon after the departure of Thomas Tuchel.

Lucien Favre was the name being banded around, but to the surprise of everyone, it was a case of one Peter out and another Peter in, as Dortmund unveiled Peter Stöger as their new head coach. Whilst there was a sense of inevitability about Stöger’s departure from Köln, as there certainly was about the dismissal of Bosz, the same could not be said about the possibility of Stöger’s now-confirmed job.

On the face of it, Dortmund firing a coach for a dreadful run of form and results and then replacing him with a guy who was sacked just a week ago by the club rock bottom of the Bundesliga is an odd choice. However, as Köln fans will testify, Stöger transformed their team and had them overachieving for the most part of his tenure there. Afforded greater talent and resources, Stöger could turn out to be a genius appointment by Dortmund.

The situation, with Stöger only appointed till the end of the season, is both an opportunity for Stöger to prove himself at a big club and an opportunity for Dortmund to buy enough time to decide whether an alternative appointment in the summer is needed or if Stöger has done well enough to deserve the job in the long run.

It all starts for him on Tuesday night at Mainz before hosting Hoffenheim on Saturday evening. There will be no immediate pressure for a turnaround in form, but a positive result from one or both games could be just the springboard the club need to launch a challenge to get back into the Champions League spots after the winter break.

It could be argued that the title race effectively already being over could help to take a little pressure away from the task at hand for Stöger. With RB Leipzig only managing a draw against Mainz and Bayern chalking up yet another win at Frankfurt, the reigning champions find themselves eight points clear for what is surely an unassailable lead. With Jupp Heynckes’ side hosting struggling Köln on Wednesday before making the short trip to Stuttgart on Saturday, it’s hard to envisage them having any kind of slip-up before the winter pause.

Why Bayern Munich are on course for the Bundesliga title | @bahardy45

They do seem to have survived those early season hiccupshttps://t.co/CGieT0S7qa pic.twitter.com/dC0Io2AthS

The lack of any serious title challenge is a recurring issue for the Bundesliga, both domestically in terms of healthy competition and overseas when it comes to attracting viewers, but what goes on immediately behind Bayern will be the intriguing story for the remainder of the season.

Dortmund’s disastrous run has seen them drop from first to eighth, but they are only five points adrift of second placed Leipzig. With Schalke just behind them and the resurgent Mönchengladbach and Bayer Leverkusen on their tails, the battle for the European spots should make for plenty of entertainment.

A temporary solution has worked wonders for Bayern; could it now do the same for Dortmund?