With a Europa League Lineup Like This, Who Needs the Champions League? 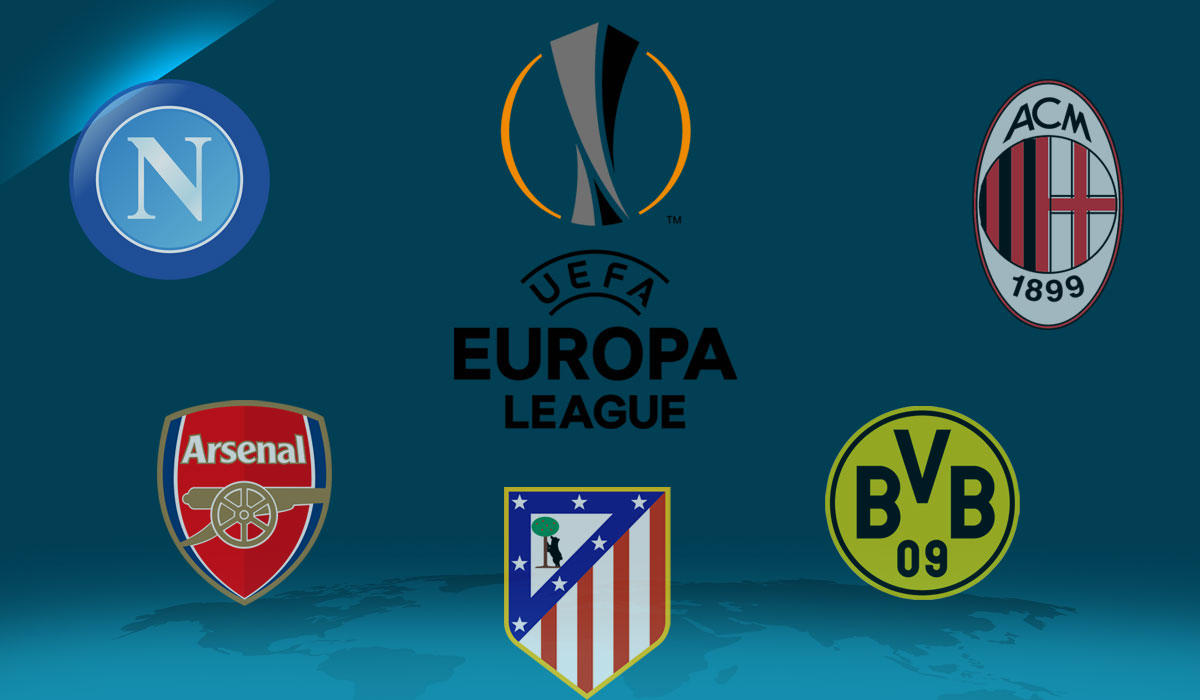 We all know the allure of the Champions League. The best of the best play in that competition, and are pitted against one another in the latter stages of the tournament. But what if I told you that, going into the knockout rounds, Europe’s elite cash cow wouldn’t even be the toughest tournament on the continent? writes Richard Kharman.

I am dead serious.

Clearly, the Champions League is prestigious, boasting domestic league title holders and previous continental trophy winners, as well as the other big-name clubs hoping to get their first taste of the silverware.

Thanks to an increasing equality in this season’s campaign, several of the ‘big dogs’ were surprised by upstarts, such as Shakhtar Donetsk, Besiktas, AS Roma, and Tottenham Hotspur. While you may stop me there and say, ‘Hey, wait a minute — those teams are no slouches!’, you’d be right. However, considering the competition in their groups, neither side was expected to progress, much less finish top ahead of the likes of Real and Atletico Madrid.

Nothing is wrong with these outsiders increasing in quality; if anything, I’d say that it’s helped the tournament as a whole. Last season’s edition was filled with complaints of uncompetitive blowouts, much to the disinterest of the neutral fan at home.

Meanwhile, in the continent’s ‘other tournament’, many assume that the clubs competing in the Europa League are drawn from an inherently weaker pool. Clubs like Villarreal, Hoffenheim, Atalanta, Athletic Bilbao, Braga, Nice, and Lazio are often the hipsters’ choice, but Joe Average down the street may not care too much about them.

What Joe does care about, however, is big names with rich, European pedigrees, and a brand familiarity more appealing to his senses. Two of them were present in the Europa League from the get-go — AC Milan and Arsenal.

Instantly, Milanisti and Gunners enthusiasts the world over started salivating at the opportunity to lift some prestigious silverware and gain an automatic spot in the following season’s Champions League. After all, both aren’t exactly fancied to win their domestic leagues, and they are far from guaranteed a place in their respective top fours. While nothing is a given in this sport, bookies were already giving odds on the pair of them meeting in the final.

That was until the group stage of the Champions League came to its conclusion, and some big names were eliminated from the tournament. Atletico Madrid, Napoli, Borussia Dortmund, RB Leipzig, Celtic, Sporting Lisbon, CSKA  Moscow and Spartak Moscow all finished third in their groups, meaning they’ll take part in the Europa League’s round of 32.

Teams who will now play in Europa League:

Atletico Madrid boast a fine, defensive team under the tutelage of Diego Simeone, who is arguably one of the best managers in the world. His Atleti team made it to two Champions League finals in three seasons. And how about Napoli? They play some of the most beautiful football in the world. Fast and attacking, this team knows how to put the ball in the net and keep the ball from their opponents in the process.

Borussia Dortmund also play a fast paced, attacking game, and they notoriously go deep in the Champions League, evidenced by them being beaten finalists in 2013. Their poor run of form can’t go on forever, so don’t count against them being a threat again come February.

RB Leipzig are the new boys in town — this young team impressed in their first season in the Bundesliga, finishing as runners up, and have shown again this season that they are a counterattacking force to be reckoned with.

Celtic tend to be remarkably stout at home, and they have given the likes of Barcelona all they can handle in recent years. However, they are probably the least impressive side that’s dropped down in the context of this season, given some of the hammerings they received at the hands of Bayern Munich and Paris Saint-Germain. Oh, by the way, Celtic have not lost a match in Scotland for one-and-a-half seasons – 67 games, if you are counting – winning four consecutive domestic honours in the process.

Both Sporting Lisbon and CSKA Moscow perennially make their Champions League groups harder for the big boys — CSKA gave Manchester United, Basel and Benfica a heck of a time in the group stages, and Sporting are no slouches themselves, giving Barcelona and Juventus tougher home and away matches than anyone had reasonably expected.

Lastly, Spartak Moscow are the reigning Russian Premier League champions and are managed by one of the brightest coaching prospects out of Italy in Massimo Carrera. To quote my co-host on Serie A Sitdown, Frank Crivello, “Carrera just knows how to win.” While they were trounced 7-0 in their last match against Liverpool, that was only their second defeat stretching back twenty games.

The Calcio Consultant, @FTC_21, asks: Who should be the next Italy manager?https://t.co/Lq5hyppjiN

Italy are celebrating the most, as they are the only major footballing country to have all of their continental representatives from the start of the season still in the race in either competition. Juventus and Roma have progressed in Champions League, while Napoli, Milan, Lazio and Atalanta will fly the flag in the Europa. England also have six teams remaining, but Everton will be watching from home after their own dismal campaign came to an end.

I know some English Premier League fans will revel in the fact that they have five representatives in the knockout rounds of the Champions League, and they’ll say something to the effective of ‘the heck with Europa League!’ — however, if you want to watch the truest test of a club’s mettle, then Europe’s so-called second competition is where it’s at. With so many quality teams involved in the final 32, it will be the definition of ‘must-see-TV’, to the extent that even Joe Average will tune in on a Thursday.

Whether Milan or Arsenal fans are as happy as Joe is another question entirely.

Europa League Round of 32 Draw