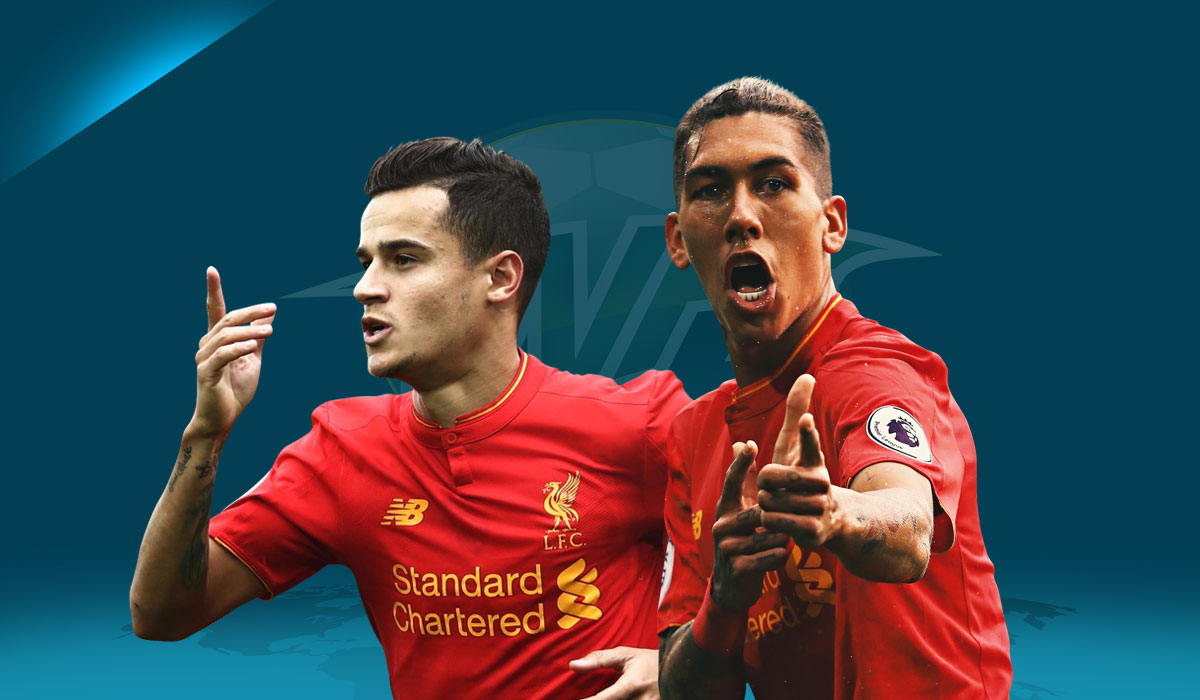 Look on the bright side, Brighton fans: despite losing 5-1, you were treated to some Brazilian magic at the Amex. The Seagulls were dazzled by a Liverpool attack inspired by Roberto Firmino and Philippe Coutinho. Although Liverpool’s flair going forward has relied heavily on a certain Egyptian, it was the two Brazilians that stole the show this time, writes Maryam Naz.

Firmino has been accused in the past of lacking the ruthlessness of an out-and-out goalscorer, but such performances – both from the number 9 and the team as a whole – suggest that Liverpool do not need a ‘striker’ in the traditional sense of the word.

In Saturday’s 3pm fixture, the goals came thick and fast after the half-hour mark when Emre Can scored the opener, nodding in a header from Coutinho’s set-piece, followed quickly by Firmino after a ruthless wave of red raced towards the Seagulls’ penalty box, led by Mohamed Salah. Within the space of 78 seconds, Liverpool had dismembered Brighton’s defence twice, with both Brazilians playing a pivotal role in either scoring or taking part in the build-up.

Firmino then doubled his tally in the second half, slotting the ball into the back of the net as the result of another splendid Salah run. Despite these goals, as is the case in any Liverpool game, some hiccups were to be expected at the back.

Brighton got a goal back via a Glenn Murray penalty to make it 1-3, piling the pressure onto the Reds, yet Klopp’s men did not sway; when they needed some magic, it came from Coutinho, who showed the Brighton faithful exactly why he had been wanted so badly by his Catalan friends at Barcelona by running rings around their defenders.

It took a foul to bring him down, despite being surrounded by three players, and he made sure of the three points by aiming a cheeky free-kick under a towering wall of Brighton defenders, leaving the keeper wrong-footed.

Moments later, Coutinho was in the thick of things again, his shot deflecting off Lewis Dunk and into the back of the net. The two Brazilians, aided superbly by Salah, succeeded in delivering exactly the type of ‘heavy metal’ football Jurgen Klopp has been looking for.

Firmino’s maturation as a player has been more impressive than Coutinho’s — the latter has dazzled from the moment he arrived at Anfield, and while his role as a number 8 has come with some added defensive responsibilities in comparison with where he played last season, he is still capable of shedding such constraints and mesmerising opponents, fans and teammates alike with his play.

On the other hand, Firmino’s outright improvement has been more pronounced, and he has had the bigger impact on the team as a whole. His performance on Saturday – one that Brighton boss Chris Hughton admitted was a ‘harsh lesson’ for his team – saw him move all over the field in his running, pressing and general attacking play. He now possesses the strength and robustness of an out-and-out striker, whilst having the skill and intelligence to fit snugly in a false nine role.

Whilst it is unfortunate that Brighton were the whipping boys on this occasion, their loss provided the clearest insight yet into the different dynamics of Liverpool’s attack, and how it has developed over time, chiefly via the performances of “Bobby and Phil” — while Salah may be grabbing most of the headlines, it is the inclusion of the samba duo that truly makes this attack tick.