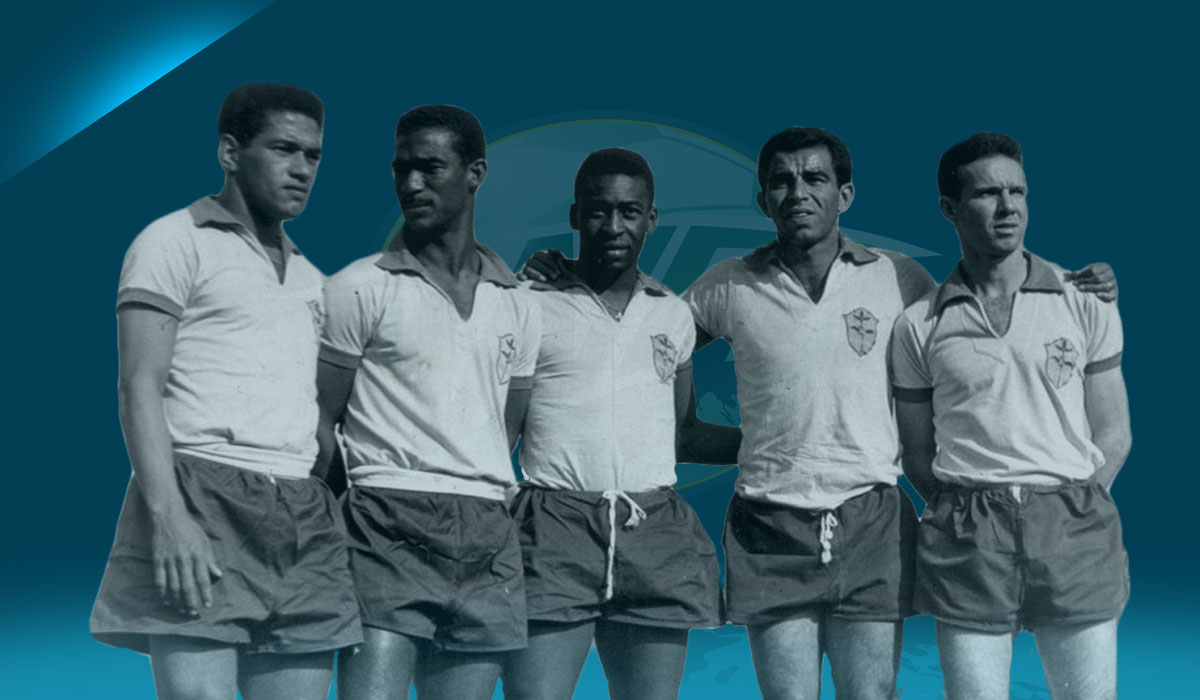 Chile 1962 does not rank among one of the most glamorous World Cups. Brazil’s second win is squeezed in between their exuberant first triumph in Sweden four years earlier, and the ‘swinging London’ triumph of hosts England four years later. But it could have been different, writes Tim Vickery.

One of the ironies of football history is that the World Cup is so linked with the name of Pele, and yet the tournament never really saw the great man at his best. In 1958, he was a mesmerisingly talented 17-year-old — a potential genius whose body had yet to fill out. By 1970, it had probably filled out a little too much. He was magnificent in Mexico – full of audacity, technical brilliance and superb decision taking – but he was no longer the force of nature he had been: the man who dribbled with the ball bouncing between his legs like an obedient puppy.

Chile ‘62 could have been for Pele what Mexico 86 was for Diego Maradona – the moment when a player reaches a level of superhuman brilliance that transcends the sport. It was later that year that Pele produced what he feels was the outstanding performance of his career, running riot in Lisbon as Santos crushed a fine Benfica side to proclaim themselves World Club Champions, and it looked as if the demands of the 1962 World Cup would force him to come up with something equally outstanding.

The goal he scored against Mexico in Brazil’s opening game of the tournament is probably his finest in World Cups. He forced his way through the rival defence with a breathtaking combination of power and skill. But in the next game, against Czechoslovakia, he pulled up injured and played no further part in the competition — Brazil would have to defend their title without him.

This was tough, because Brazil’s ‘62 side was ageing. The old Brazilian love for hierarchy had reasserted itself; the class of 58 were world champions, therefore they would always be world champions. The mentality was present four years later, with disastrous results, when any of the 1958 team who could still stand were taken to the World Cup in England. Pele, at 21, and the slightly older Amarildo, who replaced him, were by some distance the youngest players in the team. Next came centre forward Vava, who was 27, Garrincha, 28, and central midfielder Zito, approaching 30.

In the absence of Pele, Garrincha stepped up. Instead of playing on the right wing, he played from the right wing, taking over responsibility for the entire attack, scoring with his head, with his left foot, and from free kicks. He gave a series of outstanding performances.

But although it was Garrincha’s cup, it was not Garrincha’s final. He was unwell on the day of the decision, and made little impact on the match against Czechoslovakia. There is some justice in this, because his presence on the pitch was a scandal. Garrincha had been sent off in the semi final against Chile, spotted in an off-the-ball incident kneeing an opponent in the backside. He should have suffered an automatic suspension, but, in a demonstration of the fact that bizarre FIFA behaviour predates the Havelange-Blatter era, he was cleared to play.

In the event, though, it was three of Brazil’s unsung heroes who came to the fore. One was Mauro. Four years earlier, he had been reserve to Bellini both as centre back and team captain, and on the eve of the tournament, it looked as if he might be reserve once more. Mauro, though, made his case forcefully to coach Aymore Moreira, and won a promotion that he clearly deserved. Bellini was a towering presence, at his best against an opposing aerial threat, but Mauro had much more all-round quality.

Another was Mario Zagallo on the left wing. Coach Moreira specifically ordered him to stay up field; Zagallo did not think twice. He disobeyed the command, and in addition to his penetrative play down the flank, he funnelled back to help out with the midfield marking. Without his energy, Brazil would probably not have won the trophy. Behind him, left back Nilton Santos was 37, past his best and in need of some assistance. Zagallo pointed the way towards football’s more dynamic future – in the victorious England side of 1966, it is impossible to see the double-function of Alan Ball and Martin Peters as anything other than a tribute to the example laid down by Zagallo.

Finally, there was Zito. He was the hard man, the midfield enforcer. But there was another side to his game, which he showed in scoring the goal that essentially won the cup. The score in the final was tied at 1-1 just over half way through the second half, when he started a move on the edge of his own penalty area, and finished it with a close-range header from Amarildo’s cross. Perhaps it was not unfitting that Zito passed away during the 2015 edition of the Copa America, while Brazil were once more in action in a tournament in Chile. This time, of course, they did not come home with the trophy – and one of the things they were lacking was the type of dynamic, box-to-box central midfield play that Zito exemplified in the 1962 World Cup.

Tim is the BBC's South American football correspondent, and appears on their weekly World Football Phone In show.