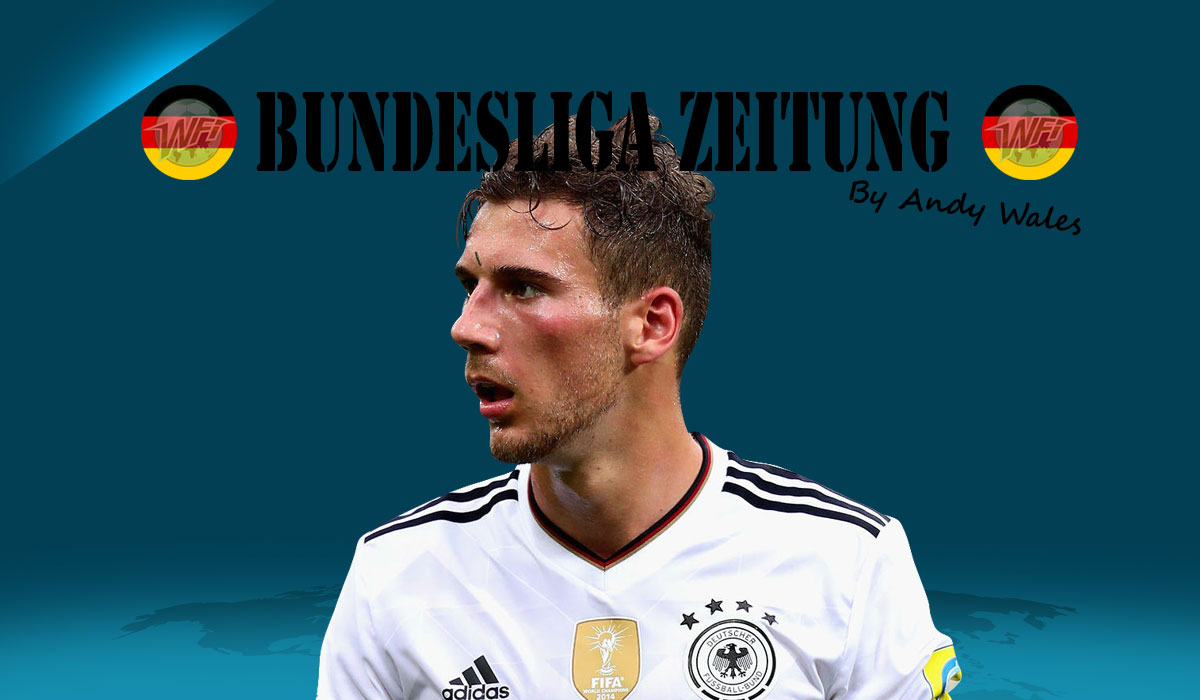 Once more this week, the bigger stories and main focuses of the Bundesliga were not about what is happening on the pitch.

It was again the transfer window that dominated attention, with one long-rumoured deal confirmed quite amicably and another in its unpleasant infancy, writes Andy Wales.

“Neither money nor titles are more valuable than our club. Whoever doesn’t appreciate that can p— off.”

When I say amicable, the confirmation that Schalke’s Leon Goretzka will join Bayern this summer finally came in an amicable enough fashion between the two clubs. The Schalke fans did not feel the same, however, as they displayed a banner ahead of their match against Hannover to make their feelings known.

As for the deal itself, it’s one that had been rumoured for a long time, and despite interest from abroad, Bayern finally got their man. I’ve long been a fan of Leon Goretzka; he has the talent and attributes to be special. To get such a fine player, with such huge promise, on a free transfer is incredible business, especially when you consider that he only turns 23 in February.

For Goretzka, he can be accused of playing it safe by remaining in the Bundesliga, but in truth, moving to Bayern and all the pressure and attention it brings within Germany means it will be a massive test for him. The step up to Bayern for German talents does not come with guarantees; plenty have failed to live up to the expectation and spotlight it brings.

For what it’s worth, I believe Goretzka has everything required to make the move a success, and the boy from Bochum should continue his rise to the very top.

The other big transfer story surrounds Pierre-Emerick Aubameyang. The Dortmund striker was again suspended by the club for disciplinary matters, which the second such occurrence this season, and the third in just over a year.

He didn’t travel for their away trip to Berlin and was pictured in a club shirt, bearing the name of former team mate Ousmane Dembele, as he opted to play 5-a-side whilst his clubmates could only manage a 1-1 draw with Hertha.

All of this was happening amongst rumours of a move to Arsenal, with the Premier League club reported to be ready to pay somewhere in the region of €70m. Dortmund’s sporting director, Michael Zorc, has publicly voiced his dismay at the behaviour of Aubameyang, and the club were also annoyed at Arsenal manager Arsene Wenger for publicly speaking about the player.

In fairness, Wenger said very little in response to questions asked, but such a reaction from Zorc perhaps illustrates Dortmund’s frustration with the player and the situation as a whole.

For Dortmund, what must be clear is that the successful Klopp era (as well as the team that he built) are now a distant memory. What they need is no longer about finding suitable replacements for key players lost, but a complete re-think about strategy if they are to again be successful.

As difficult that may be with a powerful giant such as Bayern in the way, it is not impossible, but it remains extremely unlikely if they continue in their current direction.

Whatever happens with Aubameyang this month, it seems clear his future lies away from the Signal Iduna Park, and the club must reinvest whatever they receive wisely – along with the remaining Dembele money – to rebuild a new side if they wish to challenge next season and beyond.

Another piece of news this weekend was the inevitable dismissal of Markus Gisdol as head coach at Hamburger SV. The announcement came less than 24 hours after the 2-0 home defeat to bottom club Köln. Sitting second from bottom, the Dinos are yet again in trouble, leading them to yet again relieving a coach of his duties. It’s a recurring theme in recent years, and it’s sad to see a former giant almost permanently in the depths of desperation.

I likened it to Hamburg going through girlfriend after girlfriend, when what they really need is to find the right partner and settle down. It’s a situation that goes beyond the succession of coaches and even the players. A clear strategic way forward and clear identity has to be established that must start at the very top of the club if they are to halt their slide towards an inevitable relegation.

Whilst there is a four point gap between Mainz in 16th position and Bremen in the relegation play off spot, it is much tighter in the battle for the Champions League spots behind Bayern. Leverkusen are the current holders of second place, with Leipzig and Mönchengladbach on the same points. Just a single point behind them is Dortmund, Schalke and Frankfurt.

An incredible six teams separated by just one point. Critics of the Bundesliga point out that the title race lacks competition, and whilst that is sadly the case this year, it’s very competitive behind Bayern. Let’s hope the intriguing battles on the pitch can once again be the main focus, rather than the drama off it.