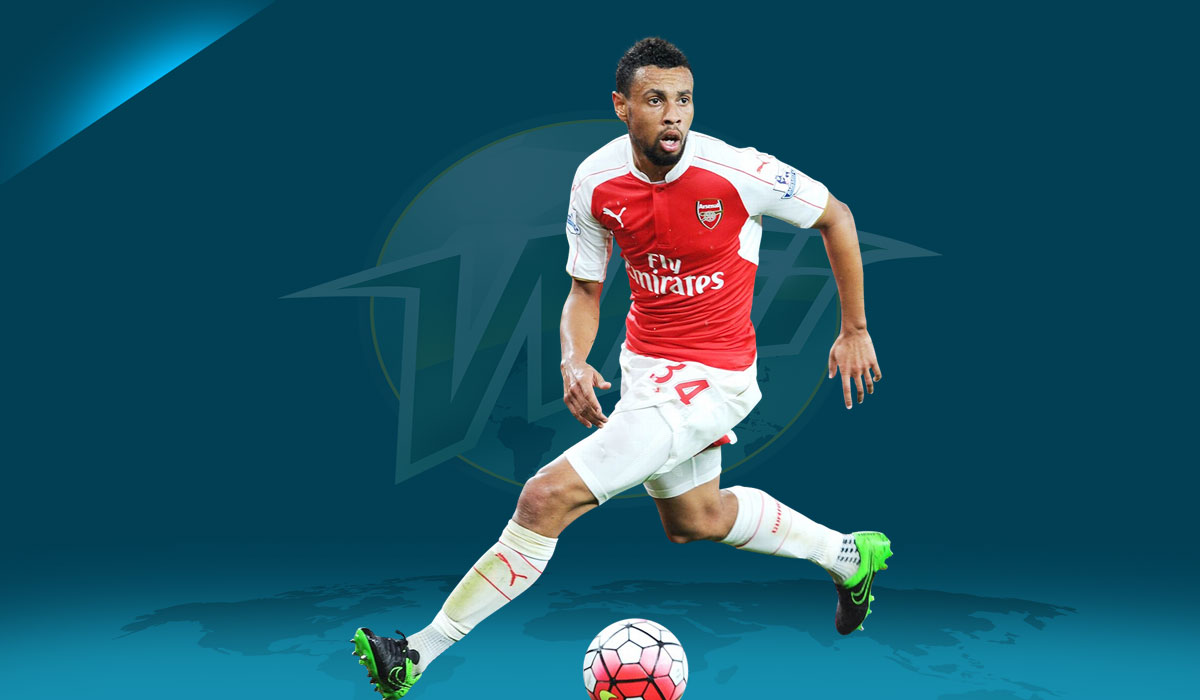 Two seasons ago, Francis Coquelin become another successful story in the book of top clubs in the Premier League taking advantage of the loan system to nurture and develop potential stars at lower league teams, writes Richard Gyasi.

Arsenal, in this regard, when compared to their rivals, Manchester City, Manchester United and Chelsea, should receive huge credit for showing commitment to giving opportunities to some of their borrowed players to come back and to make a case to be part of the first team.

Jack Wilshere, Alex Song and Calum Chambers are a few examples of their resolve. Others may opine that Arsenal’s frugality over the years in the transfer window has forced them to fall back on these developing players.

But let’s stay close to one person in this subject: Francis Coquelin. After returning from a loan spell at Charlton for the second half of the 2014/15 season, the Frenchman established himself in Arsene Wenger’s team and became un-droppable in midfield.

His combative nature and ability to break down the opposition’s attack – with an array of tackles, interceptions and blocks – shielded Arsenal’s fragile defense from persecutors. His consistency on the field earned him praise from fans, pundits and club legends such as Thierry Henry and Ian Wright.

Nicknamed ‘Columbo’ by Henry, Coquelin was also labelled ‘The Policeman’ due to his authoritative presence in midfield. The French midfielder flourished alongside Santi Cazorla, Aaron Ramsey and Granit Xhaka, earning him a contract extension to 2021, a move that showed how important the club considered him to the future course of the team. But after two seasons of such raving remarks, Coquelin’s rating has dropped in the eyes of his manager.

There is actually a common thread in the tale of Coquelin and Alex Song. Both came back after a loan move to Charlton, but while the latter left for Barcelona after developing into one of the best defensive midfielders in the Premier League, the former recently left for Valencia after a considerable drop in value owing to an inauspicious start to the 2017/18 season. Both Jack Wilshere and Ramsey had leapfrogged Coquelin in the pecking order, not least because of their superior use of the ball.

From 22 appearances for Arsenal last season, the 26-year-old Coquelin played only seven times for the Gunners in the league this season, starting one and making six substitute appearances. He endured 155 minutes of football compared to the 1786 minutes he enjoyed in the last.

The performances of players such as Chelsea’s N’Golo Kante and Idrissa Gana Gueye of Everton had dwarfed Coquelin’s stature in the defensive midfield role in the Premier League. One game that photographed his drop in form is Arsenal’s 3-1 lost to Chelsea at Stamford Bridge last season, when he was easily shrugged off by Eden Hazard in the lead up to that sublime solo goal.

But a glimmer of hope has emerged for Coquelin after making a €12m move to Valencia, a move he said should have happened during the summer. His concession seems to suggest he knew he had lost his influence in the team. Signing for Valencia could actually be a step up in many respects for Coquelin, when you consider Arsenal’s current position in not just the league, but also their standing in the eyes of many connoisseurs of the game.

Valencia are third in La Liga, three points behind second placed Atletico Madrid and five points above defending champions Real Madrid. In other words, Valencia are within reach of qualification for Champions League next season. Given the fact that the club is undergoing a massive rebuilding process, it would be right for one to surmise that Valencia will further bolster their squad in the summer after cementing qualification for Europe’s premier club competition.

Arsenal, on the other hand, are at risk of ending the season in sixth position, as they have struggled to improve upon their performances last season. Both Manchester United and Liverpool have made significant progress into second and third position, while Chelsea and Tottenham, despite the occasional bumps in their run, have showed enough grit and quality to ride roughshod over teams in the lower echelons of the table.

The impending departures of Alexis Sanchez and Mesut Ozil and the likelihood that they won’t win the Europa League may affect Arsenal’s ability to attract marquee players during the summer transfer window.

Arsenal fans are likely to watch Coquelin play an important role for Valencia in La Liga and the Champions League next season. Under the tutelage of Marcelino Garcia, Coquelin will surely improve, and the thought of competing against Barcelona, Atletico Madrid and Real Madrid should be a welcome delight to him. And, once again, the opportunity beckons for him to stake an outside claim for a spot in the French national team’s squad for this year’s World Cup.