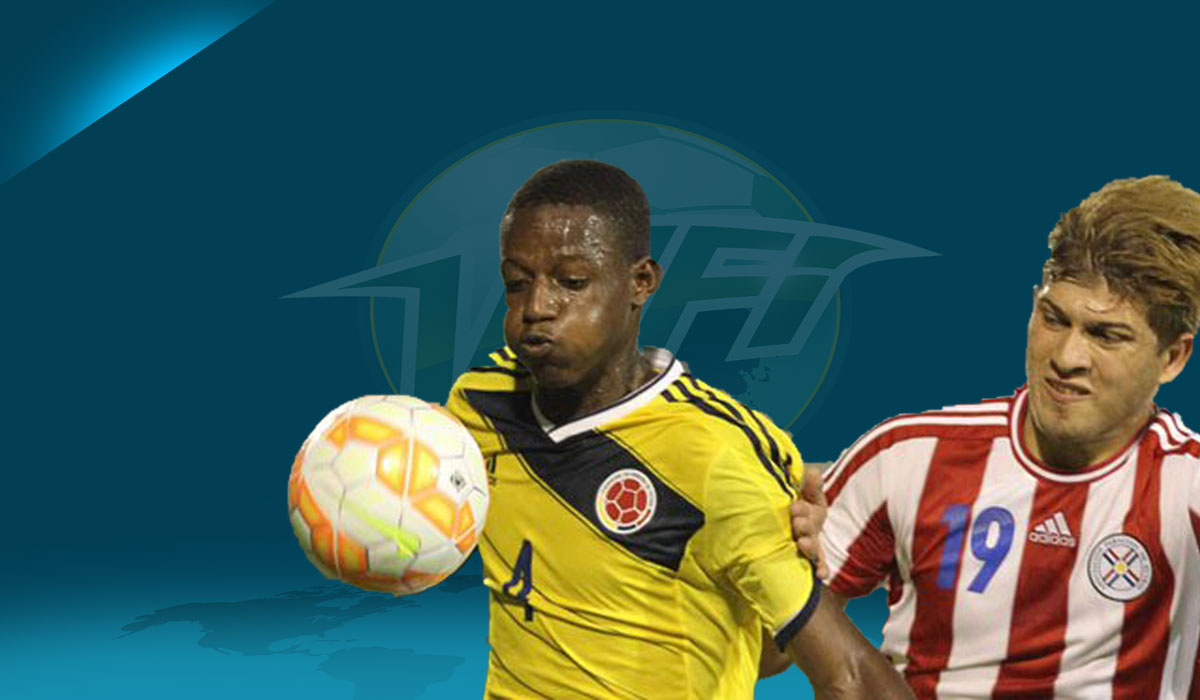 At the age of 16, the pacy fullback had moved to Liverpool on trial during their 2016 tour of Germany, alongside Ecuadorian central defender Mauricio ‘Josue’ Quiñónez, who is currently playing for Independiente del Valle’s U18 team.

Arroyo impressed, and Liverpool have been tracking his progress in Colombia, where he plays regularly for second-tier side Fortaleza.

In December 2017, he moved on trial to Mallorca, where he continued to impress, and Liverpool plan to loan their new signing back to the Spanish club. Mallorca currently play in the Spanish second division, so he will have a good opportunity to gain first team experience.

Moving to Mallorca should also help with his transition into European football, with a more forgiving climate and shared language compared to moving straight to the UK.

At present, the player will not be eligible for a work permit to play for Liverpool in England. However, by playing regularly in Spain, he will eventually qualify for a European visa. This will be granted after two years of regular football, or potentially less if he plays regularly in the top flight and qualifies as part of the exceptional talent exemption.

Who is Anderson Arroyo?

Arroyo was born in Quibdo in the Pacific region of Colombia in 1999. Quibdo is the capital of the Choco state; a region with incredible natural resources, strong African influences, and a rich, vibrant culture.

While the region is blessed in many ways, under-investment, government neglect, corruption and violence have meant it is one of the regions with the highest levels of poverty in the country.

Arroyo began playing for respected local youth side Linaje de Quibdó, a small but successful team that are one of the strongest in the region. He moved to Cali at an early age, where he joined Boca Juniors de Cali. While the club has not been affiliated with a professional league team since the 1950’s, they are one of the best teams in Colombia’s third biggest city.

At Boca Juniors, he performed superbly as both a wide midfielder and an attacking fullback. While he predominantly uses his right foot when dribbling and passing, he is almost equally adept with his left enabling him to be comfortable and effective on either flank.

He was called up to the Colombia under-17 side to play in the 2015 South America U17 Championship, alongside Rayo Vallecano’s excellent Jhon Wilmar Arango, and Edward Bolaños. Despite a good win against Brazil and a respectable draw with Argentina, Colombia were eliminated in the group stage.

Arroyo also played regularly for Colombia under-20s at the 2017 South American Championships, where Colombia progressed from their group, but disappointed in the latter stages.

For the under-17 team he played as a left-back, while for Colombia under-20s he operated more often on the right.

He has featured in the Fortaleza first team since turning 16, playing as both a left-sided and right-sided fullback, while also earning minutes further forward on the right side of midfield.

Arroyo has excellent acceleration and athleticism: he is quick to get forward, but also has the fitness to get back and recover. He has the confidence to beat an opponent with a couple of step-overs, but also looks to link with teammates, playing one-twos and at times playing it simple.

While he stands out for his ability on the ball, he is not afraid of a tough tackle, and he has a good defensive tenacity.

While he played last season in the second division, this is more a reflection of his value and potential than an indication of lack of progress. His representatives are keen to ensure he has stability and playing time, given the longstanding interest from Europe and Liverpool in particular.

The player’s agent, Lucas Jaramillo of Alinea Sports Managers, has confirmed that the Liverpool deal has been agreed and that the Mallorca loan move is the player’s proposed next step.

The December trial at Mallorca is very sensible and shows that Liverpool are taking the player’s development seriously. A loan move can make or break a young talent, with some players moving to clubs where they won’t get minutes or to systems where they are not suited.

Marlos Moreno’s Spanish loan moves have failed badly after Manchester City invested heavily in the Colombian star, while Watford’s Camilo ‘Cucho’ Hernandez has been a huge success at Huesca, with Barcelona already interested in snapping up the teenager.

Mallorca like the player and see he can contribute to the first team, so the move should work out well for all parties.

Liverpool have identified the player early, monitored his progress, brought him over on trial, planned his next loan move and signed him early.

The club have so far shown excellent judgement in regards to the exciting Colombian’s development. If he settles and gets minutes in Spain, he could become an excellent addition to the Liverpool squad, given his pace, maturity, drive, versatility, and technical ability.

You can hear more about the player on the latest edition of Anfield Index Newsround, here.

World Football Index will be conducting an interview with the player this week to discuss his background, style of player, influences and future in Europe.

Loading...
Newer Post
Why Francis Coquelin’s Move To Valencia Is A Step Up From Arsenal
Older Post
Club Esportiu Europa – The First Team to Rival Barcelona