Can Napoli Hold Off Juve? And Other Serie A Storylines – The Calcio Consultant 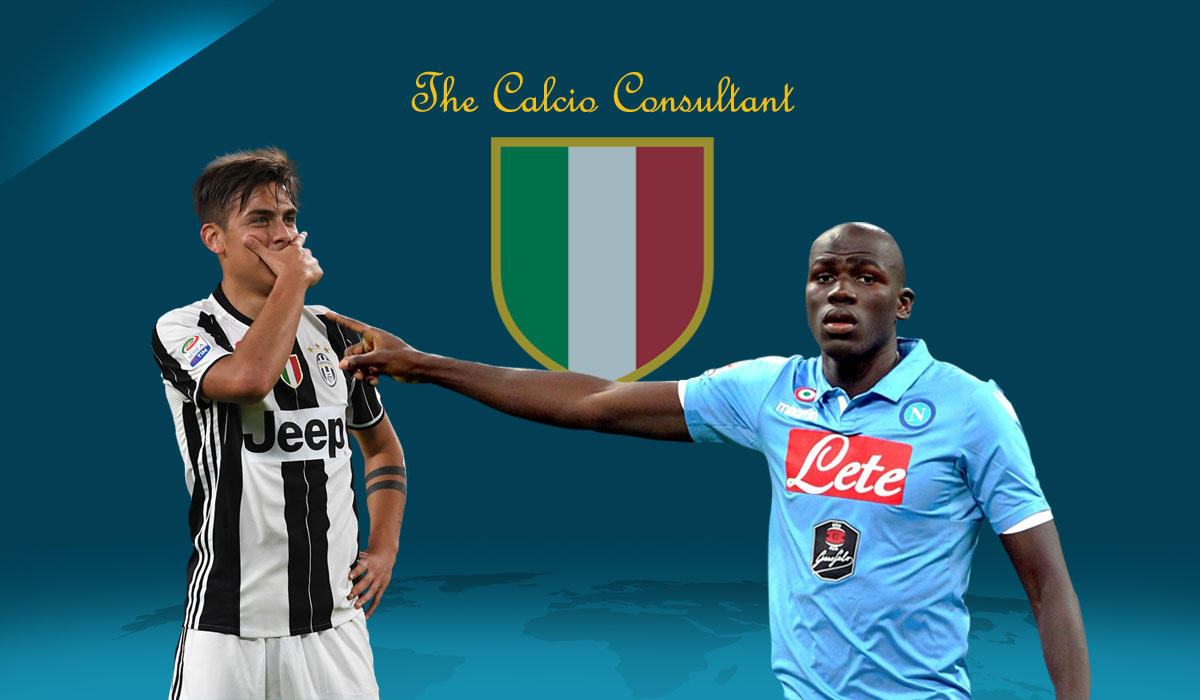 Okay, I’m all rested and refreshed. I did rue Serie A taking a break shortly after the new year, and I have to say, last weekend was weird without the usual dose of calcio, but in hindsight, the break came at the perfect time.

We’re twenty match weeks in, and plenty of storylines are unfolding, which means an eventful second half of the Serie A season is in store for us.

Here are some of the stories The Calcio Consultant has his eye on, with predicted outcomes for each.

Can Napoli sustain this current run and hold off Juventus?

We expected that the Scudetto race would be down to two teams, Napoli and Juventus. Now that the likes of Inter, Roma and Lazio have had their struggles, we can focus on the main two protagonists for the title.

Napoli have been superb in league play, and we know what we get with them going forward. What really flies under the radar with them is that they have the best defensive record in Serie A: just 13 goals conceded through 20 matches, which is one better than Roma and two better than Juve and Inter.

Napoli haven’t suddenly become defensive stalwarts, though — they have an on-the-brink-of-world-class center back in Kalidou Koulibaly, but more than that, their attacking style has left opponents more than happy to cede possession to them, and it’s hard to score when you don’t have the ball.

Hellas Verona in particular showed no interest in matching Napoli’s style in their most recent game. Vulnerability still exists in defending set pieces, which can be a concern in some of those tighter games.

In attack, they haven’t been as dependent on Dries Mertens to hit the back of the net as they were a season ago; the goals have been more spread out. This makes the Partenopei more a dangerous proposition than ever to deal with.

So will they hold off Juventus? I picked Juventus for the title at the beginning of the season and I am going to stick with my pick. Napoli are squarely focused on the Scudetto now that they’re out of the Coppa Italia, and they also failed to get out of the group stage of the Champions League.

This suggests that we’re in for a race until the end, and their relative lack of squad depth won’t hurt them, as their fixture list won’t be as congested as Juve’s. However, a few things come to mind as to why I’m sticking with the Old Lady for the title.

First, Juve’s defending is better. Much better. Most of their goals conceded came earlier in the season. Second, Max Allegri has figured out the best way of rotating of his players. In doing so, he has found a line-up that can win without Paulo Dybala, who he won’t have available for a few weeks. Finally, I just don’t like messing with streaks. The experience of handling multiple competitions will serve Juventus well, and they will just pip Napoli to the title.

Can Sampdoria regroup and hold on to finish top 6?

The blucherati were everyone’s surprise package for much of the first half of the season. There were many departures in the summer, but they bought shrewdly, forging a side that made their home ground a fortress in the process.

Samp had a 100% home record in Serie A through the month of November, capped by an impressive 3-2 win over Juventus. Many players were contributing to the cause: Lucas Torreira was getting everyone’s attention with his midfield play, while the goals were coming from the likes of Fabio Quagliarella and Duvan Zapata.

However, since that famous win over the Old Lady, you could easily make the argument that Samp have peaked. A 2-0 win over SPAL was the only highlight in an otherwise forgettable seven game run, with a 3-2 defeat at Benevento their most recent failure, not to mention their lowest point.

What was once looking like a team that could sneak into the top 4 (to everyone’s surprise) now appears to have been found out. The break couldn’t have come at a better time for them.

So can Sampdoria regroup? I think Samp are still a top half side, but while they sit 6th at the moment, finishing there or better just might be beyond them. Atalanta have refocused their energy on Serie A with the Europa League not resuming until February; Udinese seem to be reborn under Massimo Oddo’s leader ship as well.

Additionally, you have Fiorentina, Torino and Milan all capable of making a charge here in the second half of the season — Torino in particular looked impressive in Walter Mazzari’s first match in charge. Compared to the five teams ahead of them, Samp are just too short on talent to challenge any of them. I see anywhere from 7th-9th for Marco Giampaolo’s men by time the final ball has been kicked.

Speaking of Milan, is the worst behind them?

For this question, I’m only going to address the play on the pitch. The financial stuff and the ownership is way over my head, and I don’t want to venture a guess as to how that will play out.

Certainly, the most ardent Milan supporters expected top three with all the players coming in during the summer.

For the most part, the Rossoneri were the talk of the summer transfer window, but the realists (and I consider myself one) anticipated that this would be a bit of a struggle. I would have called you crazy if you said they would be in 11th at this stage of the season, though.

The glaring issue seemed to change from month to month.

First, they couldn’t defend to save their lives, despite bringing in Leonardo Bonucci and having the next best goalkeeper in Gianluigi Donnarumma.

Second, they couldn’t score, and regardless of who managed the team, they continued to place their faith in Nikola Kalinic, despite the fact he proved himself useless match after match after match. Only recently have they turned to Patrick Cutrone and Andre Silva, with the latter rumoured to get the start against Cagliari.

The constant that also turned up in was the disappointing performances turned in by new signings, in particular Lucas Biglia. Milan went from formidable at the beginning of the season to a laughing stock by Christmas.

So is the worst of this behind Milan? This is easy — it can’t get any worse. While the appointment of Gennaro Gattuso as manager was worrying at the beginning, there are signs of life in this Milan team now. Coming to their senses on the striker issue is a good start.

Winning the Derby Della Madonnina in the Coppa Italia could well be the turning point. The draw at Fiorentina will look better and better as the season goes on, and heading into the break with the win over Crotone will have boosted confidence. Hakan Calhanoglu turned in some really good performances in this run, and the defending finally appears to be sorted out.

As bad as Milan have been, they are 2 points off 6th, and are still in the Coppa Italia and the Europa League. Plenty to salvage for a team that struggled so much.

Benevento aren’t going to be Crotone 2.0… are they?

Goals, title race, meh — the real story of the Serie A season in 2016/17 was the miraculous run from Crotone from certain relegation candidates to miraculous last-ditch survival. Benevento reached promotion this season via the promotion playoff, and the make-up of their roster suggested that Serie A was way beyond them.

They didn’t even have a point on the board until goalkeeper Alberto Brignoli headed home the club’s most famous goal to draw with Milan, that – along with Roberto De Zerbi’s management – has triggered a newfound belief. They’d go on to lose to Udinese, SPAL and Genoa, but would prove to be competitive in each game. Then they beat Chievo, and followed that up with a shock win over Sampdoria. Back-to-back wins for a team that, only a month prior, we were wondering if they’d even get a point!

Benevento are still bottom on 7 points, 8 points from safety, so the proposition is still a daunting one, but when you look at 16th through 19th in the current table, none of them make me feel that they are safe, either: Verona have been a massive disappointment, and while Crotone might take comfort from being in this situation before, the question remains — who will score for them? SPAL have been a thorn in many teams sides, and Cagliari are still hard to trust.

So will Benevento do the unthinkable? I picked them for relegation this season, so I will stick with it. However, they are going to make this very interesting. Benevento have been active in the January mercato, adding Sandro, Guilherme, Christian Cannavaro and Filip Djuricic. None of those are names that are going to strike fear into the teams around them, but each of them, it can be argued, are upgrades to the current squad.

De Zerbi has them a lot more competitive in recent weeks, too. I won’t be disappointed if they survive, but again, they will help to make this a compelling second half of the season. And wouldn’t it be ironic if they survived at the expense of Crotone?