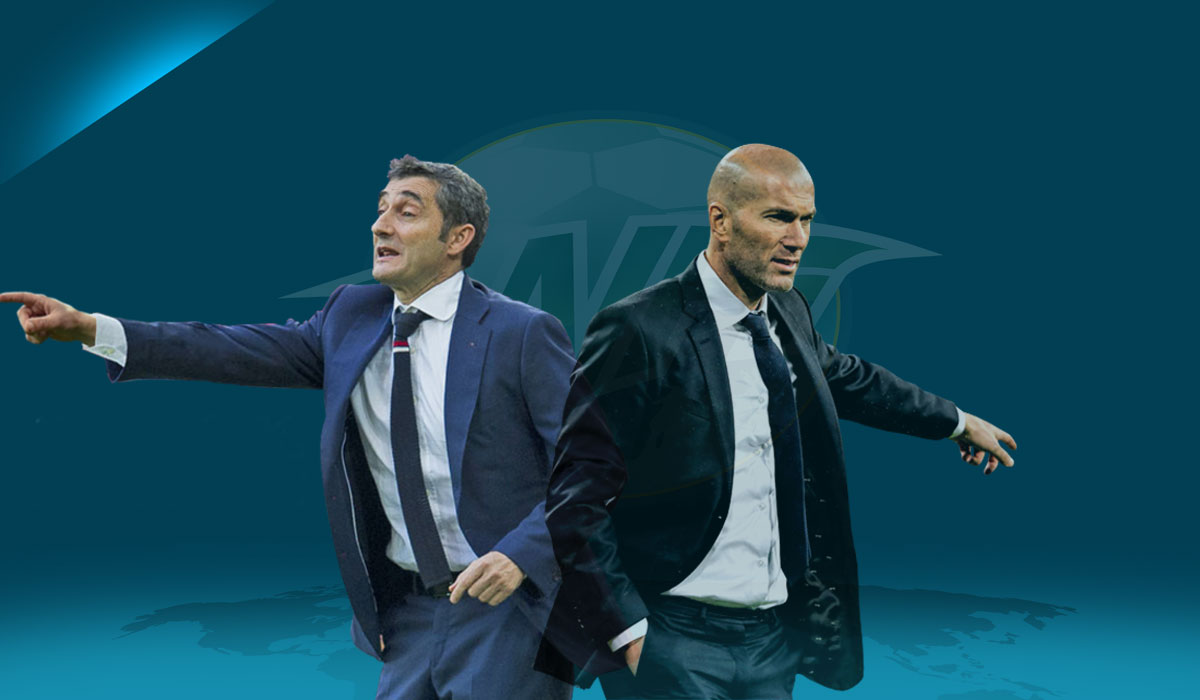 “Numbers don’t lie,” said Real Madrid’s all-time leading top scorer. The best player in the world won almost every major trophy available to him and his side in 2017. In that time, Cristiano Ronaldo’s stats were staggering. Now? Not so much.

Whistles were all around the Estadio Santiago Bernabeu as Zinedine Zidane made the changes: Lucas Vazquez and Marco Asensio in for Gareth Bale (who was probably the best attacker on the night) and Isco, the little magician who was running the show and was unequivocally the only creative flair Madrid had in midfield.

However, whether those whistles addressed the changes or the performance is a subjective matter, writes Mudassir Mustafa.

Zidane put out his strongest XI, at least on paper, as the performances of late show that he might be wrong. Madridistas squirmed when the lineups came out, but the manager’s selection – the omission of Dani Ceballos again from the matchday squad, relentlessly flawed tactics – showed how sated he was.

The match was a true struggle for Real Madrid — they were shadows of their former selves, losing the punch they once had to finish off tough games; they continue to fall from grace. It was pouring down in Madrid, the rain chipping in more misery to Zidane’s faultering campaign.

The night was the first time of many things – Villarreal’s first ever win at the Bernabeu, Madrid’s first back-to-back La Liga losses at home in eight years, Florentino Perez still not sacking the manager despite being 19 points behind the leaders, but a few things remained unchanged too – recurring to be exact.

Real dominated the game – if you count possession, countless crosses, hundreds of successful passes leading to weak or even useless shots on goal as ‘domination’. The game against Villarreal, reminiscent of the game against Real Betis earlier in the season, sums up Madrid’s struggles this campaign in front of the goal.

As the match grew, so did the frustration. Arms were in the air, disappointment was all over the pitch. However, for the men in yellow, it was going exactly as they had planned: they defended till the end and got away with the perfect result, adding to Zidane’s problems.

It was the 80th minute on the clock, and Real sought a goal via their 12th corner of the night, but it was Villarreal who took advantage of the situation. Denis Cheryshev, a Madrid reject in 2015, ran with the ball and passed to Enes Unal, whose shot was blocked by Keylor Navas, but the rebound fell kindly for Pablo Fornals, who chipped the ball over the helpless Costa Rican. 0-1 to Villarreal.

The euphoria of Javier Calleja’s men met with Zidane’s despair.

Zidane was clueless in the post-match presser – furious with the press for again asking what he deems to be a redundant question: Why? His answers are recurring, but they are statements more than answers, overdosed with poignancy. Well, many might argue that luck has played a comprehensive part in Zidane’s success, and that this time it is not there; maybe they don’t deserve it as well, at least with this performance.

Referees have also played their parts in this trail of 19 points; Madrid were denied 2 penalties this Saturday. Toni Kroos insisted that “Anyone who says we played badly has no idea about football,” but perhaps it’s the players themselves who are losing the plot.

Kroos’ defensive struggles and not covering when Marcelo gets caught high up the pitch have created havoc for the backline when Madrid are counterattacked. Luck is a very delicate matter: when everything goes your way, it’s a tactical masterclass; when not, it is what it is. In short, football is capricious and unfair.

Since the start of the season, many have highlighted the issues for Real’s slump. From the use of a 4-4-2 diamond formation to the squad depth, from the quality off the bench to the spirit to fight until the end, so on and so forth. One thing that has stuck too firmly is the complacency of the squad.

The desire to win, the fire that keeps them going forward, and the will to play their hearts out on the field are all seemingly things of past now. A team of Real’s stature should not have apprehensions over the starting XI, but the position holders in said XI must be among the finest (if not the finest) players for that role – at least that’s the way it has been in the past.

The contribution from the bench is noticeably inferior to last year’s – if facts are needed, you can watch James Rodriguez at Bayern, who happened to score a beauty of a free kick over the weekend, Mariano Diaz’s campaign in France, and of course, Alvaro Morata in England. Zidane has stuck to Lucas Vazquez, Asensio, and Theo Hernandez sometimes to push Marcelo up top – this has brought nothing in terms of results, and instead has brought countless crosses and some cringe-worthy moments in the hope that something might happen.

However, two of the finest players Zidane has at his disposal – Mateo Kovacic and Dani Ceballos, are often left out of the squad entirely, or not brought on when they are on the bench. But even when they are used, as they have been in the Copa del Rey, there is no chance to establish form and their season has been one of disruption rather than smooth integration, as the rot spreads through the squad.

So, the answers are explainable, but not explained. Stubbornness and complacency due to success have got the better of the team, and perhaps of the manager. The lack of desire is the main reason for their desperation.

Speaking of desire, Barcelona have plenty of it.

Barcelona’s recent history is lustrous, to say the least. Pep Guardiola, Tito Vilanova, Tata Martino and Luis Enrique – among them Barcelona have won 25 trophies, but a league win at Real Sociedad’s Anoeta is missing from their resumes. It has been more than a decade since Barcelona have managed to secure full points in Basque country’s San Sebastian.

The fear was real, probably too real, and Sergio Busquets’ ghosts were still there. 35 minutes gone, La Real were 2-0 up, and it looked like it would happen again. Lionel Messi was struggling to get on the ball, as the up-to-then unbeaten Barcelona were losing.

A few minutes passed by, and Paulinho found the net, who now has twice as many goals as any of Real Madrid’s player this season in La Liga. Barcelona were back in it, and a few minutes after half time, Luis Suarez drew the visitors level. 5 minutes before the final whistle, Messi netted an audacious freekick, and all Geró Rulli in goal could do was watch.

Ernesto Valverde did what many couldn’t: 19 points lead over eternal rivals Real Madrid, 9 clear of Atletico Madrid. In the league, they have been unbeatable, and they have 51 points on the board already in a campaign that was regarded to be doomed before it even started. Even after their 1-0 defeat to rivals Espanyol in the first leg of their Copa del Rey quarter-final, things still aren’t looking too shabby.

In contrast, Zidane’s doubters are everywhere – the narrative ‘he is a fluke’ is gaining momentum now. However, sacking Zidane is not the ideal solution here. There is not an imminent replacement ready to promote from within, at least not yet. Neither Guti or Santiago Solari are ready for the job.

In hindsight, things need to change, be it the stars in starting XI, or the tactics as the Paris Saint-Germain encounter draws ever closer. Perhaps the Champions League is more important than the league; it always seems like this, but the squad needs to understand, there are no untouchables at Real Madrid.