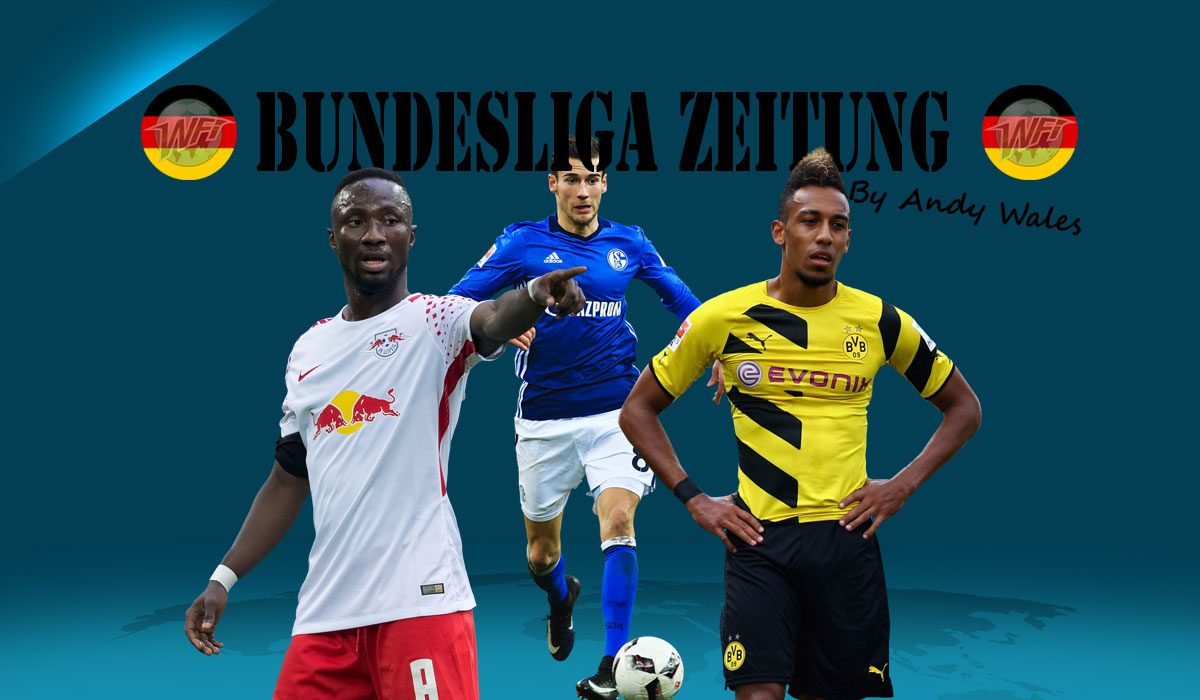 After a suitably long break, the BuLi’s back in town. I’ll refrain from continuing to adapt Thin Lizzy lyrics, but will unapologetically not refrain from sharing my delight at seeing Germany’s top division make its return, writes Andy Wales.

Despite the fact that most German clubs don’t usually get caught up in the drama of the January transfer window, the winter break has been fairly eventful for a few of them.

Typically, the January window will see Bundesliga sides tie up deals for the summer – yes, stereotypical German efficiency of getting business done early! One such notable deal is Schalke securing the services of Hoffenheim striker Mark Uth on a free transfer when his current deal expires on 30th June.

Uth has had an impactful season for Hoffenheim, scoring 12 goals in all competitions. His team mate Sandro Wagner is also on the move. The Germany international striker has re-joined his boyhood club, Bayern Munich, on a two-and-a-half-year contract. It’s an addition that provides much needed support to Robert Lewandowski, and perhaps a little competition too.

For Hoffenheim it’s a further weakening of their squad, as they also saw Niklas Süle and Sebastian Rudy move to Bayern last summer. With Wagner now gone, the Uth move to Schalke confirmed, and question marks over the future of coach Julian Nagelsmann, it must be a concern to the club as to what the future holds.

Rumours linking Nagelsmann to head coaching roles at either Bayern or Dortmund at the end of the season simply won’t go away, so this summer could be a pivotal one for Hoffenheim.

For Schalke, the positivity they’ve garnered from tying up Uth plus the loan signing of Marko Pjaca from Juventus has been tinged with the speculation surrounding the future of star midfielder, Leon Goretzka.

German media outlets reported that he’d opted to join Bayern when his current deal expires this summer. However, Schalke sporting director Christian Heidel was insistent that no deal has yet been confirmed by the player and that he trusted he would be informed once one is made.

Bayern CEO Karl-Heinz Rummenigge has since been quoted as saying: “I heard he will announce his decision in a few days, it would be nice if he decided Bayern Munich.”

Some may take that as things still being up in the air, others would suggest that Rummenigge talking openly about the player like this means Bayern know they have their man. The latest seems to suggest that it’s the latter.

Goretzka has agreed to join Bayern, subject to medical. https://t.co/9gTw35U5iN

Thankfully, attention on Friday night concentrated on the return of the action to the pitch. Bayer Leverkusen played host to Bayern, and with a good recent run of form, aided by rising stars Leon Bailey, Kai Havertz and Julian Brandt, Leverkusen felt a sense of optimism as the Rückrunde got underway.

However, it was Bayern, with their considerable strength in depth, who took charge of the game and exposed spaces in the wide defensive areas of Leverkusen.

The Achilles heel for Leverkusen this season has been defending set pieces, and that curse struck again as Bayern took the lead. The champions added a second and looked in control until Kevin Volland reduced the arrears and gave the home side hope.

Leon Bailey had shown his talent and blistering pace in glimpses throughout this game, including hitting the bar, but ultimately it came to nothing as any lingering hope of an equaliser was quashed by a magnificent free-kick from James Rodriguez in injury time.

For all Bayern’s triumphant return after the winter break, attention quickly returned to the transfer window and the future of a high profile young midfielder. Except it was not Schalke’s Goretzka as the focus of these particular rumours, instead it was Naby Keita, who plays for their opponents on Saturday evening, RB Leipzig.

As I wrote in this column before the winter break, it was predictable that rumours of him completing his move to Liverpool in this window, rather than wait until the summer, would surface.

Reports from the local newspaper (Leipziger Volkszeitung) began to emerge on Friday evening, and they reported that the match against Schalke would be his last for the club.

Hysteria ensued online, with claims ranging from a deal being done to it nearing completion, further fuelled by the discovery of NK8 being registered as a company in the UK.

Things began to calm when Leipzig publicly confirmed that Keita will remain their player until July.

OFFICIAL: Naby #Keïta will remain an #RBLeipzig player until 30th June 2018. We wish to put the speculation about a January move to @LFC to bed. pic.twitter.com/Cilx09m24e

In the middle of all this madness was an actual game of football, and Keita certainly made his mark. His deflected strike gave the hosts the lead and, despite him being Leipzig’s best player, Keita was withdrawn, probably to save him from a second booking and another suspension.

Schalke were somewhat under par in this game, but drew level via Naldo. However, the game changed with the introduction of Leipzig and Germany striker Timo Werner. His pace and direct play was immediately an issue for Schalke and it took him only five minutes to score before Bruma added a third.

In the end, a good win for Leipzig and for their aspirations of playing Champions League football again next season. For Schalke, evidence that although they’ve made considerable progress under Tedesco, they still have some way to go before they convince me they can leapfrog Dortmund as Bayern’s closest challengers over a full season.

The final bit of business for this week’s Bundesliga Zeitung takes us back to transfers; this time surrounding Borussia Dortmund. The club tied up a deal for young Swiss centre-back Manuel Akanji from FC Basel. The deal is reported to be worth around €22m and he had attracted interest from Liverpool, so Dortmund’s sporting director Michael Zorc was pleased to get his man.

He was not so pleased with star striker Pierre-Emerick Aubameyang though and the player was subject of another internal disciplinary matter.

This story has since progressed, with growing speculation that he could be on his way to Arsenal. If that, or any other deal for him, happens in this January transfer window, it will be a shame to see such a talented player end what has been such a productive time at Dortmund in such unsavoury fashion.

It would also be a shame to see another star player leave the Bundesliga, but one thing is for sure, nobody builds new stars quite like the Bundesliga.