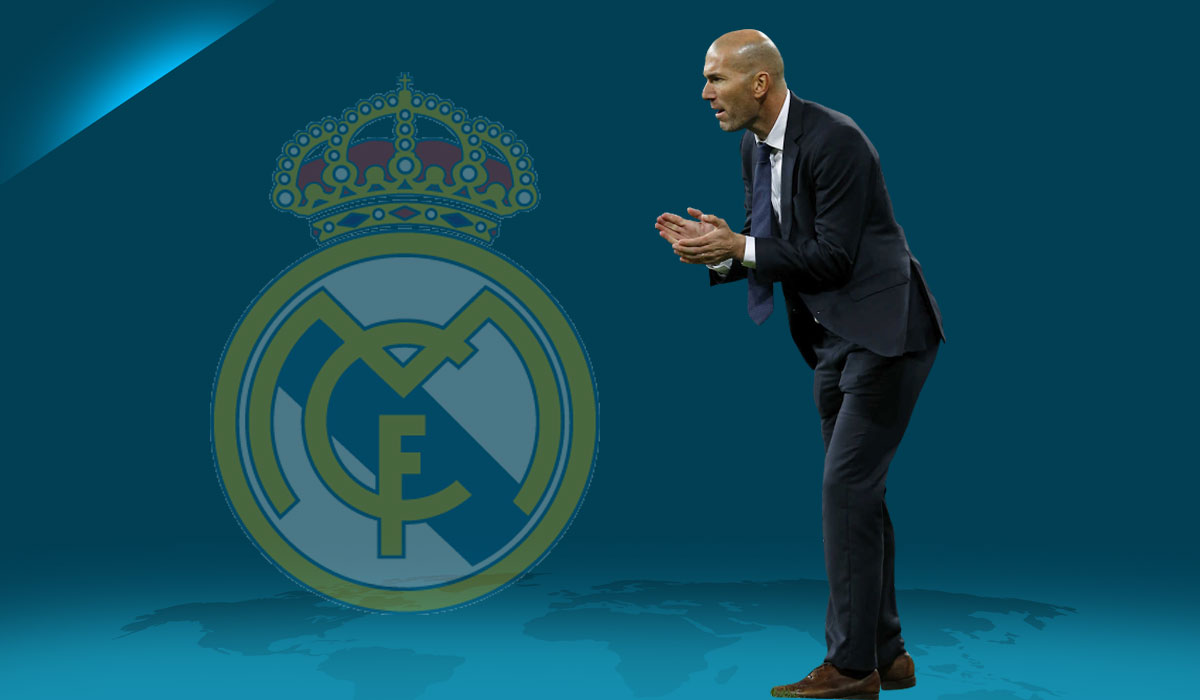 Thousands of words have been written over the past month regarding the spectacular collapse Real Madrid suffered in the second half of El Clasico, and the lacklustre performances that have followed since.

Vitriol has been spewed at almost every player in a white jersey who played in that match. Zinedine Zidane has not escaped unscathed, as was likely, given that this is Real Madrid.

However, let’s for a moment take a step back and analyze why every Madridista suffered in mute horror while Barcelona cut through Real Madrid with ease. Should we not have seen this coming? writes Ahmed Salman Khan.

Let’s start in August, when in a space of ten days or so, Real Madrid played two of the biggest and strongest clubs in world football, Manchester United and Barcelona, and made them look like amateurs.

Every single Madrid player was in sync with the team and the system, and we were finally seeing a Real Madrid that played as a sum of its parts, carrying on from the second part of the brilliant last season. However, immediately afterwards, cracks began to appear, as they dropped points home and away and embarked on the shakiest of starts to defend their title as Spanish champions.

With perhaps the exception of the opening few matches of the Champions League, every match turned into a laborious effort to make a dent on the score sheet. Some attempts were successful; others, like the one against Real Betis, were a reminder that this team was actually struggling.

Apart from a strong showing against a weakened Sevilla side, we did not see the kind of swashbuckling displays this very team became known for. Therefore, when Barcelona came to town on the 23rd of December, even the most confident of fans must have felt a twinge of nervousness, victory in the Club World Cup notwithstanding, and sure enough, after a momentous effort in the first half, a valiant effort just seemed to fade away in the second.

We have seen with Chelsea in the Premier League this season that a system which was used to much fanfare last season – a three man back line with wingbacks – is no longer having the same impact this term. The reason is simple: at the elite level, you have to keep adapting and innovating tactically, otherwise opposition teams figure out ways to stop you. And that is one of the flaws in Real Madrid this season.

Much has been made of the fact that Ronaldo and Benzema are not scoring, coupled with Bale’s usual injury problems and a lack of firepower on the bench. But the problem also lies in the midfield tactics, wherein teams have realized that the standard Madrid attacks stem from Isco roaming the pitch to create numerical overloads and their fullbacks bombing up the pitch, allowing the forwards (Benzema and Ronaldo) to get closer to the opposition box.

The opposition have realized that, by stifling the centre of the park (like Tottenham did at Wembley), Madrid fail to create chances from central positions and settle for crossing aimlessly into the penalty box.

Zidane reacted to this by making the whole midfield far more flexible, theoretically allowing the likes of Luka Modric and Toni Kroos to have almost as much freedom as Isco in the build-up play. This went wrong on two accounts.

First, with so many bodies in the midfield, the out-ball becomes very difficult to execute because it’s harder to find a player amidst the congestion. Secondly, the team has suffered horribly in transition because the midfielders were no longer in a position to counterpress effectively when the ball was lost.

Consequently, the role of Casemiro became magnified. In the current midfield set-up, Casemiro steps out immediately to counterpress when the ball is lost, taking valuable time in which he can recover the ball before it is released or the team has time to recover and get bodies back to defend in shape.

While defending as a team, Casemiro covers channels just in front of the defence, pressing the ball on the wing, defending through the centre or stopping cutbacks in the box. He has done an absolutely magnificent job of it over the past couple of years, establishing himself as one of the best in his position in the world. However, when Real Madrid have the ball, his weakness in possession has become a hurdle which, til last year, the otherworldly form of every other ball player like Modric, Kroos, Isco and Marcelo more than compensated for.

Teams now savagely press Casemiro as soon as he’s passed the ball — so much so, that even his teammates look for a more difficult passing option even when he is open and willing to receive the ball. While he has improved on this facet of his game quite a lot, he is still the weakest link when it comes to passing in the starting eleven. And this season, Madrid are suffering because of it.

Exhibit A: Barca’s second goal came after Casemiro lost the ball and the resulting play ended with a Paulinho header at a gaping net, a Dani Carvajal handball (and subsequent red card), a Messi penalty, and the end of Madrid’s chances of victory.

Therefore, while it is safe to play Casemiro and let him do the job you know he will, it is perhaps a wiser move to replace him with a midfielder who is stronger in possession, such a Mateo Kovacic, or even Marcos Llorente. It would allow Madrid to have tighter control over the match, therefore lessening the need for Casemiro’s skill-set, like we saw in Ancelloti’s second season during that brilliant run, but without the pitfalls suffered because they now have an extra midfielder (instead of the BBC) in a 4-4-2 diamond, as well as the benefit of having fresher players and more midfielders suited to the system.

Another contentious issue is Zidane’s unshakeable faith in Karim Benzema. While I firmly believe Benzema is one of the best attackers in the world – with a deft touch, great eye for a pass and brilliant movement in attacking areas – it has been a while since we saw much of this on the field. This can partially be attributed to the whole team’s form and struggle with injuries.

However, for such a senior player with almost 8 seasons at Madrid under his belt, it is in tough matches that you need your number 9 to step up and make good of a half chance to give your team the advantage. But it is evident that he’s currently suffering from a severe lack of confidence and competition.

Which brings me neatly to Gareth Bale, because he is suffering from neither. He’s not a traditional number 9, but neither is Benzema for that matter. And an argument is to be made for this Madrid team not needing a traditional number 9 at all, with the presence of Cristiano Ronaldo, and what the likes of Bale and Isco can bring. Until he gets his golden touch back (or til someone suffers an injury — ahem, Bale), the Frenchman should start on the bench.

While Zinedine Zidane is not given the kind of credit he deserves for being tactically astute, we have to realize that it takes a brilliant footballing brain to win the trophies he has as manager, beating some of the best teams and coaches around the continent in the process. The Champions League final triumph in Cardiff over Juventus is testament to this statement.

He also installed Casemiro in the starting line-up the moment he discovered Madrid’s weakness, albeit that’s something Rafael Benitez tried (and failed) to accomplish. He out-thought Diego Simeone when he started Kovacic and Modric as a double pivot in a flat 4-4-2 with Isco and Ronaldo up front.

He started playing a 4-4-2 diamond with Isco as the attacking midfielder when Bale got injured and the Spaniard was irresistible. He found a system in which each player has the chance to shine to the most of his capabilities, and I am confident that he will succeed in figuring out a solution to this predicament as well.

The transfer market offers some interesting solutions, but only after the conclusion of this current season. I believe that Madrid need a mobile goalscoring forward, in the number 9 position. Harry Kane should definitely be targeted. However, Daniel Levy proves to be a big enough hurdle. Because of that, perhaps Mauro Icardi of Inter Milan should be Madrid’s number one priority, as being the best natural striker in the Italian League is no easy feat.

Another position which needs to be upgraded is the goalkeeper. The prime of Keylor Navas is behind him. Madrid needs the kind of elite keeper who can save matches all by himself, like David De Gea has done for Manchester United for several seasons.

Maybe Thibaut Courtois or Gianluigi Donnarumma fit the bill, whereas (in my opinion) Athletic Club’s Kepa Arizzabalaga definitely does not. Last summer, Real Madrid planned for the long-term future by investing in young talent like Dani Ceballos and Theo Hernandez. This summer, Madrid needs to plan for the immediacy of next season.

Hopefully, the current set of players can recover the half-yard of intensity they have lost due to overconfidence in the aftermath of Madrid’s recent successes. However, it might be too late.