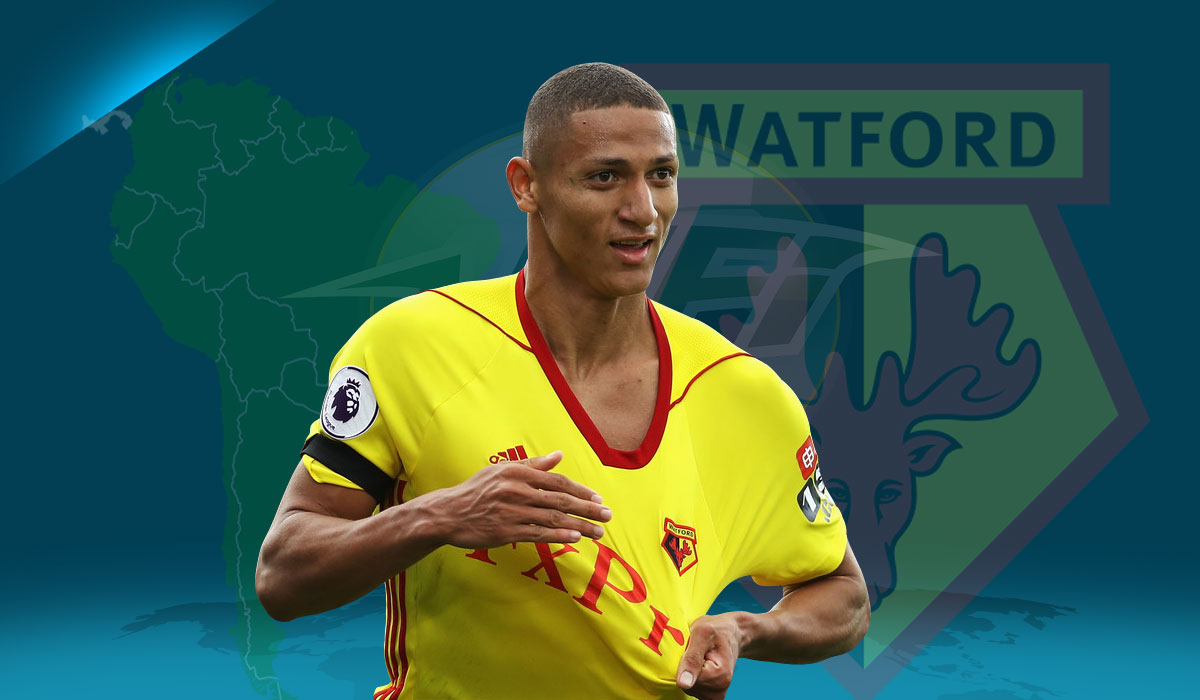 In the early 20th century, European clubs began to take advantage of the footballing revolution in South America.

The continent had started to develop a style and identity that would rival Europe’s and eventually surpass it, producing wonderful individuals who demolished European nations in the inaugural World Cup, exciting fans when South American clubs started touring on the other side of the Atlantic, writes Frederick Clayton.

The professional game had long been established in industrialised Europe, and so Spain and Italy’s biggest clubs began recruiting South Americans, with the lure of greater salaries, improved living conditions, along with with close cultural ties and good weather.

Ever since, the move across the Atlantic has become increasingly inevitable for South America’s best talents, creating a market that has been dominated by Europe’s biggest clubs who, spearheaded by these players, have won domestic trophies and European titles.

However, over the past ten years, as scouting networks have widened, financial backing has increased, and restrictions on work permits have loosened, more and more Europeans clubs have been able to get in on the South American market.

Indeed, the number of South Americans who have played in the Premiership has tripled since the turn of the decade, and Watford FC are perhaps the finest example of a smaller club who have recognised and realised the benefits of attracting players from that football-mad continent.

Watford have five South Americans in their Premiership squad, fewer only than champions-elect Manchester City, who have six. Two weeks ago, Andre Carillo became the third Peruvian to score in the Premiership and has so far looked excellent, whilst Watford look a much better side when the injured Uruguayan defender Miguel Britos plays.

Huerelho Gomes has provided a mostly reliable option in goal for the past few seasons, and although Argentinian Roberto Pereyra may not yet have established himself as a member of the first team, one of the Premiership signings of the summer has undoubtedly been the majestic Brazilian Richarlison, who was largely responsible for Watford’s excellent start to the season.

Despite an ongoing mid-season slump, Watford’s side have played entertaining and attacking football this season, being outscored only by the ‘big six’ and Leicester. 20-year-old Richarlison, who now looks a bargain at £11.2m, has been involved in over a third of those goals, and has been at the heart of their best attacking performances.

Many South Americans who move to smaller European sides often do so after failed or uneventful stints with bigger clubs that have established scouting networks set up in South America.

Most of Watford’s South American imports have been transferred in from other European clubs, but Richarlison was signed straight from Fluminese, which, whilst highlighting Watford’s expanding presence in the talent market, comes with other benefits too.

If the player continues in his rich vein of form, his value will only increase, and if bigger European sides do come calling, Watford will be the club to have benefited from unearthing such a gem, both on the field and financially.

Watford manager Marco Silva deserves massive credit for signing Richarlison, with the Brazilian admitting that the Portuguese-speaking coach was a huge factor in the player’s decision, highlighting the importance of cultural familiarity and a diverse staffroom when it comes to signing players from the other side of the world.

In fact, Richarlison is only one example of the club looking to gain an advantage by signing the player at the source; if not for a failed work-permit application, Watford would also have signed Venezuelan U-20s captain Adalberto Penaranda last summer. If Watford continue to do good business in South America, we can expect even more from the Hertfordshire club in future.

South Americans are famous for their football, and for playing it in a way that fans enjoy watching. The continent has produced players and teams in the past that have reached mythical status. Once upon a time, these players were quicker to return to their native continent after stints in Europe, when long-haul journeys on sea were the norm, adding to home sickness and cultural intimidation, making a permanent move a much more daunting prospect.

With the advent of low-cost and ubiquitous air travel, along with regular international breaks and tournaments, the world has become a smaller place, which is good news for smaller clubs.

Fans in Europe are now seeing much more of South America’s legendary talent in person, none more-so than the Watford faithful, whose club has built a squad around such excellent talent; if they can recover from their recent dip, the club look set for their best season yet in the Premiership.