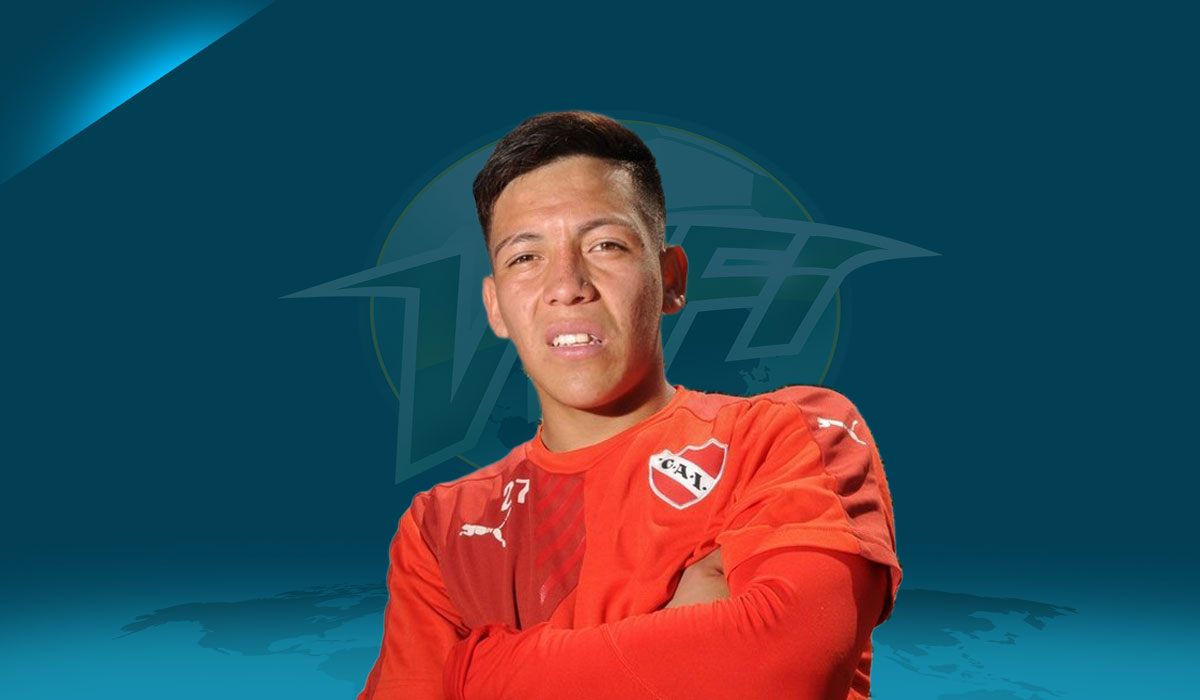 Ezequiel Barco is one of the most prominent prospects in Argentina, where he has dazzled the Independiente faithful with his magical skills.

As a result, he is wanted by some of Europe’s biggest clubs, as well as Major League Soccer’s Atlanta United, writes Youssef Amin.

Who is Ezequiel Barco?

Barco was born on the 28th of March 1999 in Villa Gobrenador Galvez, a city in the Argentinian province of Santa Fe. He started off his youth career at a small local club – AA Jorge Bernardo Griffa – before joining Independiente’s youth setup at the age of 14.

He progressed through the ranks, eventually earning his debut in 2016 under head coach Gabriel Milito at the tender age of 17. He scored his first goal for the club just a fortnight later, and he hasn’t looked back since.

What is his style of play?

Barco was an archetypical number 10 for most of his career, but he has recently been converted into a very effective inside-forward that cuts in from the left by Independiente’s current head coach, Ariel Holan.

He is a very proactive player who loves dribbling and getting at his defender; he is also very creative, and his eye for a pass is obvious. He struggled at first with his positional change – it took time to adapt to the rigours of playing as a ‘winger’ – but as he stated in an interview recently, he has gotten used to it, and he is really enjoying the space afforded to him out on the left.

This space allows him to utilise his dribbling, close control and acceleration to really drive at defenders. He isn’t one-dimensional, either — he is as comfortable cutting inside and playing an incisive pass or taking a shot as he is with going on the outside of the defender and putting a ball in. In short, his complete skillset makes him a force to be reckoned with, and he has taken to his new role like a duck to water.

Barco’s biggest strength is undoubtedly his dribbling, especially in his new position. He really loves taking players on using his close control, and his skills help him glide past defenders with ease.

He isn’t the quickest, but he has a very good acceleration, similar to another Independiente youth product, Sergio Aguero. He also has very good vision – a staple of a natural 10 – which gives him the uncanny ability to unlock defences with one pass. He has the perfect skillset to become one of the best Argentine attackers for years to come.

His defensive contributions have improved since he was shifted out to the wing, he is always tracking back to help left back Nicolás Tagliafico. This is something which was missing from his game before, anshe had previously been accused of being lazy in this area of the game.

He also has built an almost telepathic understanding with Tagliafico, and they always pose a threat when the full back overlaps. Barco cuts inside and if Tagliafico is free he plays it to him. If his team-mate takes the defender with him it then opens up space for Barco to either continue dribbling or take a shot.

Yes, Barco is a very skilful player, but he sometimes spends too much time on the ball, which can be detrimental to the team: he often tries to take on too many players, meaning he can often lose possession for his team, especially when he is having an ‘off day’.

His physique is also not the best — he is quite weak, meaning that he gets shrugged off the ball too easily by stronger defenders. He is also a little on the short side; at 167cm tall, his lack of height only accentuates his physical frailties. However, it is worth mentioning that he is still only 18; he still has time to develop physically.

Something which can also hamper his overall play is his mentality: when things are not going well for him, he tends to sulk and strut around the pitch, offering no contribution of note to the team.

Barco is similar in style to Real Madrid and Spain playmaker, Isco. He has the same languid style when on the ball and always looks graceful in possession.

The ball is always glued to his feet as he is dribbling, and he has the ability to turn the game on its head with a single moment of brilliance.

Barco will probably end up in Europe sooner rather than later, and it will be interesting to see how he copes with the demands of European football; for someone has talented as him, staying in South America for much longer isn’t really an option. However, he has to make sure that his mentality doesn’t hold him back.

As mentioned before, another option would be going to Atlanta United. They are the side that have shown the most concrete interest in him so far, and seeing him playing under head coach Tata Martino would be very interesting indeed. Playing in Major League Soccer would also make him more visible in the European market and ensure a move to a prestigious club if he does well.

No matter what happens, he is definitely worth keeping an eye on.