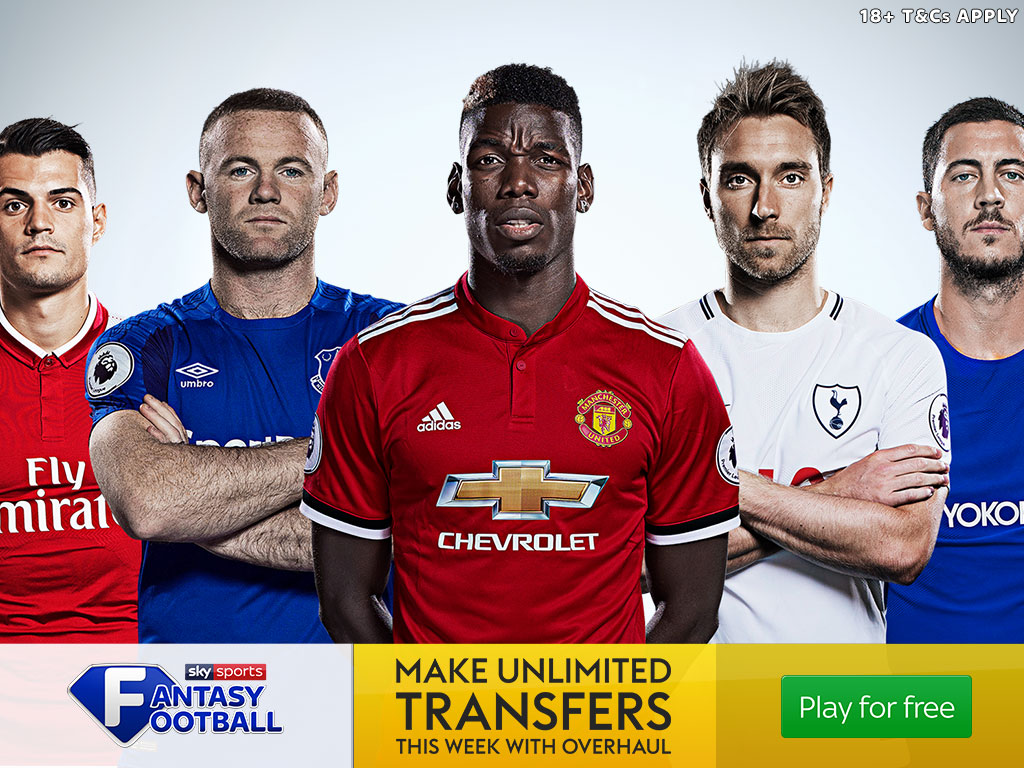 While more than half of Sky Sports Fantasy Football players have Harry Kane and Mohamed Salah in their teams, there are a whole host of high-scoring names that are not getting the attention they deserve this season.

Some are not particularly surprising, such as Brighton duo Mat Ryan and Pascal Gross, but the same cannot be said for the likes of David Silva and Mesut Ozil.

Those two World Cup winners feature in a very creative midfield below, as we compile Sky Sports Fantasy Football’s most underappreciated XI…

Nick Pope has captured most of the Sky Sports Fantasy Football attention for a goalkeeping bargain, but Mat Ryan has been equally impressive. The Aussie is currently selected by just 1.09% of players, but with Burnley sitting at the foot of the Premier League form table, more players should be looking to Brighton’s number one, who is currently averaging three saves per game.

Despite starting just 17 of Chelsea’s 27 games, Antonio Rudiger sits a respectable eighth when ranking Sky Sports Fantasy Football’s top-scoring defenders. Ten clean sheets, two goals and a man of the match award make it a shock that he features in just 1.19 per cent of teams, especially as he has begun to become a regular in the Blues’ backline, with both David Luiz and Gary Cahill more popular picks.

Perhaps due to his hefty price tag, making him the seventh most expensive defender in Sky Sports Fantasy Football, Jan Vertonghen is a surprisingly unpopular pick this season. The Belgian is worth every penny though, and the measly 5.52 per cent of managers opting for his services are benefiting from him being Spurs’ top-scoring defender in the game this term.

Among the eight defenders with the most points in the game, Nacho Monreal is the cheapest – and only less popular than Rudiger. Despite a return of 150 points for just £8.5m, less than four per cent of players have put their faith in the Spaniard – who, while performing his defensive duties, has been involved in six goals this season.

Perhaps it’s understandable why only 4.43 per cent of players have put their faith in Alfie Mawson, considering the defender has been involved in a relegation battle all season. But that makes his return of 118 points all the more impressive – especially for a price of £7.3m.

Maybe due to his January transfer saga, less than two per cent of players have picked Riyad Mahrez. That’s an almost criminal statistic for a player who picked up 11 individual accolades in 2016 and has been involved in 17 goals this season. There’s a reason why Leicester reportedly demanded £95m for him last month – and more than 98 per cent of players aren’t seeing it.

Only four of Sky Sports Fantasy Football’s 25 top-scoring midfielders come for a price cheaper than £8m – and Brighton’s Pascal Gross is one of those. Directly involved in exactly half of Brighton’s goals this season, the German has been a superb signing for the newly-promoted outfit, but has been recognised by less than six per cent of players.

It’s seems ridiculous to consider David Silva as underappreciated, but the silky Spaniard appears in less than five per cent of Sky Sports Fantasy Football teams this season. That’s despite an incredible return of 149 points – deriving primarily from five goals and eight assists, but complemented by 16 pass bonuses.

Mesut Ozil is another player it seems strange to include in this team, but the lack of appreciation shown to him in the game is perhaps the greatest of anyone. Just over two per cent of players have chosen Ozil, one of the most creative players in world football. It’s not for lack of product this season either, with him ranking eighth among the game’s midfielders this term, despite missing a handful of games.

Despite having more goals to his name this season – and a cheaper price tag – than Romelu Lukaku and Roberto Firmino, Jamie Vardy is much less popular in Sky Sports Fantasy Football. Three times as many players have picked Firmino, and seven times as many Lukaku, despite Vardy last week also becoming the first player to score against each of the Premier League’s big six in the same season.

Eight goals, five assists, three man of the match awards – and all benefited from by less than three per cent of players. Heung-min Son has come into his own on the big stage that is Wembley this season, forging his way into a regular spot in the Tottenham team. Undoubtedly South Korea’s star man, the determination to carry momentum into this summer’s World Cup is clear, but it’s going unnoticed by plenty in Sky Sports Fantasy Football.

Who will make your Sky Sports Fantasy Football team? Select your XI for free now.

Loading...
Newer Post
Why Patience Is Needed In The Case Of Marcus Rashford At Manchester United
Older Post
Boos for Arsenal Despite Europa Progress After Ostersunds Loss