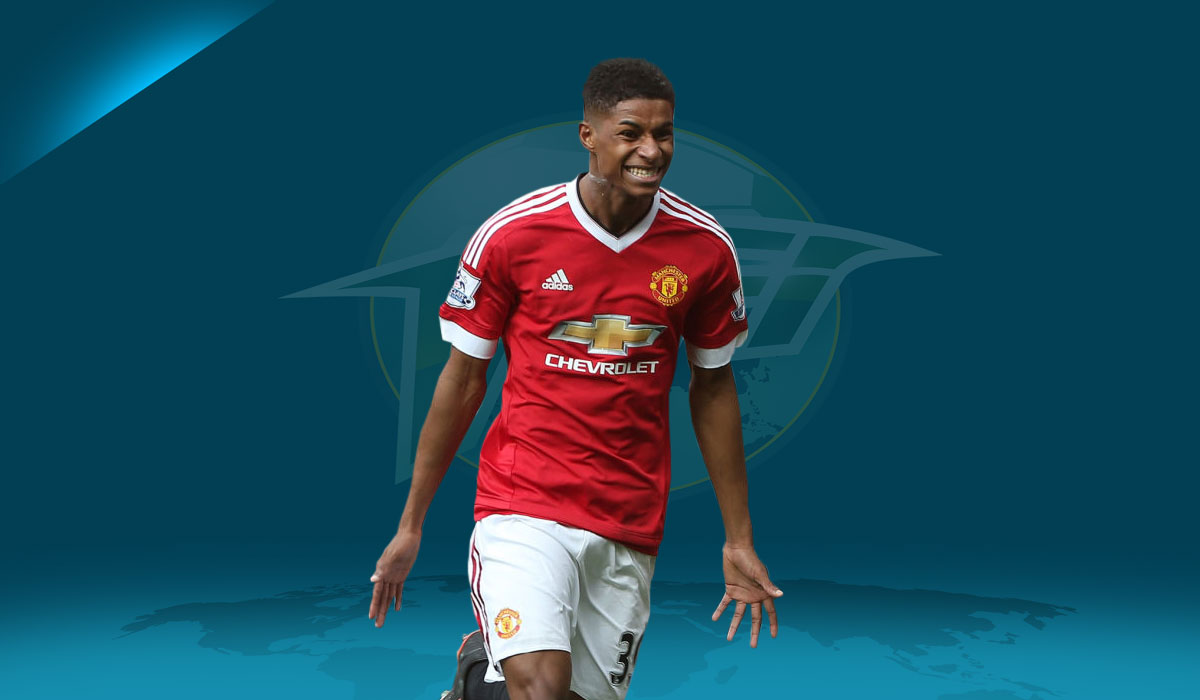 After being dropped to the Manchester United bench for the last few games after a spell of poor form and the arrival of Alexis Sanchez, many have been suggesting that Marcus Rashford should have gone on loan for the sake of his development, but there’s no need to panic just yet, writes Stephen Fox.

The arrival of Alexis Sanchez from Arsenal to Manchester United caused quite a stir in more ways than one. While many argued about the wages that United were willing to offer the Chilean on a weekly basis, there was also the argument about where exactly Sanchez was going to play in Jose Mourinho’s team.

Many assumed that he would play on the right hand side of the pitch, an area that United were crucially lacking in, while Anthony Martial and Marcus Rashford would battle it out for the spot on the left. This hasn’t happened, with Alexis usually on the left and Martial on the right, while Rashford has been dropped to the bench, causing mass hysteria from the media to the fans, with many suggesting that he needs to go on loan to get game time for the sake of his development.

A loan is a decent idea in theory, but the reality is that it’s unnecessary. While Mourinho is not known for giving young players a chance, with a clear preference for the finished product over a still developing one, he has given Rashford plenty of game time and opportunity for development in the first team. He has already made almost forty appearances in all competitions this season — he isn’t struggling to get on the pitch for United, and he isn’t going to be a permanent member of the bench either.

The arrival of Sanchez does offer United (and Rashford) problems in the short-term – especially if he is going to play on the left, which is a rather perplexing move – but within time, it should become apparent that he’ll be moved elsewhere to free Martial and Rashford back to the left.

The prospect of Sanchez hampering Rashford’s game time and development is similar to the arrival of Zlatan Ibrahimovic back in the summer of 2016. Many were concerned that Rashford’s time on the pitch would be diminished, but this wasn’t the case at all, and he continued to be a regular in the first team throughout the season along with Ibrahimovic.

However, Rashford’s form has dropped off recently, which hasn’t helped him convince Mourinho to play him as a starter ahead of Martial, much less Sanchez, but it’s important to remember that the young Englishman only celebrated his 20th birthday three months ago — he’s still developing as a player, and he is always going to have dips in form just like the majority of young players do in the world today.

Anthony Martial was very poor last season, and he suffered the same fate of being dropped to the bench, but now he’s become one of United’s best players this season. It’s common for football fans to become very excited for young players, especially when they start their careers off in fantastic fashion like Rashford did.

Sure, Kylian Mbappe is already a world class player, and already one of the best players in the world, while only being nineteen years old but Mbappe is a once in a generation talent.

It’s very rare that players at that age become instant world class players and it isn’t always an indicator of how their careers will turn out – Wayne Rooney was already world class by age nineteen, whereas Cristano Ronaldo was still developing from a frustrating winger into becoming one of the best players in the world when he was in his early twenties, and look at who ended up with the more extraordinary career of the two.

Is Rashford a once in a generation talent? No. Is going to be a world class striker? It’s highly unlikely. But he is a top prospect, and once he has reached his potential, or at least something close to it, he should be a prominent member of the Manchester United side for years to come. If Rashford was to have been sent off on loan in January, would that really have improved his development as a player?

While he may have gotten more game time as a starter, United would have to ensure that whatever club they would have potentially loaned Rashford out would actually willing and wanting to develop his skills as a player.

And what club could he have even gone to that were looking for players in his position? Newcastle United? West Brom? Two clubs in a relegation battle that would obviously be more worried about staying in the league at any cost instead of wanting to help and nurture a developing player.

The biggest reason as to why people need to have patience with Rashford is that United are involved in multiple competitions — they’re still in both the FA Cup and the UEFA Champions League, while competing to secure a top four spot in the Premier League. As a result, there are plenty of games left to be played, and players will be rotated in and out of the team to avoid fatigue and injuries.

Rashford will obviously get chances in the first team again, and it’s up to him to rise to the challenge that is in front of him and show that he can reach another level to compete with Alexis Sanchez and Anthony Martial.

So @talkSPORT still suggesting United need to send Rashford out on loan even though he's made 40 appearances this season including 20 starts. 10 goals, one behind last season's tally.

BUT yes, he needs to go out on loan to get game time. 😂 idiots.

There is also another position Rashford can challenge for, which is that of striker. He did break into the team as a centre forward for United when Louis Van Gaal was the manager, scoring two goals in his debut in the Europa League against FC Midtjylland. He went on to score two more on his Premier League debut, at home to Arsenal, before going on the score the winner in a Manchester derby the next month.

Many believed that he was United’s future No 9, and were concerned that the arrival of Zlatan Ibrahimovic could hinder that – but Rashford was able to operate on the wing which has helped secure more regular game time.

There is always the possibility that Rashford could revert to the central role at some point, and challenge Romelu Lukaku for a spot there. Lukaku as the main striker for United has been the subject of much conversation and many are unhappy with the lack of goals when compared to his time at Everton.

Competition isn’t a bad thing for players, it’s a good thing, as it gives them a goal to rise to. Can Rashford win back his place in the team? Of course he can. It wasn’t that long ago that Ashley Young (of all people) had displaced Angel Di Maria from a starting role in the team. Luke Shaw managed to work his way back into the team after being frozen out completely last season by Mourinho, so there’s no reason why Rashford can’t do the same for himself.

Rashford has the vast majority of his career ahead of him; this spell out of the side is nothing more than a bump in the road.