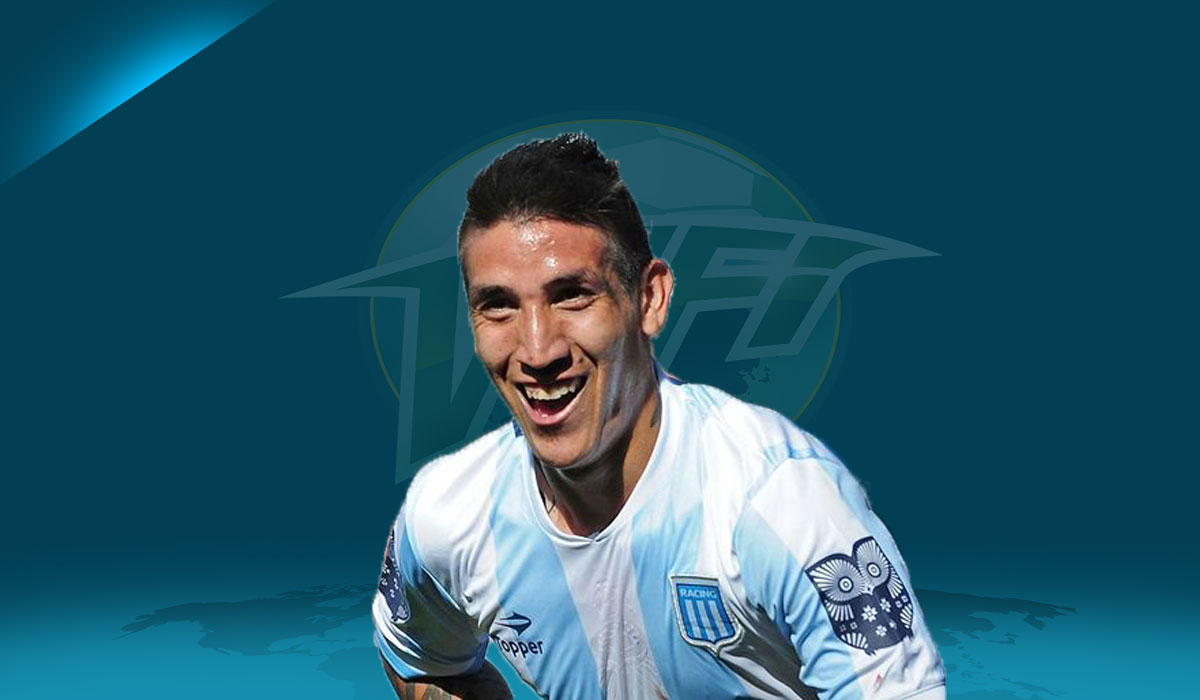 Racing Club’s Ricardo Centurion is a player that is usually in the news for all the wrong reasons. Not this week.

The enigmatic winger delivered a man-of-the-match performance against Lanus as he dazzled the fans with his skill and pace.

Almost carrying the Racing team on his back, it was a joy to see him performing again, writes Youssef Amin.

From a young age, Centurion was earmarked for greatness, but his off-pitch behaviour hindered his development to a massive degree. After breaking out from the Racing youth system and being touted as the next big thing to come out of Argentina, things didn’t go to plan.

He moved on loan to Genoa from Racing, where he was moderately successful, but he returned from his loan spell to move to Sao Paulo in Brazil, and that is when his career began to slide.

You would expect a player labelled by Roberto Baggio as his ‘heir’ to be flourishing, but his attitude and behaviour have let him down. He flopped at Sao Paulo, struggling to make an impact on the side, and his partying lifestyle was well documented in Brazil. Domestic violence charges by his ex-girlfriend were the last straw, and Sao Paulo decided to cut their losses. Boca Juniors then took a punt, and that decision had seemed to be a success.

Centurion almost single-handedly carried Boca to the title in a season which culminated in interest from Genoa in Italy, but the move fell through, and he returned to Argentina looking to sign permanently for the Superliga champions. Everything looked set until he got into a brawl.

The latest scandal appeared to be one too many for Boca, who cut short talks at the last minute. The player posted a rambling, almost illegible missive on Instagram explaining the deal was off. “When one makes a mistake instead of supporting you they let you go, what a shame Boca, to have this done to you with a joke of a board and president I left everything behind and came to sign for Boca, you never wanted me,” he fired at the Xeneize, as his career entered another limbo.

However, his old side Racing were willing to take a chance on him again. So far, he has looked like an inspired signing, with his skills obvious for everyone to see. Hopefully he keeps up the same level of performance and stays out of trouble, as a player of his quality is a joy to watch.

Elsewhere, Rosario Central stormed to a 5-0 win against a sorry Olimpo side, in what was probably the best team performance in the league this season. 20-year-old Andres Lioi grabbed a hattrick, and we may have a new star on our hands.

River’s woes continued as the biggest club in Argentina snatched a draw against Godoy Cruz, the latter of whom currently sits in 4th position after a season in which they have defied all expectations. River, meanwhile, are a lowly 19th in the table, and if Marcelo Gallardo hadn’t just signed a new 4 year contract, it would have been fair to say his job was under immediate threat.

Gifting a new contract to Gallardo now looks like an uninspired decision; he seems to have lost his spark, and has somehow lost his ability to perform the job of a manager adequately. This River side look aimless and without any objectives; you can sense that they are in desperate need of change. Considering that they have just overhauled their playing department, if a change occurred, it would probably be a change of manager.

Who cares about attitude when you are as gifted as he is. Absolute magician of a dribbler and pace to burn too. Terrorised Lanus today and his quality shone. Looking forward to more of "Discotech Centu" pic.twitter.com/WzbeD1csRD

Sebastian Ribas was an unknown journeyman before joining Patronato, and he is now one of the best strikers in the Superliga. With 14 clubs on his CV at the age of 29, you could be forgiven for thinking he was not very good at football, but his goals have carried Patronato so far this season. Without him, they would be firmly mired in the relegation zone.

Remember Llop? Well, Newell’s lost again. The clock is counting down on his opportunity at Newell’s, and this could be his last shot at the big time. Newell’s put in another dire performance as they lost 1-0 to San Lorenzo.

All in all, an interesting week, and we have a lot to look forward to in the next round of fixtures. Velez v River is the game that sticks out the most, but Rosario v Lanus also seems like a game with the potential to be a cracker.